Between the World and Me | Review

A powerful and unbearably moving adaptation of one of the greatest single volumes ever written about racism and what it means to be black in America, Between the World and Me pulls no punches, directly addresses viewers, and demands action. Based on the writing of Ta-Nehisi Coates and utilizing an all star cast of black actors to tell a continuous monologue full of fear, rage, sadness, and social commentary, Between the World and Me is an unmissable television and streaming event that cuts directly to a raw nerve of inequality and injustice. It can not be written off as a star-studded performance piece. It must be seen, heard, and understood in full.

The long-form essay Between the World and Me was conceived in a fit of exasperation by Ta-Nehisi Coates as an open letter to his fifteen year old son, who was distraught after learning no charges would be laid against the police officer charged in the shooting death of Michael Brown. In Between the World and Me, Coates reflects on what’s it’s like to be black, to experience racism and white supremacy first hand, and America’s history of brutality against people of colour; a history that was well documented before cell phones and body cameras. On the page, it’s a work of equal parts scholarship, memoir, unabashed honesty, and wholly justified and sometimes cathartic emotion. Between the World and Me remains a bestseller to this day, not just as part of a continuing call to remind people that Black Lives Matter, but because it’s one of the finest and most propulsive volumes ever written on race, saying more in less than two hundred pages than most white history books could ever contain.

Coates’ best known work was adapted in part for the stage by the famed Apollo Theatre’s Executive Producer, Kamilah Forbes, who returns to direct the screen version (with assists from David Teague and Lauren Whitehead in the adaptation department). Filmed in August of this year under pandemic conditions and at a moment in history when conversations about race, police brutality, abuses of power, and oppressive far right politics were at the front of most minds, this version of Between the World and Me manages to be just as profound as reading the book or watching a staged reading in a darkened theatre. A wide range of black voices – most of them actors or performers, some of them not – band together to share and relay Coates’ reflections on growing up in Baltimore, going to university in Washington D.C., meeting the love of his life, and raising his child in New York City, all while experiencing the neverending sting of racism, police caused violence, and inequality. It’s a powerfully written work delivered by someone at their absolute breaking point, and Forbes’ take on Coates’ words is appropriately direct and unambiguous. 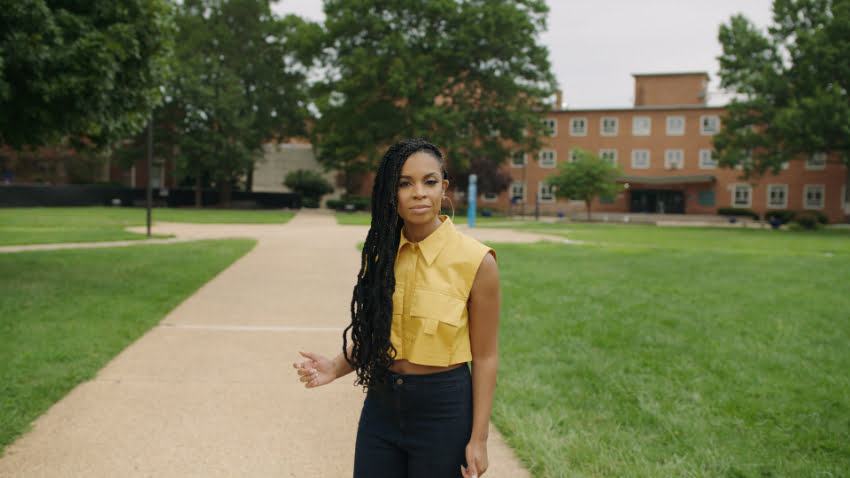 Between the World and Me captures Coates on-screen surrogates in intimate locations, be it their homes, their cars, or seemingly safe and wide open spaces. None of the readers enlisted for Between the World and Me “phone in” their performances in the slightest (even if “performance” seem like entirely the wrong word to use). They are shot professionally and with great care, with the speaker at any given time staring directly through the camera lens and into the heart, mind, and soul of the viewer. This isn’t only a head on confrontation. It’s an intervention, both for those who feel tremendous emotional pain and those struggling to understand it.

No one flinches. No one falters. Some are moved to tears. Others bear a steely, hardened resolve. The commitment on the part of all involved with Between the World and Me is unwavering. Everyone appearing in Between the World and Me understands the tone and tenor of Coates’ words expertly, and together they form a unified, strong, and deeply personal picture of blackness across stories of traffic stops, micro and macro aggressions, and friends lost to ignorance. Each speaker flows effortlessly into the next, almost to a point where one doesn’t notice the on screen change of faces immediately. Forbes’ directorial instincts and overall assembly of these sometimes audibly and visually distinct interpretations is impeccable.

Malcolm X once said and Coates reiterates “If you are black, you were born in a jail.” No living writer has done more to eloquently and poignantly parse that statement than Coates, whose works are as immediate and insightful as they are selfless. No one involved with Between the World and Me is doing this for the vanity of being involved with such a project. They’re doing it because it demands to be done. I haven’t listed off any of the dozens of speakers featured on the poster for Between the World and Me or singled out any specific passages from the special because this isn’t a work in parts. It’s a work in total. It’s not a work about any specific performer, filmmaker, or writer. It’s a work about Elmer Newman, Tamir Rice, Breonna Taylor, Akai Gurley, Eric Garner, Prince Jones, and inestimable numbers of other black people abused or killed as a result of police interaction. The names of the readers throughout Between the World and Me can be found in the credits, alongside those listed above and many more in a crawl that sadly and ominously feels like looking at a war memorial. Those are the names that matter most. That’s what Between the World and Me stands for and why it was adapted in the first place.

Between the World and Me airs on Crave in Canada and HBO in the United States on Saturday, November 21, 2020. 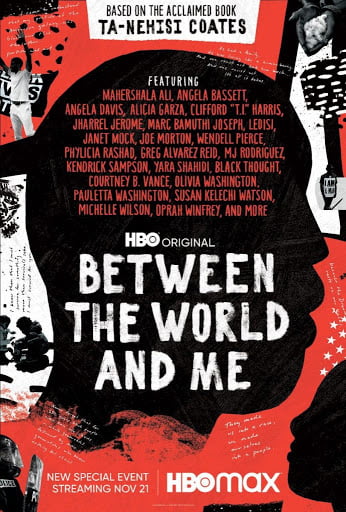 Movie title : Between the World and Me
Director(s) : Kamilah Forbes
Genre : Documentary
The GATE
10.0 5 5