A slight, but truthful examination of trauma, writer-director Zeina Durra’s austere drama Luxor is a simple story told with a small amount of spiritual power. A story of a woman who should be taking a break from her stressful job, but instead spends most of her time dwelling on the past, Luxor gently calls the viewer to empathy and contemplation. In a nice reflection of the ancient city in which its story unfolds, Luxor gives its characters and the viewer a proper (but not overly long) amount of time and space to process their feelings. It’s not a grand drama by any stretch, but Luxor works just fine as a character and mood piece.

Andrea Riseborough stars as Hana, a British aid worker who just left a Middle Eastern war zone and is about to be sent to another one in Yemen. During some rare downtime, Hana travels to the historically rich Egyptian city of Luxor as a tourist. Hana has previously spent time there, but she’s dismayed by the fact that she seems incapable of remembering anything meaningful, with haunting memories of war zones and atrocities now taking up space where happier thoughts once resided. Her memory is jogged somewhat by a chance encounter with Sultan (Karim Saleh), a former lover who has returned to the city where they met for an archaeological dig. Hana is happy to see a friendly face once again, but it’s unsure if the traumatized woman will be able to enjoy herself and their time together.

For Luxor, Durra, delivering her first feature in nearly a decade, adopts a tone similar to Richard Linklater’s Before Trilogy, albeit with much darker and spiritually inclined undercurrents. At the outset, Durra makes the most of Riseborough’s talent for understated, but pronounced expression, with the film coming across appropriately and poignantly like a travelogue told from the perspective of a lost soul. Hana is searching for something she can’t define. She doesn’t want to rest, but that might be the best thing for her, possibly even better than spending nights with old flames. She’s mentally tethered to the past while visiting an historically rich locale where tourists from around the world flock to find answers to some of life’s most unanswerable questions. It’s not the city she remembers from time spent there during her early twenties. Or maybe it is and she’s too blind to notice. 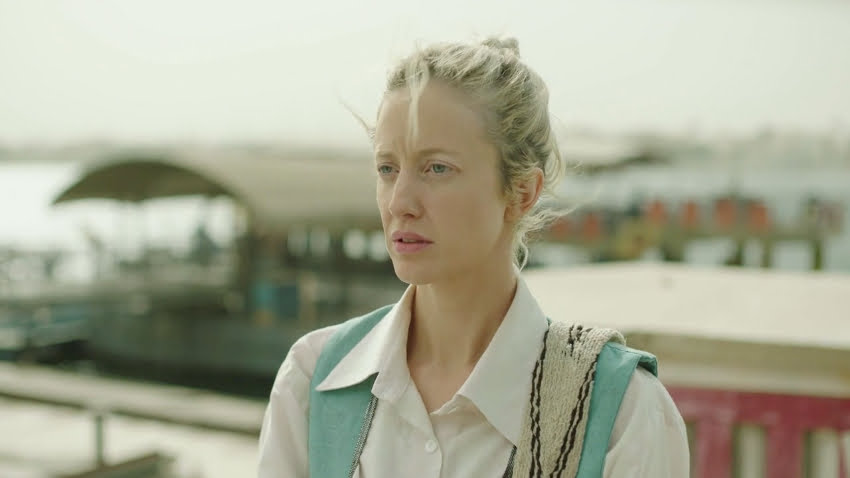 Amid the city’s gorgeously photographed ancient temples, Hana and Sultan don’t so much pick up where they left off years earlier, but rather start from a clean slate. Sultan is happy and well adjusted, while Hana does her best to keep her inner demons at bay. Early on, a tour guide walking through one of the city’s many temples speaks directly to one’s need to confront those demons, and Luxor takes each of its steps in that direction from that point onward. The relationship between Sultan and Hana definitely plays as more friendly and genial than passionate, but the chemistry between Saleh and Riseborough is strong enough to make viewers see glimpses of the lives they once shared together. Saleh’s performance never makes the character out to be a man who has all the answers, offering a kind counterpoint to the tension inside Hana’s mind. And for her part, Riseborough’s performance simmers and rises until her character reaches an ultimate point of breakdown, resulting in a heartbreaking moment that features some of the best physical, wordless acting in any film this year.

The parts of Luxor that deal with PTSD and how it impacts personal relationships are strong enough to carry Durra’s admittedly simplistic narrative. Where the film stumbles is in its desire to include a spiritual or supernatural undercurrent, one that’s less satisfying than expected given Durra’s chosen locale. There’s a good point here about how devotion, religion, and spiritualism rise during times of global crisis, but Durra leaves a lot of this dangling outside of several scenes where Hana attempts to find otherworldly solutions to her ennui and malaise. These segments (which include an ill advised dream sequence) don’t work because Hana is a character that’s perpetually on high alert. For someone to connect to spirituality, they have to open themselves up to possibilities beyond their comprehension, and from the evidence given, Hana will never reach that point during her short trip. That might be part of the point, and it does offer some good commentary about the nature of “spiritual tourism,” but it’s not as interesting and subtly defined as the more earthbound and humane aspects of Luxor.

One wished they had more than just under ninety minutes with these characters, which is often one of the kindest complaints one can have about a story. Much of Luxor is observational in tone, but that doesn’t always make for the best drama, especially when depicting something as delicate as trauma. There should be more to this, but overall Luxor is a modest film that accomplishes most of its goals.

Luxor is now available in Canada on VOD. 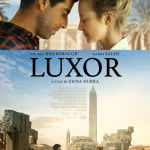