Survival Skills is a film that I appreciate because of what it’s trying to accomplish, and not because of the ways it’s going about conveying an important and impassioned message. The debut feature of Quinn Armstrong is a strange one that’s hard to unpack. Survival Skills takes a visual aesthetic and satirical approach one normally would associate with genre filmmaking and grafts it onto a serious and often gut-wrenching narrative depressingly based in reality. It’s a film that probably doesn’t work unless one knows the filmmaker’s intentions in advance, and that can be chalked up to the unusual style adopted for Survival Skills. That sense of throwback style might bring in audiences that might not otherwise watch or seek out Survival Skills, but it’s also the film’s biggest drawback. It’s weird and not entirely successful, but at least Survival Skills has a profound sense of purpose.

Survival Skills is the name of a late-80s VHS training manual provided to rookie officers in the mid-size city of Middletown. A narrator and instructor (played by Stacy Keach) walks viewers through the training of newly minted officer Jim Williams (Vayu O’Donnell), a “thirty year old” rookie whose chipper, monotone exuberance is reminiscent of a cross between RoboCop, Johnny 5, and Buddy the Elf.

Right from the jump, something is off about the tone of Survival Skills. Jim is obviously a simulation of a human being, but he’s plunked into a real world situation, complete with a grizzled, veteran partner (Ericka Kreutz) who can’t stand the rookie’s gleeful facade. Armstrong presents Survival Skills as a product of its time, shooting in full frame and packing images with tracking issues, deteriorating colours, picture wobbles, and dodgy sound. It’s a gambit that would work better if Survival Skills was only trying to poke fun at police training videos of days gone by, but only a handful of characters seem to belong to that fictional universe. Armstrong creates a tone early on through his choice of style that makes it difficult to gauge how seriously Survival Skills should be taken.

That becomes a major storytelling flaw once Officer Jim is sent on his first major assignment, a domestic violence call revolving around a husband (Bradford Farwell) physically and verbally abusing his wife (Emily Chisholm) and teenage daughter (Madeline Anderson). Due to a lack of obvious empathy and proper training, Jim is confused when it comes to the emotional complexity and “legality” of the situation. He’s been trained to let the abuser and the victim work things out on their own unless charges are to be pressed. Jim can’t fully understand why it’s so hard for this woman and her stepdaughter to leave or the dangers that they face. A circuit is flipped in Jim’s mind, and he begins obsessing over the case, much to the chagrin of the narrator who wants to get the training video back on track.

Survival Skills lures viewers in with a gimmick, only to deliver a strong, impassioned, and necessary message about the ineffectiveness of modern policing. That lure doesn’t entirely line up with the overall playfulness of its nostalgic visual aesthetic, but the film’s righteous and empowered sense of right and wrong is undeniably powerful. Starting as a teenager and continuing for fourteen years, Armstrong worked at domestic violence shelters in New Mexico, Washington, and California, witnessing first hand the shortcomings and inequalities of a system where victims fall through the cracks instead of being helped. It feels like necessary knowledge to have going into Survival Skills, and one that changes the tone and complexion of the film drastically. Without knowing that, the gimmicky style makes Survival Skills play like a coal black comedy that’s taking things way too far to be funny. 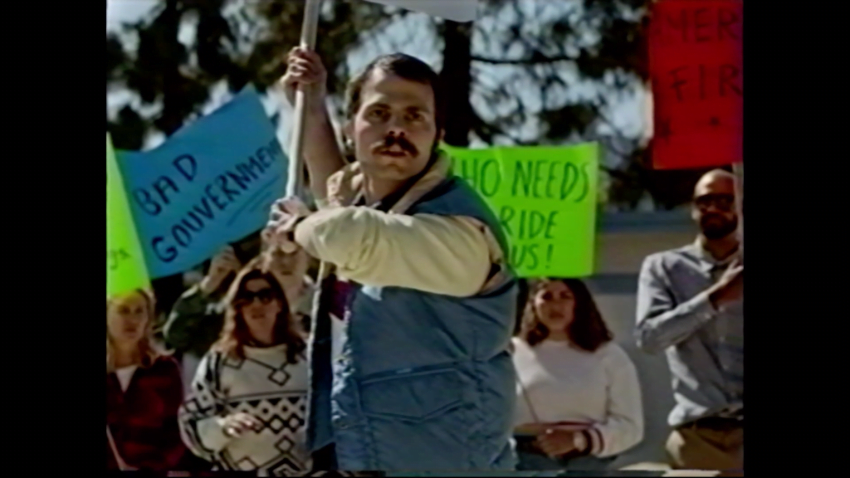 As someone who came from a physically and emotionally abusive household and watched friends go through similarly identifiable relationships in their lives, I can certainly understand the pain and frustration at the heart of Survival Skills, and Armstrong never speaks down to such experiences. In moments where it takes itself seriously, Survival Skills is quite moving and thoughtful. A standout sequence where Jim interviews the daughter about the abuse she suffers is unwavering, with the performers and Armstrong refusing to shy or cut away from a detailed account of what it’s like to suffer on a near daily basis. It’s powerful, captivating, and effective enough to make one forget for a moment that Armstrong is still beholden to his chosen sense of style.

Survival Skills is never a laugh-out-loud sort of black comedy, but even when things seem like they’re taking a turn for the serious, Armstrong can’t help but inject some humour to lighten up a dire situation. Asides throughout the “video” about proper use of force or breaking up a “satanic” gathering of teens playing Dungeons & Dragons might’ve worked better in a satire that wasn’t specifically trying to focus all of its serious attention in a single place. If Survival Skills were a wider attack on the nature of policing, the comedy would land a lot better.

Armstrong’s efforts aren’t helped by how he has positioned the character of Officer Jim, who’s well played by O’Donnell in a role that’s inconsistently written. Jim is just as much “poking fun” at poorly trained police officers as it is a surrogate for the filmmaker’s experiences in dealing with them. There’s some sympathy for Jim and his conscious awakening to injustices within a broken system, but that often goes out the window for long patches when the cop seems to have fallen unconsciously back into the Matrix-like mentality he had from the start. From scene to scene, it’s impossible to guess which version of Jim is going to appear: the awakened one or the bumbling idiot. It takes away from the comedy because the viewer knows the character is experiencing a breakdown. It takes away from the drama because Jim is always the butt of most of the film’s jokes.

Survival Skills is handcuffed to its gimmick, even in the film’s latter stages, when it seems like Armstrong is going to pivot into more conventional territory. Armstrong’s telling of a serious story in such a showy fashion backfires because using a style so closely associated with cheap horror and comical found footage tropes unconsciously makes domestic violence seem like an issue that’s been left in the past. I completely understand what Survival Skills is trying to accomplish, and I’m actually on the film’s side, even if it doesn’t work. The surreal “lost video” technique used here is in no way preferable to a more straightforward approach to the same story. And yet, part of me does hope that Survival Skills reels in enough viewers to convey its message about protecting victims of domestic violence. I’m just not sure how well those messages are going to stick.

Survival Skills is now available on VOD in Canada. 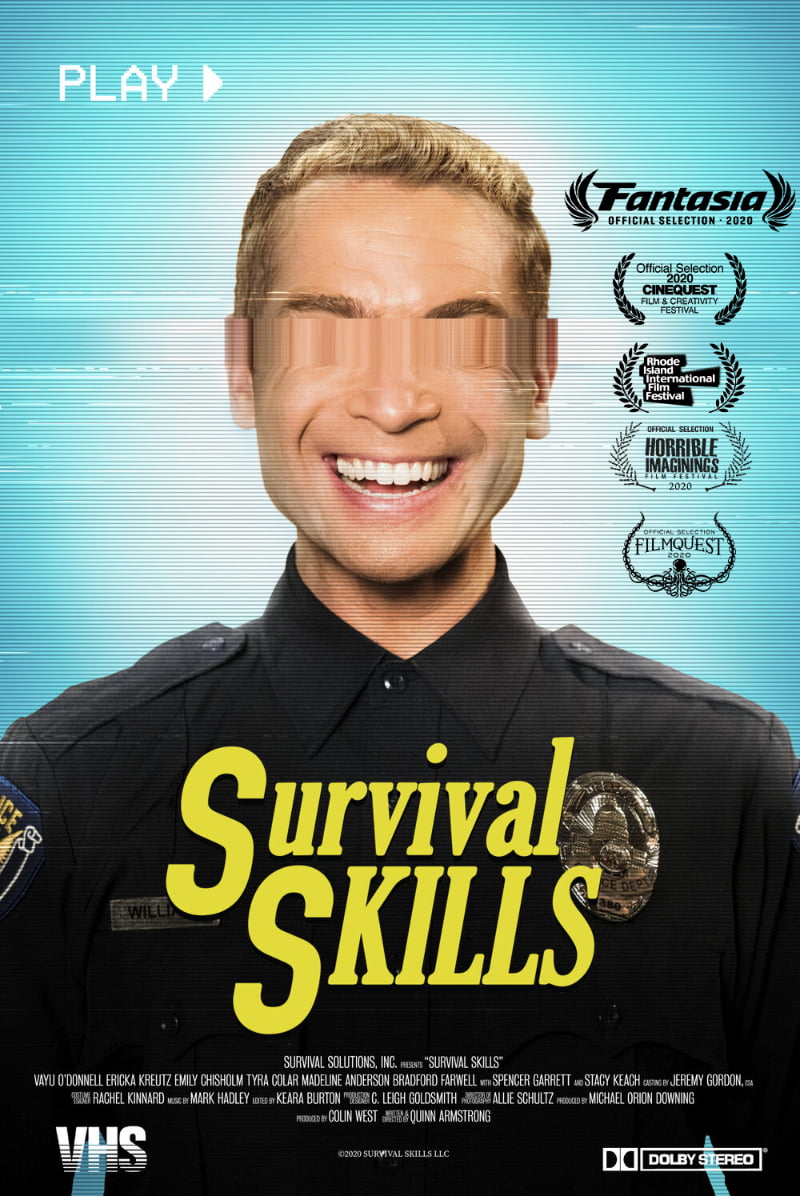