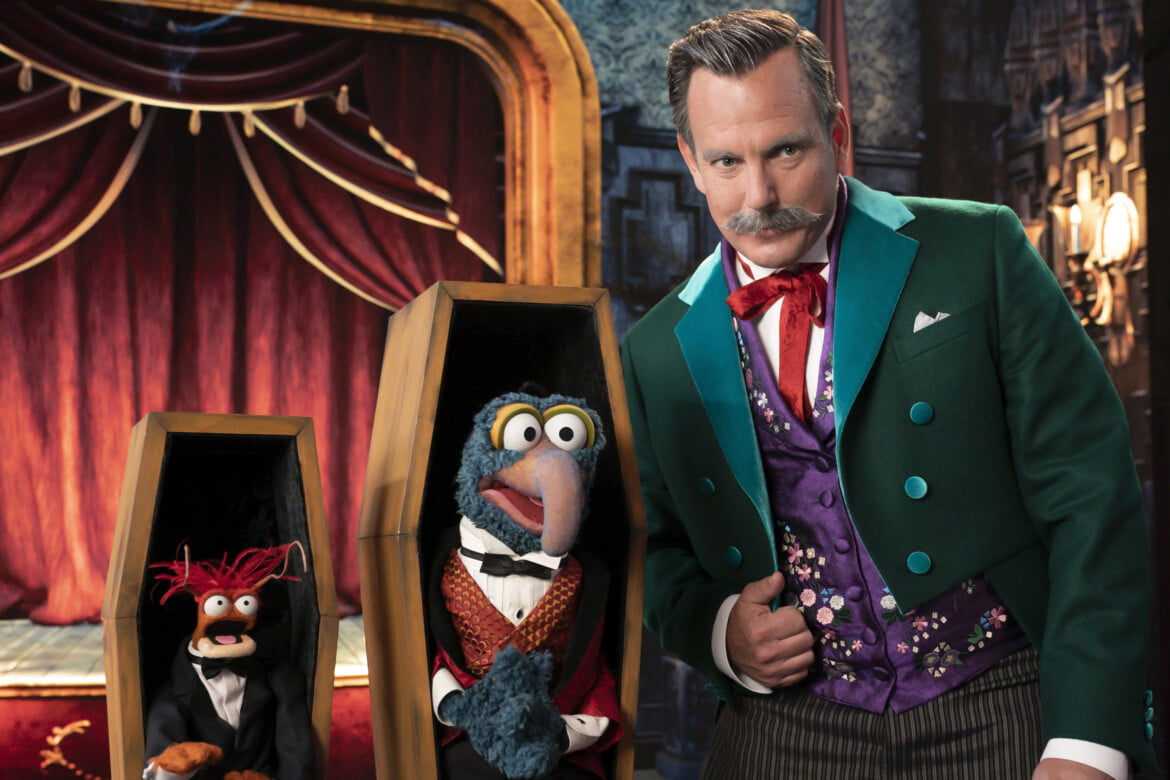 Disney World’s Haunted Mansion meets The Muppets in one of the best, and most entertaining Muppet experiences in years.

The Great Gonzo stars alongside Pepe the King Prawn, as they take on an epic “fear challenge” to stay in the most haunted mansion on Earth. And, of course, all of your favourite Muppets are there, plus some very special guests.

Pepe replaces Rizzo as Gonzo’s buddy on this journey, and the jokes are perfect, even when there’s some “booing” going on.

In all honesty, I’m a big Muppet fan. Christmas just isn’t Christmas without watching The Muppet Christmas Carol (honestly one of the best versions of A Christmas Carol ever made), and A Muppet Family Christmas, so it feels long overdue for the Muppets to finally have a Halloween special.

“Is this haunted room actually stretching, or is it your imagination?”

For me, it certainly doesn’t hurt that the Haunted Mansion is my favourite Disney ride. The movie channels some of the best things about the experience, but it’s also just a fun, funny, family-friendly Halloween story that’s filled with Muppet cameos and guest stars.

There’s musical numbers by Darren Criss, the hilarious Will Arnett as the Ghost Host, and appearances by Yvette Nicole Brown, Taraji P. Henson, Alfonso Ribeiro, Jeannie Mai, and quite a few more.

Muppets Haunted Mansion feels like the first real sequel to some of The Muppets best films and specials, especially the two I’ve mentioned already. The Halloween special avoids becoming a big ad for Disney World, while still fitting in Haunted Mansion details–like a refrain of “Grim Grinning Ghosts”–that fans of the ride will love, plus a story that is authentically Muppets.

There’s great music, some new details that perfectly suit the story and characters, and even a new take on the classic Haunted Mansion wallpaper. And on top of everything else, it’s a brisk 49 minutes long, which feels perfect.

I’m also impressed that for a family-friendly movie, there’s even a jump scare, and a couple of riffs on classic horror tropes that totally work.

Whether you’re a Muppet fan, love the Haunted Mansion, or just want a fun and short film to watch this Halloween, Muppets Haunted Mansion is totally wonderful, and it’s streaming now on Disney+.