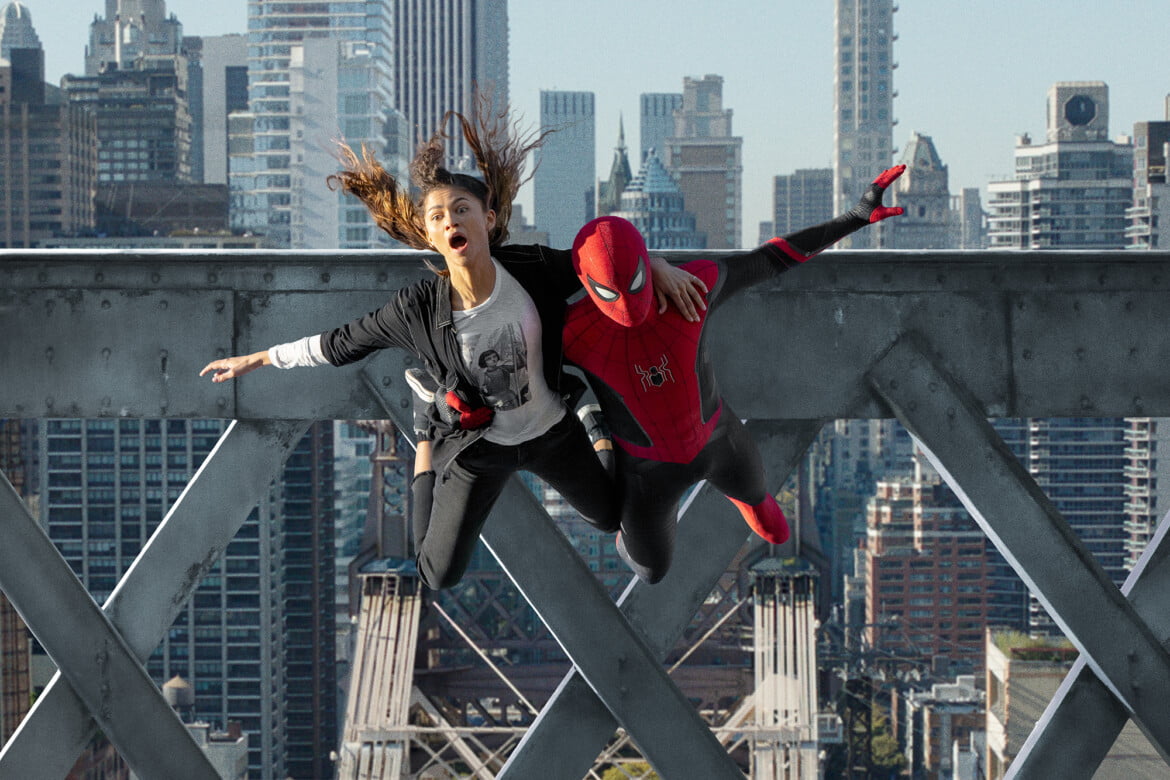 If 10 years of the Marvel Cinematic Universe has taught us anything it’s that long-form storytelling, when it’s done right, can be incredible, and that’s exactly why Spider-Man: No Way Home is one of the web slinger’s best adventures yet.

Spider-Man: No Way Home picks up right where Far From Home ended, as the world learns that Spider-Man is a teenager in high school and he murdered Mysterio, if you can believe The Daily Bugle’s J. Jonah Jameson (J. K. Simmons). You shouldn’t believe him, of course, but the damage is done.

Peter Parker, played by the incredible Tom Holland, and his friends MJ (Zendaya) and Ned (Jacob Batalon), trudge through the public onslaught with their chins up, but after their university plans are all dashed because of the outcry, they all give up hope.

And this is where Peter messes things up. He turns to Doctor Strange (Benedict Cumberbatch) in the hopes that he can literally magically fix everything. As a teenager though, Peter probably shouldn’t be involved in magic casting, and in his hopes to erase what the world knows while making sure his friends and family remember who he is, he ends up causing mayhem for Doctor Strange’s spell.

The result is that a number of villains from other realities, who know that Peter Parker is Spider-Man, suddenly appear in New York City and try to attack him. They just don’t realize this isn’t their Spider-Man.

From Doc Ock and the addled Green Goblin, to Sandman, Electro, and the Lizard, Peter has his work cut out for him, capturing them in Doctor Strange’s lair, and then deciding whether to send the villains back to the fates, where most of them will die, or try to help them.

Director Jon Watts’ No Way Home plays every interaction between these iconic villains and our hero to full effect, with comedy, pathos, and charming performances. The film is funny and poignant, and adds to the original stories so well that it avoids what some would call “fan service”.

No Way Home tells a unique story because it’s more than just a rehash of the same old Spider-Man fights. The film also wraps up three very different eras of the web slinger in a way that makes me love the old films even more, and it adds a sense of closure I didn’t even know that I needed.

Holland is such a great hero and action star, and he fills the character with so much hope, light, wit, and charisma, sometimes in the most subtle ways.

Next to him, Marisa Tomei has some great moments as May, helping to ground Peter. Willem Dafoe, Jamie Foxx, and Alfred Molina are also truly incredible, and Dafoe in particular completely earned his award for Best Villain in the Super Awards with a performance that outdoes his original role in 2002’s Spider-Man.

There are Easter eggs from the very start, and the characters have some really remarkably sweet and sad moments. But above all else it’s also just a lot of fun.

Spoiler alert, if you’ve somehow missed this news so far, but I’ll be honest that the greatest joy of the story is not just watching Holland play this character so perfectly, but seeing him meet with the other Spider-Men, played by Tobey Maguire and Andrew Garfield.

Having these three very different Peter Parkers meet and fight together was so much fun because Spider-Man is often a loner. No Way Home gives all three heroes the chance to connect, joke around, and dig into some emotions. And both of the times that I watched the film I got choked up during one of Andrew Garfield’s best scenes, even if it’s only a few seconds long.

Watching the film on the 4K Ultra HD Blu-ray everything looks spectacular, from the vibrant colour to the depth of the HDR, and it’s so crisp and sharp. The home theatre experience is such a big deal on a great 4K TV, so it’s wonderful enjoying a fantastic action movie like Spider-Man in 4K UHD.

The Blu-ray packages also comes with a ton of incredible features, from behind-the-scenes featurettes that will make you astonished at the stunts Holland does himself, to bloopers, a gag reel, “Alternate Reality Easter Eggs,” and roundtable panels with the villains (“The Sinister Summit”), and the heroes (“A Meeting of the Spiders”), which are both worth the price of the Blu-ray alone.

Spider-Man: No Way Home is a must buy Blu-ray if you’re a fan of the franchise, and it’s a great opportunity to watch every film from the beginning again.