Bardo, False Chronicle of a Handful of Truths Review | A Mouthful 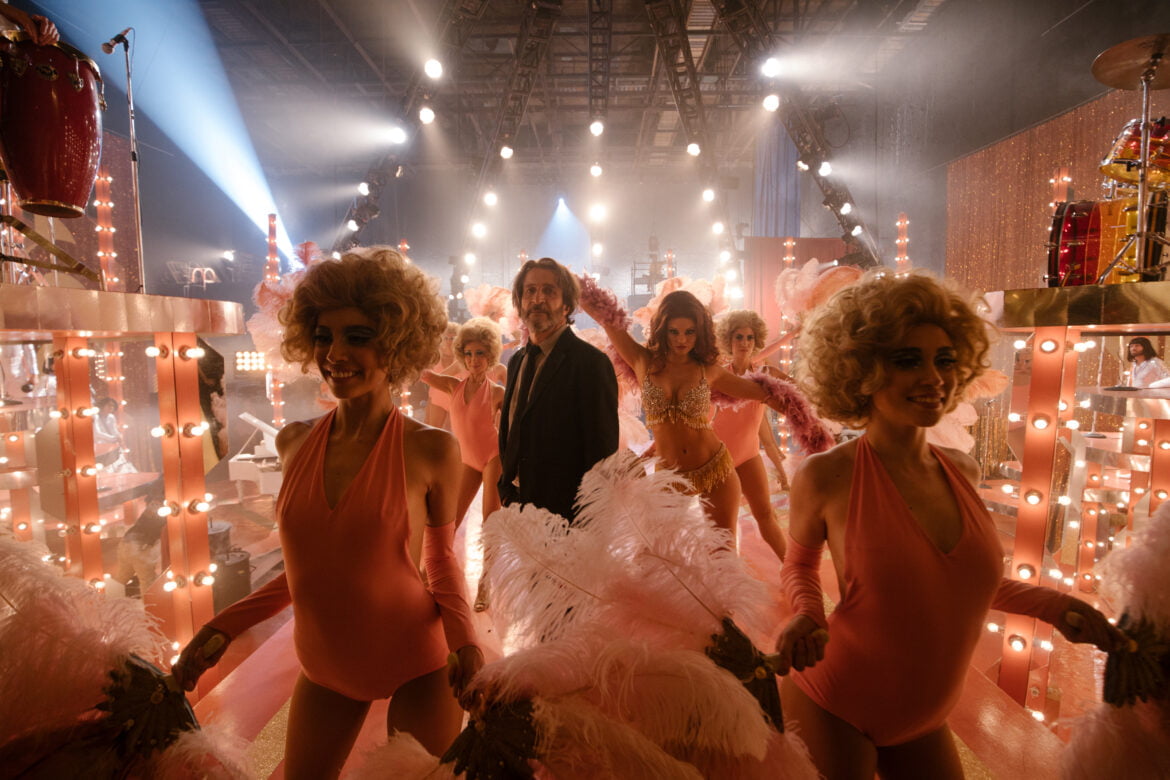 Alejandro González Iñárritu’s dizzying magnum opus Bardo, False Chronicle of a Handful of Truths is bound to divide opinion with its brazenly unfiltered construction. Then again, whether viewers love it or hate it, Bardo delivers on the expectations most would have going into an Iñárritu film. It’s an atomic level bit of maximum maximalism that’s messy and confounding on purpose. It’s abrasive, overstuffed, politically loaded, clunky, precise, arrogant, artful, obtuse, obvious, and deeply personal.

Bardo, False Chronicle of a Handful of Truths is difficult to love – or even like for that matter – but it’s a work so singular that it’s easy to admire. As someone who personally finds Iñárritu’s particular brand of overreaching theatricality and visual poetry to be rather irritating instead of inviting, it’s still nice to see someone – anyone, really – making something this uncompromisingly unhinged. No one on earth could’ve made Bardo, False Chronicle of a Handful of Truths except for Iñárritu, and anyone else would be a fool to try.

Daniel Giménez-Cacho stars as Silverio Gama, a journalist and documentary filmmaker who left Mexico with his family to pursue bigger successes north of the border in Los Angeles. Silverio is on the verge of returning for the first time in twenty years to accept a major award, and the occasion has stirred a lot of feelings in him. Or at least that’s the best way I could put what happens in Bardo without spoiling things or performing a scene-by-scene analysis of everything that happens. That would ruin everything that Iñárritu wants to achieve with Bardo, which is meant to be pure emotional experience and catharsis.

Bardo isn’t merely dreamlike in its construction, which often feels like a seemingly endless series of moments, sketches, and didactic tirades assembled along a loose timeline. It’s outright surreal; a work so singularly strange and Freudian that it hits like a straight shot from Iñárritu’s id, ego, and superego. It’s frustratingly contradictory in everything it tries to convey, but also remarkably thorough. It’s less a movie than it is a checklist where Iñárritu attempts – and sometimes even succeeds – at addressing everything that’s on his mind at once. It’s an angry, bitter, supercilious work, but also tinted with regret, self-criticism, and sadness.

If that sounds like a lot for even the most epic of works to take on, that’s because Bardo might be one of the most overstuffed films in the history of cinema. Iñárritu goes after meddling politicians, mediocre artists, award ceremonies, talk shows, speaking engagements, border agents, and probably a half dozen other gripes that I’m forgetting about. Iñárritu muses about parenting, relationships, streaming services, clickbait, the loss of children and parents, Mexican-American relations, trolls, critics, life, death, revisionist histories, and everything in-between. If it has happened in recorded history, Bardo is attempting to tackle it, all delivered – in typical Iñárritu fashion – with some of the most complex and fluid camera set ups and stagings put to screen.

Some of this is sloppy and childish (bits involving a terrible looking CGI baby, the various ways Iñárritu repeatedly tries to insist that his wrought melodramas are somehow works of journalism, problematic references to displaced and indigenous peoples that reek of opportunism, the fact that the ending confirms that this whole thing is just a riff on something attempted by a much better film from the past), while others are inspired (a lengthy party sequence that’s one of the best things he’s ever done and a nightmarish bit with Silverio doing a guest spot on a variety show that’s scathing in all the right ways).

From scene to scene, it’s impossible to tell where Bardo is headed or if it’s going anywhere at all. There are apologetic notes where Iñárritu seems to be acknowledging his own shortcomings and why some critics are left cold by his style of moviemaking. (“If you can’t play around, you shouldn’t be taken seriously.”) Sometimes the whole thing is a giant and pronounced middle finger to anyone that ever doubted him via his on screen surrogate that’s devoid of any sense of humility whatsoever. One of the only things that are consistent throughout Bardo is this overwhelming sense that Iñárritu sees his own talent as a curse, which is both profoundly sad and profoundly annoying at the same time.

The other consistent elements of Bardo help keep things grounded. The work of master cinematographer Darius Khondji (Seven, Uncut Gems, the recently released Armageddon Time) is as exceptional as ever; the case of a fellow artist working more than overtime to make sure every ounce of the filmmaker’s madness is shared and captured for prosperity. Bardo might have more long takes than any film in history, which is a record that Iñárritu has perpetually flirted with throughout his career. Sonically, it’s also a wonder, with a mix that almost demands to be seen more in the confines of a theatre than the visuals. And the leading performance from Cacho – who has to be in every scene of this epic – is impeccable. Even when Silverio is at his most detestable (especially when dealing with his children or displaying a nauseating sense of entitlement), Cacho provides subtext and perspective to Iñárritu’s sometimes flighty material.

Bardo is nothing if not true to its title. It’s a lumbering word salad that’s talking about true things in the fakest possible ways. For better and for worse, it’s a work of free association and stream of consciousness that never stops to ask if this makes the filmmaker or their production look good or bad. It’s exhausting and alienating, but if you’re able to get on Iñárritu’s wavelength for even half a sequence, it’s quite bracing and exciting to behold. Is it successful? I honestly don’t think this is a film that cares about success, and that’s what makes it kind of special. It’s wild to think that Iñárritu was able to get Netflix to sign off on such a grand vanity project right before they tightened up their purse strings. I’m glad it exists, I haven’t stopped thinking about it, and I am in no rush to sit through it again any time soon. Parts of it disgust me and others make me sad to think that there might not be another film like this made ever again. It’s absolutely fascinating, and while mainstream audiences likely won’t enjoy this as much as they might like Birdman or The Revenant, it will show them a small window into the mind of one of the most celebrated filmmakers working today.

Bardo, False Chronicle of a Handful of Truths opens in Toronto at TIFF Bell Lightbox (in 35mm), Vancouver at VIFF Centre, and Montreal at Cinema du Parc, Cinema Guzzo Mega-Plex Spheretech, and Cinema Guzzo Mega-Plex Pony-Viau on Friday, November 18, 2022. It opens in Ottawa at ByTowne Cinema on Friday, November 25. It is available to stream worldwide on Netflix starting December 16.