DVD Tuesday: ‘I Am Number Four’ and ‘Gnomeo And Juliet’ 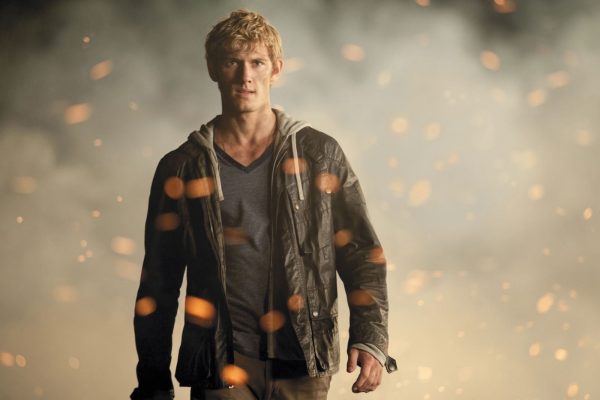 Alex Pettyfer in I Am Number Four

The latest films arriving on DVD and Blu-ray today include: I Am Number Four, starring Alex Pettyfer as a super-powered teenage alien on the run from galactic enemies; and the animated comedy, Gnomeo & Juliet, featuring the voices of James McAvoy, Emily Blunt, and Michael Caine.

Disturbia director D.J. Caruso helms this teen-centric sci-fi action adventure about a young man named John, played by Alex Pettyfer, who is on the run from enemies who are out to destroy him and his other-worldly compatriots.

Acting like a fugitive on the run, John moves from town to town, changing his identity as he goes so he can hopefully elude his pursuers, but there is something very special about John; he’s not like everyone else. John has abilities, and when he moves to Paradise, Ohio, he finds himself becoming more powerful as he falls in love with a high-school student named Sarah, played by Dianna Agron.

Written by Smallville’s Alfred Gough and Miles Millar, with Buffy the Vampire Slayer writer Marti Noxon, I Am Number Four is essentially what the trailers made it out to be: a super-powered angsty teen movie that might remind you of Twilight more than anything else.

The action is quick, at least, but the special effects are sometimes rubbery-looking, and worst of all, Pettyfer is a terrible, terrible star for this derivative film. His narration is almost painful, as is the majority of the dialogue, and that’s probably because it’s a cheap rendition of Smallville all over again with different powers and even more teenage angst.

When it comes to television, and a show based on Superman, it’s easier to forgive the inherent cheesiness of Smallville, but in a feature-length film, it’s much harder to overlook all the flaws that are generally wince-inducing.

About the only bright spot in the film is Dianna Agron, who is at least charming, while Pettyfer, and even Olyphant, hardly seem interesting enough to focus on. All Pettyfer knows how to do is jock it up and come up with pained expressions to help you understand what a tough life he’s living.

Less discerning teenagers may be able to enjoy this film, since it has a fair bit of action, but I’m not recommending it all the same. The concept is actually kind of cool, even if it rips off Superman quite a bit, but the execution is weak.

The Blu-ray is likewise a weak offering, and only comes with a digital copy, the DVD, plus deleted scenes, bloopers and a featurette “Becoming Number Six.”

In this oddball animated comedy, James McAvoy and Emily Blunt voice the whimsical Gnomeo and Juliet, a love story about two garden gnomes separated by… the colour of their hats.

In one yard, the blue-hatted gnomes frolic, and next door, the equally happy red-hatted gnomes have their fun, but when Gnomeo and Juliet fall in love, not realizing through a coincidence that they have different coloured hats, it causes strife that could keep the would-be lovers from being together.

Poking fun at Shakespeare, modern and classic movies, and featuring an assorted cast of well-known stars–like Michael Caine, Maggie Smith, and Jason Statham, plus a number of amusing cameos–Gnomeo and Juliet is not exactly an endearing instant classic, but it’s worth a watch now that it’s on DVD and Blu-ray.

Director Kelly Asbury, who also directed Shrek 2, could have clearly used a more original script for this film, but he earned a surprising number of positive reviews, with Ty Burr of the Boston Globe calling it, “As enjoyable as non-Pixar kiddie flicks get, a high-spirited, high-end comic revamp of Big Bill’s eternal tragedy.”

While Richard Corliss of Time Magazine commented, “Defiantly derivative and groaning from joke overload, this Disney pickup takes more than half its running time to find a distinctive tone, a reason for being.”