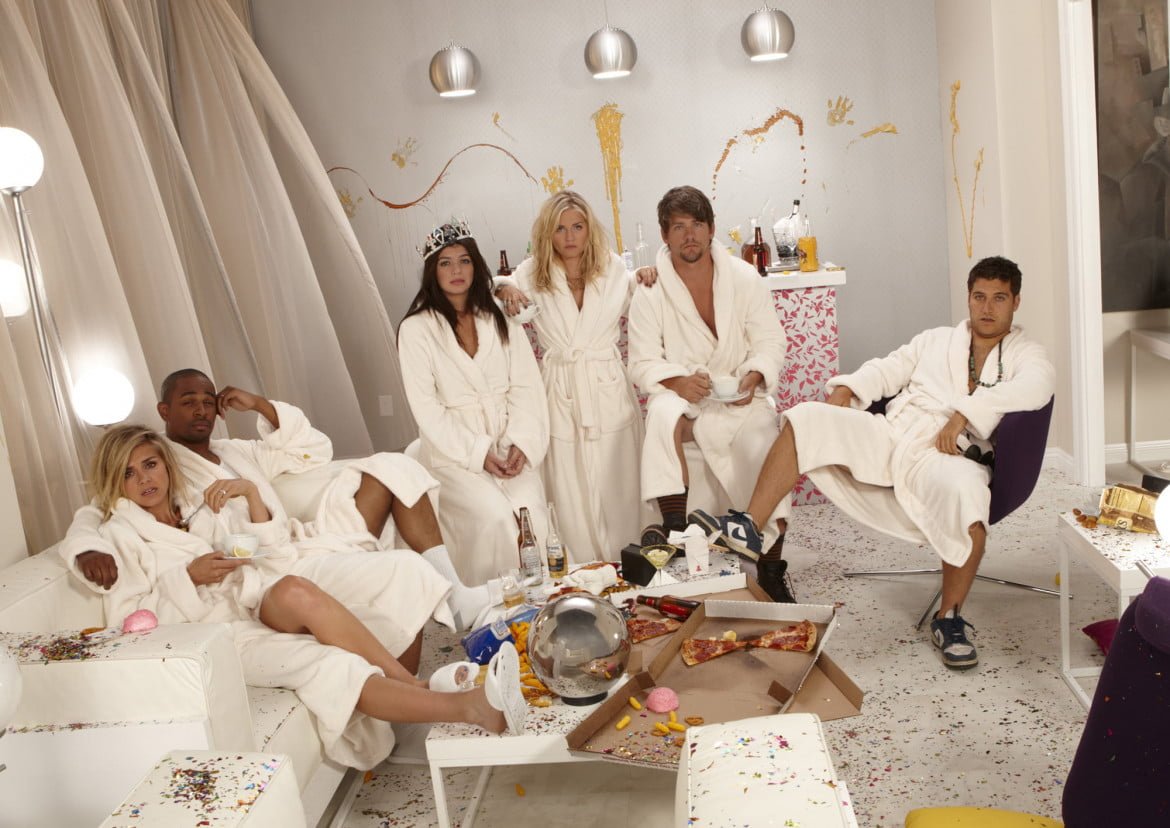 Happy Endings returns to air tonight, September 28, on Citytv in Canada and ABC in the United States for its second season.

The comedy stars Elisha Cuthbert, Damon Wayans, Jr., Eliza Coupe, Zachary Knighton, Adam Pally and Casey Wilson and revolves around an oddball group of friends living in Chicago. Cuthbert and Knighton play a former couple who were about to get married but called it off at the last second, with the rest of their friends now trying to deal with the aftermath as the duo try to become friends.