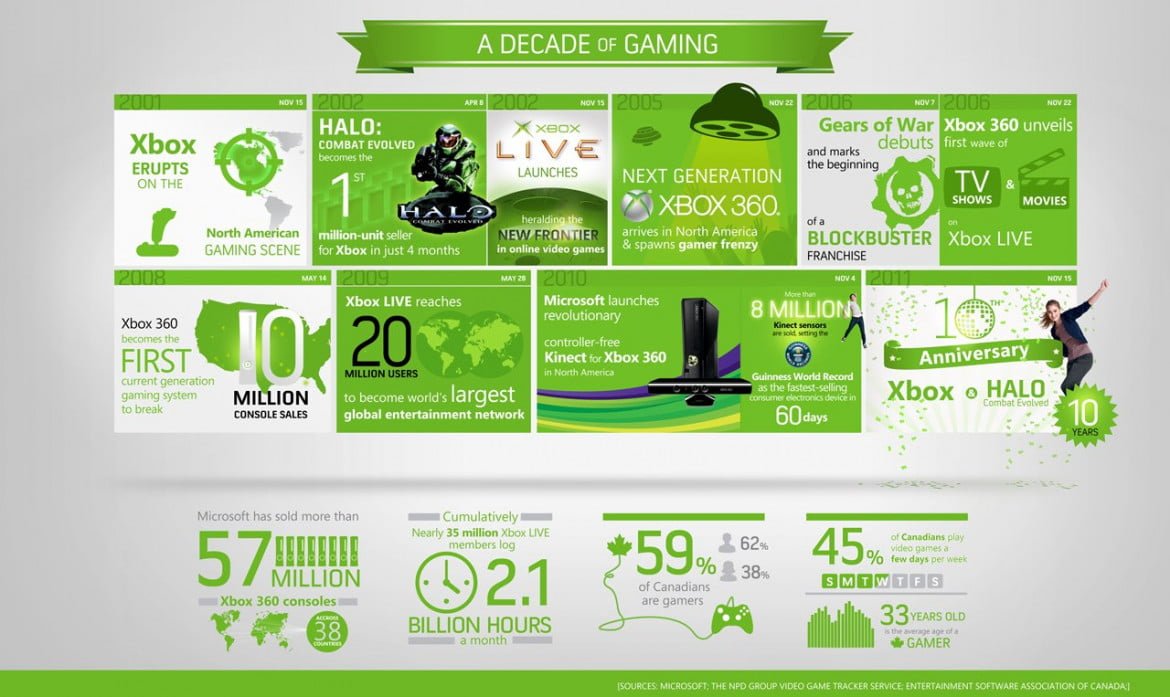 Today marks the 10th anniversary of Microsoft’s Xbox gaming console, which made notable baby steps into the marketplace on November 15, 2001.

Launching with Halo: Combat Evolved, the system would go on to sell over 24 million units, while its successor, the Xbox 360, has now sold over 57 million units.

Check out the infographic Microsoft sent us that recaps some of the high points of the console and its games.