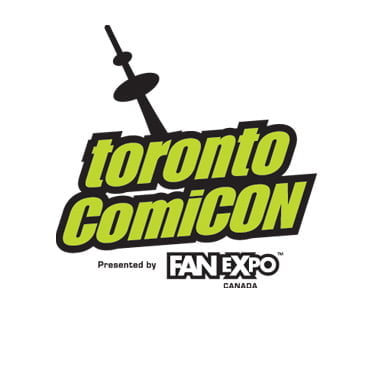 Top 10 things to do during Toronto ComiCon

This weekend, from March 9 to 11, marks the debut of Toronto ComiCon at the Metro Toronto Convention Centre, and for those wondering what they should check out, the event has released their “Top 10 Things to do during Toronto ComiCon.”

Check back in with The GATE as we launch coverage on Toronto ComiCon this weekend.

SATURDAY, MARCH 10
CONSTELLATION AWARDS NOMINATION ANNOUNCEMENTS – 12PM – ROOM 801A
The Constellation Awards are Canada’s annual awards for sci-fi film and television. Toronto ComiCon will be the first place to find out which actors, producers, writers, and technical teams are nominated for this year’s awards. Be there for the big announcement of the nominees in all categories, and find out how you can vote to help pick the winners. Featured special guests are Teddy Wilson and Ajay Fry from InnerSPACE, winners of last year’s Constellation Award for “Outstanding Canadian Contribution to Film & Television Sci-Fi”.

CELEBRITY Q&A SESSION: SAUL RUBINEK & EDDIE McCLINTOCK – 1PM – ROOM 801A
Downtown Toronto is notorious for its on-location television and movie shoots but have you ever wondered what they are filming? There’s a good chance it’s the television series Warehouse 13. Now you can actually meet the stars from the show and have them answer some questions, such as why they are messing up traffic all in the name of producing quality entertainment.

WEBSERIES SHOWCASE EXCLUSIVE – SNEAK PREVIEW OF GUIDESTONES SERIES – 1PM – ROOM 803
Guidestones is a fictional narrative that dives into the real mystery of the Georgia Guidestones, a monument in Elbert County, Georgia, often called America’s Stonehenge. It tells the story of two journalism students who, while investigating an unsolved murder, uncover a global conspiracy to destroy the Earth. The webseries gives viewers an interactive component with hidden clues and cliffhangers. The clues encourage viewers to discover hidden storylines and additional content.

CELEBRITY Q&A SESSION: TIA CARRERE – 4PM – ROOM 801A
Known for her work on Wayne’s World, Relic Hunter and Celebrity Apprentice, there is lots to know about Tia Carrere. That is why she is going to spend some quality time with her fans speaking about her career and answering candid questions directly.

SUNDAY, MARCH 11
SPOTLIGHT ON GEORGE PEREZ – 12PM – ROOM 803
Take this rare opportunity to hear from the legendary comic book creator George Perez. From his early days with Fantastic Four, to his incredible work on The New Teen Titans, Wonder Woman and Superman, Perez’s astonishing career has thrilled fans for decades as a master storyteller.

CELEBRITY Q&A SESSION: CURTIS ARMSTRONG, ROBERT CARRADINE – 1PM – ROOM 801A
Almost 30 years ago, nerds were nothing but a phase many thought would disappear, but today nerds rule the world! Stars of Revenge of the Nerds, Robert Carradine and Curtis Armstrong will gush about the roles that foreshadowed what has now become “normal”.

CELEBRITY Q&A SESSION: KRISTANNA LOKEN, EDWARD FURLON – 3PM – ROOM 801A
Although they never appeared onscreen together, you can see John Connor (Edward Furlon) sit next to his nemesis, the Terminator T-X (Krstanna Loken) in this unique Q&A session for all things Terminator.

CELEBRITY Q&A SESSION: CHARISMA CARPENTER – 4PM- ROOM 801A
Whether you noticed her on Malibu Shores, Buffy: The Vampire Slayer or Veronica Mars, chances are you wanted to know more about Charisma Carpenter. Now is your chance. Charisma will answer your questions about everything from her role on The Lying Game, the upcoming blockbuster The Expendables 2 or just about herself.