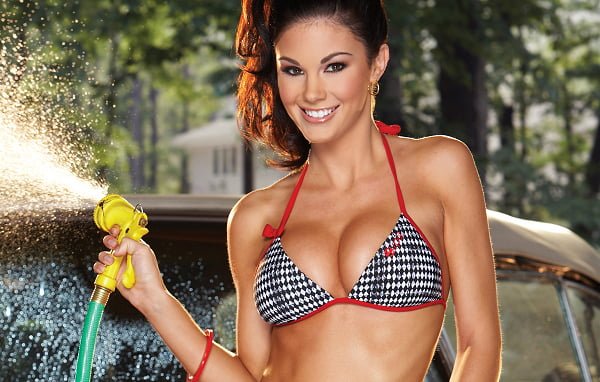 Ontario’s own 22-year-old Jayde Nicole has been named as Playboy’s 2008 Playmate of the Year. Originally gracing the pages of the seminal men’s magazine as Miss January 2007, the sweet brunette will appear in the June issue of Playboy and earns $100,000 and a new car.

Jayde is originally from Port Perry, and already has her own modeling agency which she started in 2005. She has a fitness book coming out soon, a reality show, and was on the cover of Today’s Bride and American Curves magazines.

She has also been active supporting charities, the biggest, as she says on MySpace, being the “Bikini Charity Carwash for the RED Campaign to fight AIDS in Africa.”

For more on the beautiful Jayde Nicole, check out The GATE’s original interview from January 2007, or head over to her official website at www.jaydenicole.com.

Tune in to Playboy TV on May 18 for a one-hour special on Jayde.

Jayde NicolePlayboyPlaymate of the Year