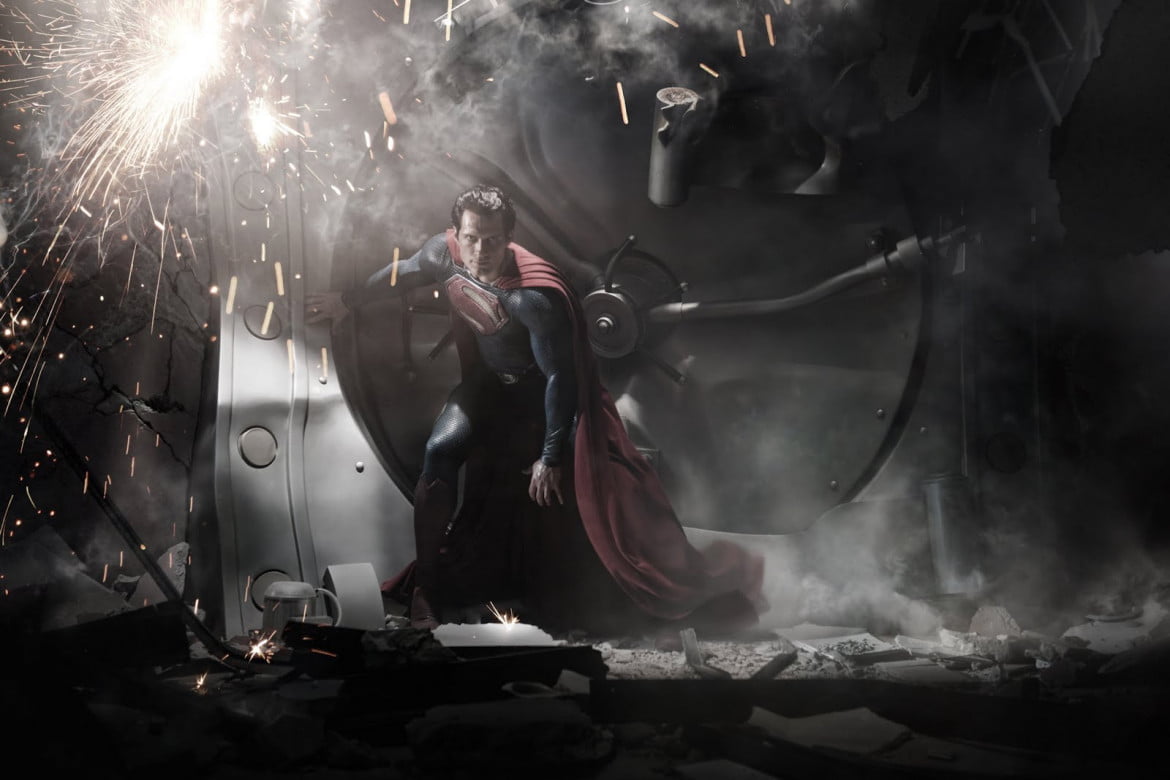 Lazy Friday News is a weekly round-up of stories from across the spectrum of entertainment, or whatever happens to tickle my funny bone. This week: Zack Snyder has taken Superman’s underwear right off in Man of Steel; Waterworld might have been awful, but we may see it again; vegetables stand in for the new RoboCop; two past X-Men stars are coming back in X-Men: Days of Future Past; and the good and bad news about film piracy.

OFF WITH HIS UNDIES: Zack Snyder has made a bit of an update to Superman’s costume for Man of Steel, the upcoming reboot of the franchise. Although fans will expect his signature red underwear on top of his costume, Snyder has decided that the look just wasn’t right for his film.

“The costume was a big deal for me, and we played around for a long time,” Snyder told the New York Post. “I tried like crazy to keep the red briefs on him. Everyone else said, ‘You can’t have the briefs on him.’ I looked at probably 1,500 versions of the costumes with the briefs on.”

Snyder has tried to keep the costume’s style close to that of the original, however, but some changes were necessary, and the director also said that the changes are born out of trying to make the film more realistic, which came from producer Christopher Nolan.

“There’s a logic and concreteness that has to exist with Chris,” Snyder said. “You can’t just do stuff because it’s cool. He demands that there be story and character behind all of it, which I’m a big fan of.”

Read more about the changes over on Yahoo.com.

WATER BOMB 2: Forbes–yes, that Forbes–is reporting that SyFy, the American cable network, is working on getting into the film business, and Waterworld–yes, that Waterworld–might end up being one of their first projects.

While nothing is certain, a SyFy executive is quoted as saying that Waterworld, when it airs on the network, always draws a surprisingly large audience, and that makes it a possible option for some kind of sequel or even television series.

Given enough time, anything old can be new again, but even I’m skeptical of this one.

ROBO-VEGGIE: Den of Geek is an awesome, awesome website, and they deserve all the credit they can get, especially for making the best of a dumb situation.

Recently, the website offered some kind words for the direction the RoboCop reboot was taking, and they happened to post that praise with some preview images from the upcoming film. The only problem was that the film’s legal team was not impressed with their use of the images, so they struck Den of Geek with a cease and desist letter.

So, rather than take down the whole article, what did Den of Geek do? They replaced the promo images from RoboCop with pictures of vegetables dressed up like RoboCop. The result is a great article about the film with even better images. Check it out over here.

X-CELLENT: It’s official, X-Men fans. Director Bryan Singer confirmed this week on Twitter that both Patrick Stewart and Ian McKellen will appear in X-Men: Days of Future Past, the upcoming X-Men sequel/prequel.

Nicolas Hoult and Jennifer Lawrence are also confirmed to return for the X-Men prequel/sequel.

X-Men: Days of Future Past is set for release on July 18, 2014, and is expected to deal with the comic-book storyline of the same name, which leapt into alternate futures for the heroes.

As Coming Soon also noted, Hugh Jackman is expected to reprise his role as Wolverine too.

DOWNLOADING CUTS BOTH WAYS: Can movie piracy be both good and bad? As most people probably already figured out already, the answer, according to the Munich School of Management and the Copenhagen Business School, is yes.

FilmDrunk notes that, in a recent paper called Piracy and Movie Revenues: Evidence from Megaupload, smaller films benefit from piracy while larger films may end up being hurt. That news comes after the schools reviewed data from before and after the shutdown of file-sharing site Megaupload.

As FilmDrunk explains, smaller films, which may not have much of a publicity budget, can use all the word of mouth they can get, while some people who download big-budget films, which appear on more screens, are less likely to go out and buy tickets for films that they’re already aware of.

If that is exactly what you expected to hear, you’re probably not alone.