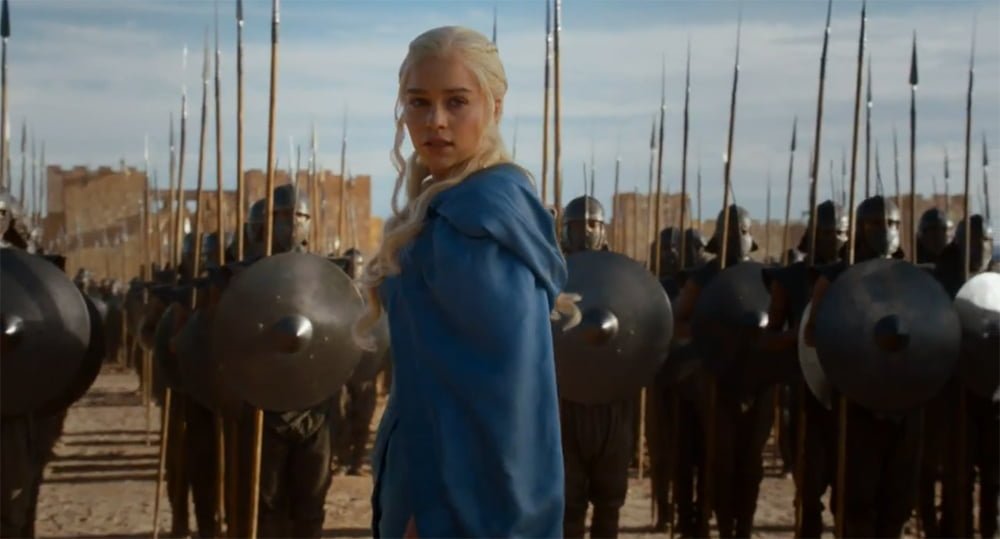 The first full trailer for the third season of Game of Thrones has finally arrived, debuting online moments after it appeared on Jimmy Kimmel Live.

The lead-in to this season promises all out war, with one character proclaiming, “Death is coming for every one and every thing. The darkness that will swallow the dawn.”

The HBO series, which is an adaptation of the books by George R.R. Martin, returns to air on March 31. Ahead of that premiere, fans can watch the second season on Blu-ray, just to get caught up, and they can expect more promos ahead of the show’s return as well.

For fans in Toronto though, Game of Thrones: The Exhibition makes its worldwide debut in our fair city, and runs from March 9 to 16 at the Design Exchange. And best of all–it’s free!