Match Game to fill in the blanks for another season 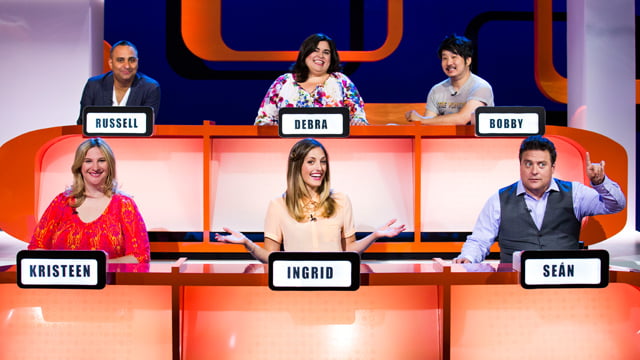 The popular quiz fill in the blank show Match Game will be returning for a second season on Comedy Network. The first episode of the new season will premiere on September 2 with episodes airing Monday to Friday at 8:30 p.m. ET/PT.

Russell Peters will help kick off the second season of Match Game by appearing on the panel for the whole of the first week. Other comedy legends to appear as panelists include Catherine O’Hara, Dave Foley of Kids in the Hall, rapper and actor Ice-T, Daily Show correspondents John Hodgman and Kristen Schall, actor Tom Cavanagh and Norm MacDonald of Saturday Night Live.

“I’m excited to host another round of blank-filling on MATCH GAME,” said host Darrin Rose. “Between the highly-intoxicating Seán and Deb, and the hilarious celebrity panel, I’m sure fans will find this season totally addictive.”

The quiz show has contestants try to match answers with a panel of celebrities and comedians throughout various rounds. Some of the answers are funny, simple and gibberish.

The first season of Match Game was one of Comedy’s most watched shows and averaged two million viewers each week and 70,000 on weeknights. The second season will consist of 60 brand-new episodes.

The show is based off of FremantleMedia’s international format, which has spawned local versions including the Canadian one and editions in the U.K., Australia, Germany, France and Mexico. Match Game is recorded in Toronto by Montreal-based Zone3, one of Quebec’s largest production houses.