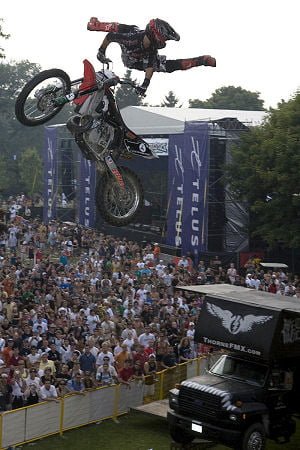 A total of six wakeboarding belts were awarded this year for the pro wake events. Some of the winners at the event included Brian Grubb, Shane Bonifay, in addition to Phillip Soven and Keith Lidberg, who also won at last year’s event.

Performances during the event included Alexisonfire, Story of the Year, Lupe Fiasco, illScarlet, the Deftones, Goldfinger, and De La Soul.

One questionable offense did mar this year’s Wakestock however. The Toronto Star is reporting that during the freestyle motocross event someone was sent up into the trees to cut down limbs that had gotten in the way of the riders (or is it the other way around?). It’s unclear how anyone at the event would legally have permission to cut limbs from city owned trees on public property, but it doesn’t quite lend itself to a “green” image for the event. 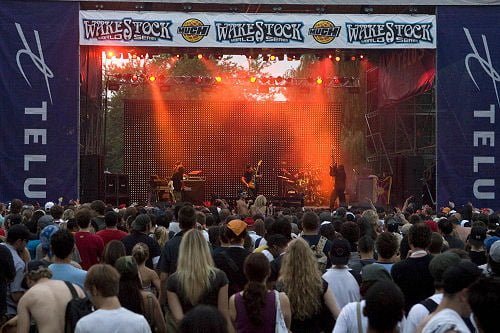 Anyway, for the true Wakestock fans out there, here’s the official Wakestock summary of Sunday’s final set of events:

First up was the Billabong Pro Wakeskate where three time Wakestock champion and wakeskate legend, Brian Grubb faced off against the new generation including three Wakestock rookies. Despite some incredible riding by rising talents Nick Taylor, Aaron Rathy, Ben Horan, Ryan Doyle, and Stuart Shinn, Grubb was flawless. In fact he didn’t fall all weekend and stuck the first toeside wake to wake frontside bigspin ever stomped in competition. Grubb’s performance easily earned him his fourth Wakestock title and belt.

Next came the Billabong Pro Railslide featuring the best rail riders on the biggest and toughest rails in the sport. As rail finalist Andrew Adkison put it: “The Billabong Pro at Wakestock is essentially the world championships of wakeboard rail riding.” Keith Lidberg, the world’s premier master prevailed in Pro Railslide but not without a fight from Aaron Rathy and Kevin Henshaw who were forced to settle for 2nd and 3rd respectively. However, Lidberg’s ultra smooth style and high degree of technical difficulty won the day and his 3rd consecutive Wakestock Rail Title and Belt.

The Malibu Boats Expression Session was held late in the afternoon under hot sunny skies and pristine water conditions. The final four came down to Soven vs Jeff Weatherall and Rusty Malinoski vs Andrew Adkison. Soven packaged a perfect run of 11 tech tricks including a Switch Toe 9 and a Nose Grab Crow Mobe 540 plus two flawless rail tricks to dispatch Weatherall. Then in one of the closest duels of the contest Adkison edged crowd favourite Malinoski the reigning WWA World Series champ. Adkison, a two time world champion gave Soven a run for his money, but fell twice, including his double-up. Soven responded with another flawless standup run. Confident that he had the victory Soven attempted a Backside 9, a first in competition, but just missed. Soven’s two consecutive Expression Session titles was a Wakestock first.

After receiving his Wakestock award belt, Soven commented: “I really enjoy competing at Wakestock because it has such a big crowd and the water and the wake is so great here!”

Adkison agreed: “The Wakestock spectator crowd is the largest and most enthusiastic on tour. They really get you pumped up to ride! That’s why a lot of firsts go down at Wakestock.”

The last event, and arguably the most sensational was the Oakley Pool Jam Best Wakeboard Trick contest. The spectacular opening rail transfer over a 14 stair set was where all of the best tricks were being thrown down. That was where all of the photographers and filmers were gathered to catch the battle between Shane and Parks Bonifay, JD Webb, Aaron Rathy and JD Webb. But with a perfect Switch Frontside Boardslide to Backside 180 Transfer to Boardslide to 90, it was Shane Bonifay who prevailed reclaiming the Oakley Pool Jam title he had won at Wakestock 2005.

For more details on the event head over to www.wakestock.com. 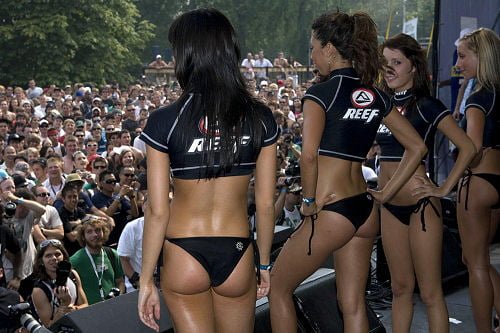