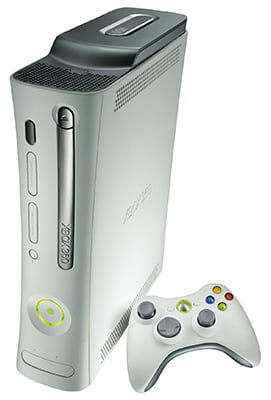 Since debuting in November 2005 the Xbox 360 has been the console to beat, but Nintendo’s Wii has quickly gained ground since it launched last September and stands a good chance of overtaking Microsoft’s dream machine some time in the coming months. This price drop could change all of that, however Microsoft also has a few cards up it’s sleeve for the important Holiday season coming up.

Microsoft was quick to point out that fans can get Madden NFL 08 as of August 14, but if you’re a Halo fan the date to watch will be September 25 when Halo 3 takes to store shelves. Sales for Halo 2 were groundbreaking, reaching $125 million U.S. in the first 24 hours alone, so it’s more than likely that Halo 3 will show a similar trend, and could very well entice a number of new but reluctant buyers to step up to the Xbox 360. (Halo 3 developers Bungie also recently announced that the game will feature four-player co-op campaign mode.)

Buyers will also want to take note that their options for which Xbox 360 they want to buy are also expanding. In Canada the standard Xbox 360 comes with a 20 GB hard drive, in addition to a controller, headset and the cables needed to hook it up. Hardcore gamers can pick up the Xbox 360 Elite for $499.99, which comes in black, and sports a 120 GB hard drive. Gamers who don’t need the hard drive can opt for the Xbox 360 Core System fir $299.99. And finally, Halo fans can pick up the Xbox 360 Halo 3 Special Edition Console in September for $449.99.

However the other interesting side-note to all of this is the fact that this news comes less than a month after Microsoft was expected to drop the price of the 360 during the E3 tradeshow in Santa Monica.

At the event Sony announced that it was dropping the price of it’s PlayStation 3, which caused speculation that Microsoft would do the same. Microsoft didn’t of course, but they did address the problems surrounding the “red ring of death” – a fatal hardware flaw that’s caused numerous Xbox 360’s to crash. Microsoft acknowledged the issue and extended the warranty on the consoles to a whopping 3 years.