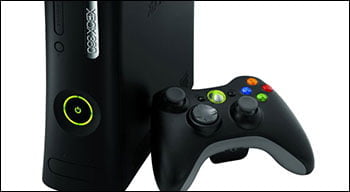 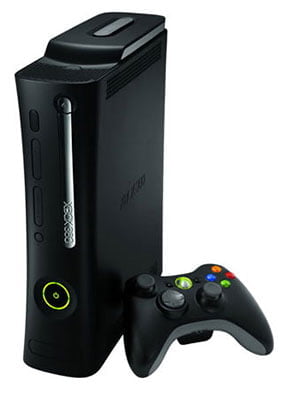 The media are calling it Microsoft’s worst kept secret, but you can call it the Xbox 360 Elite – an updated model of the console that originally came out almost a year and a half ago. Set to retail for $549.99 in Canada, the Elite tears a page out of Sony’s PlayStation 3 gameplan and includes an HDMI port, a larger 120 GB hard drive, cables, a controller, and of course, a shiny new black finish.

It’s an almost essential upgrade for some considering how quickly the 20 GB hard drive, which was the only size available up until now, fills up when you start downloading games, patches, and other content through Xbox Live.

The only catch for Canadians is that the 120 GB hard drive could almost be considered useless right now unless you end up burning all of your CDs to the system.

While American Xbox 360 owners have options to buy TV and movie content from the Xbox Live service, in Canada there’s still no real content to speak of on the system. That’s thanks to the whole licencing issue that stems from the fact that content, just as an example, might be produced by ABC in the U.S. but is licenced to CTV in Canada. As I understand it, that means that CTV gets all the rights to a TV show in Canada and has to make a deal with both ABC and Microsoft to allow content to appear on the Canadian version of the Xbox Live site.

On the bright side the HDMI upgrade is a biggie for anyone with a TV that can handle the 1080p graphics.

Gamers who already own an Xbox 360, and want to pick up the new hard drive can buy it separately for an estimated retail price of $209.99 Canadian. For more details on the system head over to www.xbox.com or check out the full specs below…