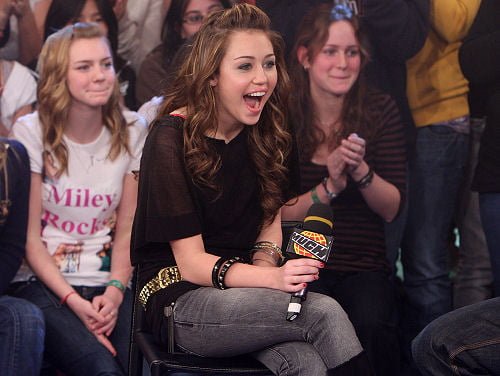 Miley Cyrus, the teen star of the Disney hit show Hannah Montana, dropped by MuchOnDemand on Friday, December 14 for a chance to meet with her fans.

Cryus was in town for the Best of Both Worlds Tour, one of the biggest concerts of the year in the U.S. More than a few fans have been disappointed by how quickly tickets sold out for the popular teen’s concerts, but she recently added more dates across the country to make up for it.

Fans of the star can also look forward to seeing a lot more of Cyrus as she’s already working on a movie, Hannah Montana: The Movie, which is expected in late 2008.

Cryus is the daughter of country musician Billy Ray Cyrus.

In the photos from MuchMusic you can see Cyrus reacting to a surprise call from Hilary Duff. 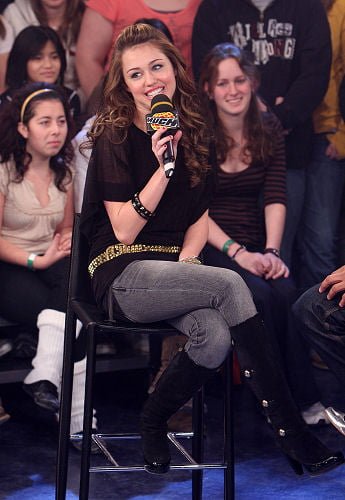