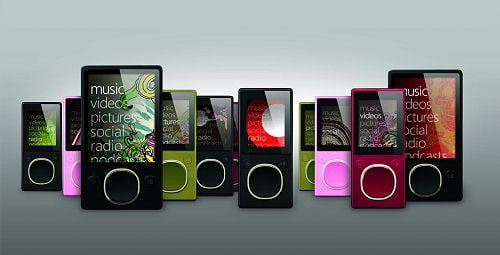 More than a few technophiles, myself included, have been waiting for this news for some time, and today at the Consumer Electronic Show, Microsoft made it official. The Zune media player, Zune Social, and all the Zune accessories will be available in Canada starting this Spring 2008. 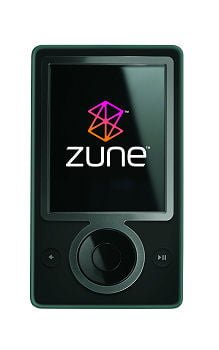 Three models of the Zune will be available at launch, including a deluxe 80 Gb version, and two ultra-portable, 4 Gb and 8 Gb versions. With the 80 Gb model users get a 3.2-inch screen and premium headphones, and all three editions come with FM Tuner, wired or wireless synchronization, and the ability to play songs or video, or view photos.

Thanks to the wireless capabilities of the Zune, users can also share music with nearby Zune owners, giving them up to three listens of a song.

“We are excited to offer Canadians an alternative music experience with Zune,” said Craig Tullett, Group Manager, Zune Canada. “With wireless capabilities and a unique social experience, Canadians can continue to discover and share music in new ways.”

Launched initially in the U.S. in November of 2006, the first generation of Zunes failed to make much of a dent in the market. However, with the launch of the second generation of devices in late-2007, including the 80 Gb model and its unique touchpad button, the Zune enjoyed a number of positive reviews for the Holidays.

At the time, it seemed odd that Microsoft would launch a second generation Zunes without also launching the device in Canada. But many reports, including one of my own, showed that most U.S. stores didn’t have any supply until very late in the year. More than likely, that means Microsoft had hoped to get demand settled in the U.S. before they tackled Canada.

Although no price was announced yet, the 80 Gb Zune retails for $249 in the United States, so it is likely that a similar price point will be adopted here.

Stay tuned for more on the Zune, including a review of the 80 Gb model and the Zune software.