Meg Tilly chats ‘Bomb Girls’ on the set of season 2 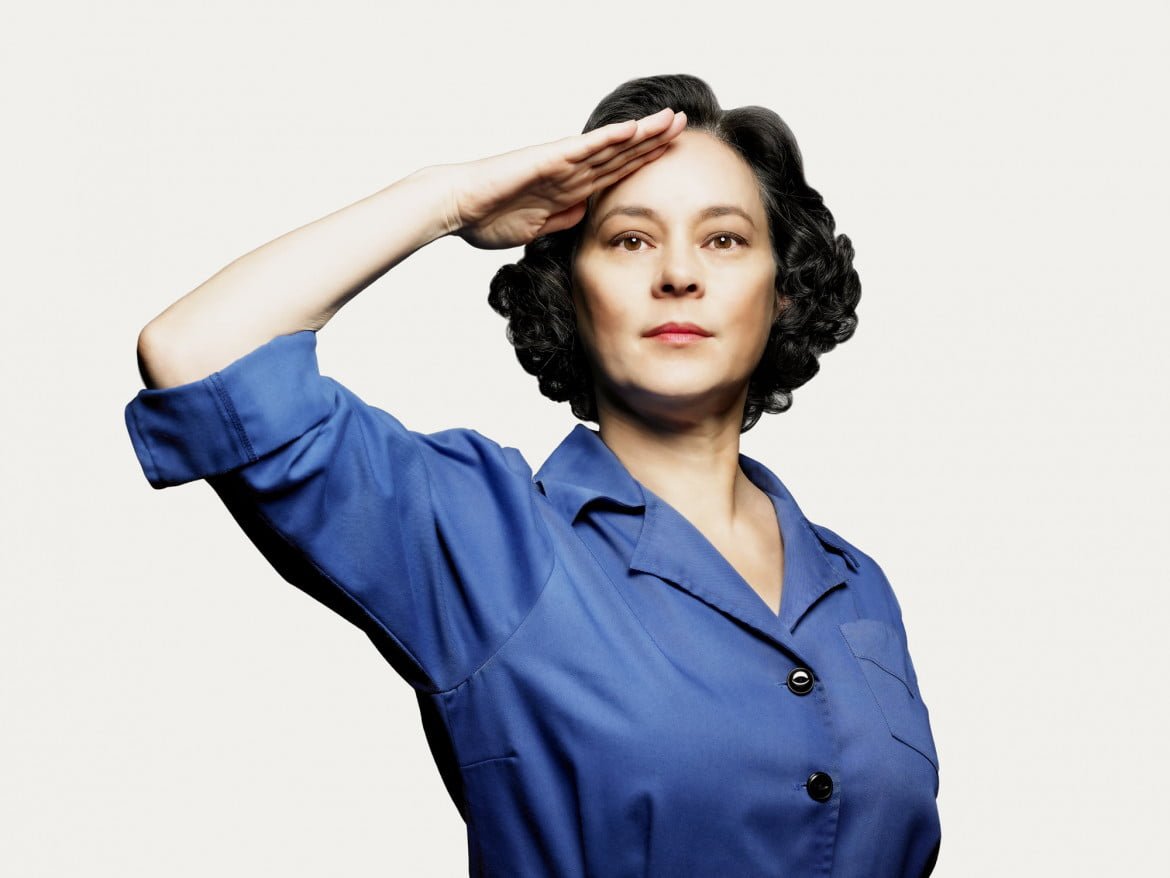 Canadian dramas have come a long way in the last ten years, and a great example of the spirit of the new era in Canadian television is Muse Entertainment’s Bomb Girls, which kicks off its second season on Global this coming Wednesday, January 2 at 8:00 PM (ET/PT).

During the summer of 2012, I was invited to drop by the Bomb Girls back lot in Toronto’s west end to check out the set and watch some of the filming, which gave me a chance to meet the wonderful show’s star, Meg Tilly, once again.

Meeting the star on set, it seemed clear that the cast and crew are a close-knit group, and among them Tilly has a similar role to her character’s, which is definitely rather motherly, in the nicest way possible. She’s also one of the sweetest people I’ve ever met, which is not what many people expect of television stars, whether they’re Canadian or not.

Sitting down on the set’s factory floor, I asked Tilly about returning to the role she loves so much, as Lorna Corbett, and what this season means to her for the growth of her character. Watch the video interview with Meg Tilly below, and stay tuned for my interview with co-star Charlotte Hegele next.

Bomb Girls “The Quickening” synopsis: It’s 1942, and with the Axis taking every battle, there’s a real chance the bad guys could win. After meeting Kai, a Chinese-American who has witnessed the horrors of the war in Hong Kong, Gladys is determined to help Canadian POW’s–organizing a fundraiser that her parents aim to usurp as a PR opportunity. Lorna continues to deal with the fallout from her pregnancy, especially when both Bob and Marco learn the truth. Betty finds a vanished friend–but may end up wishing she hadn’t.