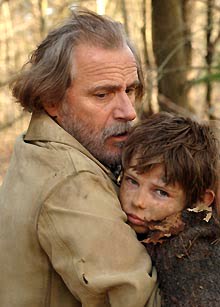 Summer hasn’t even officially started yet, and September is still a couple of months away, but for anyone who loves movies or works in the business it’s easy to get excited about the end of summer as details emerge about the latest Toronto International Film Festival. Running from September 6 to 15 this year, the 32nd annual event is just getting warmed up, but a few details have already been announced.

First and foremost, the TIFF Group has announced that Fugitive Pieces, a film from producer Robert Lantos, and based on Anne Michaels‘ bestselling novel of the same name, will open the festival as a Gala Presentation. Directed by Jeremy Podeswa, the film stars Stephen Dillane, Rade Sherbedgia, Rosamund Pike, Ayelet Zurer, Robbie Kay, Ed Stoppard, Rachelle Lefevre, and Nina Dobrev in a “powerful, poetic, and emotionally-charged drama about love, loss and redemption.”

While the official TIFF website (www.tiff07.ca) gears up to launch on July 4, a lot of other details are now available for anyone looking to buy tickets or coupons.

Various theatre box offices will also open one hour prior to first screenings when the festival opens in September. For more information about the 2007 TIFF head over to the official site or call 416.968.FILM (or 1-877-968-FILM). Stay tuned to The GATE for ongoing updates, film coverage, reviews, photos, interviews and lots more.