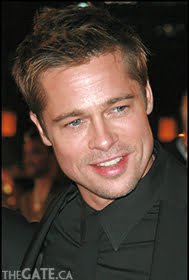 The 32nd Toronto International Film Festival made its big announcement today, revealing all of the over 500 international guests, stars, and filmmakers who are expected to make an appearance this year. Every year the list seems to grow and grow, and Hollywood seems to make an ever-increasing rush to be in town during the event.

Whether you’re in Toronto to see films at the festival, just want to catch sight of a few celebrities, or you just live here, September is always a good time star gaze.

Once again there are also a multitude of stars who will be returning to the festival after visiting in the past (It’s actually harder these days to figure out who hasn’t been at the festival before). Some of our personal favorites expected to return this year are: Brad Pitt, Ewan McGregor, Clive Owen, Charlize Theron, George Clooney, Sigourney Weaver, and Samuel L. Jackson… just to name a few.

Here’s The GATE’s abbreviated list of expected stars. Stay tuned for lots more news, photos, and interviews from this year’s festival which runs from September 6 to 15.