Ontario to TIFF: No smoking, please 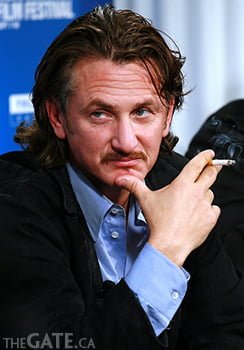 Playback Magazine is reporting that Ontario’s health minister has warned the Toronto International Film Festival, festival co-director Noah Cowan, to “keep a tighter leash” (Playback‘s wording, not the minister’s) on celebrities at this years event.

The warning comes after Sean Penn decided to light up a cigarette in front of assembled media and camera crews in a hotel meeting room during a press conference last year.

Penn managed to elude charges, however the Sutton Place Hotel, where the event took place, was fined for not having proper signage and neglecting to make Penn aware of Ontario’s smoking laws.

According to the Playback article minister Jim Watson was quoted in the letter to Cowan as saying that further infractions “could result in charges being laid.”

Personally, while I think a lot of celebrities are happy to follow the rules, it’s just as likely for at least one or two stars to ignore the laws and light up anyway. Time will tell however.

The 2007 TIFF starts this Thursday, September 6 and runs until Saturday, September 15. Advance tickets go on sale tomorrow, Wednesday, September 5, starting at 7:00 AM. Head over to the official website for more information.