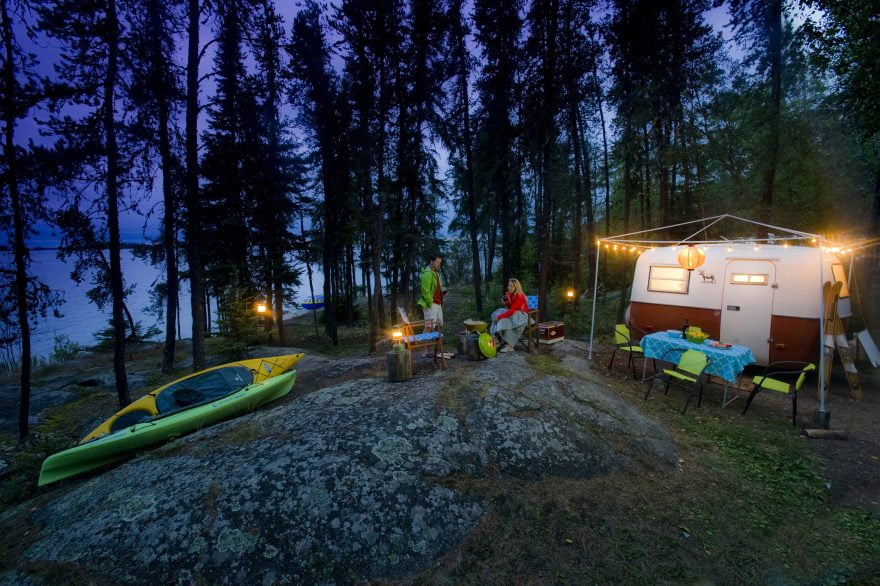 Cool, new fuel-efficient RVs are perfect for travellers who want to hit the road and enjoy free-spirited Canadian adventures.

[dropcap size=big]V[/dropcap]ast and diverse, Canada is road-trip heaven from the iconic ride through the Rockies, to looping around Nova Scotia’s Cabot Trail to the tune of Celtic fiddles on the Atlantic coast. According to a January 2015 market research report from the country’s Recreational Vehicle Dealers, the number of RVs hitting the tarmac across the country is growing by more than 4% every year.

It’s no wonder, considering the current desire for affordable vacations and the 1960s VW-van, gypsy-caravanning spirit re-awakening in retiring baby boomers. Not only that, according to Kampgrounds of America, six out of 10 millennials are keen to camp, with a preference for a whole new generation of cool, fuel-efficient RVs.

So, savour the spontaneity of steering your own wheels and go RVing along classically Canadian routes such as these:

Circle the wild tip of British Columbia’s southern Vancouver Island on the Pacific Marine Circle Route, a 290-km (180-mi) loop accessible only since 2009 with the paving of a logging road through lush rainforest. Start in Victoria, then explore artsy Sooke and the remote beaches of Juan de Fuca Provincial Park. Camp in the fishing outpost of Port Renfrew and explore tidal pools along Botanical Beach, before gazing up at ancient mammoth trees in Avatar Grove. Circle back via Duncan, home to 80 totem poles and a farmer’s market showcasing produce, cheeses and wines from the adjoining Cowichan Valley.

Drive the Dempster Highway north from the gold-rush town of Dawson City, YK, to Inuvik in the Northwest Territories. The 671-km (416-mi) all-weather road skirts the saw-tooth peaks of Tombstone Territorial Park, travelling over tundra and across the Arctic Circle. Watch for caribou, wolves, moose, bears and Arctic wildflowers under the Midnight Sun, before setting up camp overlooking the Mackenzie River delta where it meets the Arctic Ocean.

Zoom north from Toronto on the 15-day, 1,285-km (805-mi) Georgian Bay Coastal Route, a nature-filled collage of beaches, canoeing in Killarney Provincial Park, kayaking, fishing and poking into gorges and grottos en route. Return via car ferry from Tobermory for a day hiking the famed trail in Bruce Peninsula National Park. Who knew there was so much wilderness just outside Canada’s biggest city?

Drift off to sleep overlooking the sea and wake up to a walk on the bare ocean floor; camping alongside the Bay of Fundy with the world’s highest tides—up to 15 m (49 ft)—will let you do just that! Enjoy lively Acadian hospitality in sweet villages and dig into a lobster feast straight off the boat. Spot whales on foggy mornings, go fly-fishing and hike to waterfalls along New Brunswick’s five great road routes, filled with surprises like… how do you reach Fundy National Park’s Point Wolfe Campground? You cross a covered bridge to get there.