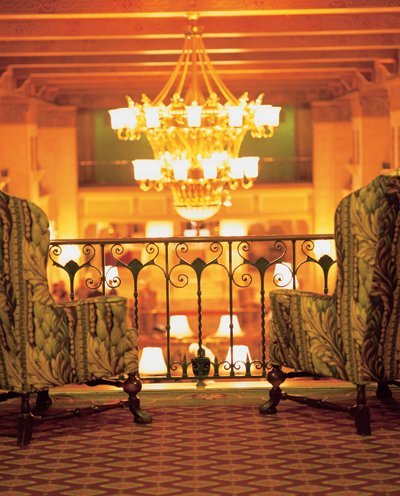 Last night as I was writing notes for this book on the experience of living in the Fairmont Royal York, on hotel living and hotel culture, it occurred to me that many if not most of the crazy adventures I have lived, and wonderful, although sometimes surreal experiences I have had, all are connected in one way or another to a hotel. In that way, the hotel becomes part of the sense memory of the event or experience.

Such is the case with this experience as well. Since moving in to the Fairmont Royal York there has been a swirl of culture events, global events, some of which came directly into my suite to visit me.

Just since moving in Ed McMahon passed away (the original “Heeerrreee’s Johnny” guy) – then the massive lipstick revolution in Iran, the event that saw Facebook and Twitter astoundingly become leading elements in a major global cultural and political movement. Then the death of Michael Jackson. Then the passing of Karl Malden – one of the great character actors of all time.

Here is how it all ties in together. Karl Malden, one of my favourite actors of all time, a guy who was with Brando from the beginning, from before the beginning, was in Toronto about ten years ago to plug his engaging autobiography called When Do I Start? When he was offered up to me for an interview I jumped at the chance, and where did I first meet Karl Malden? In the mezzanine lounge area of the Royal York.

We sat in the big comfortable chairs and just talked about his career – my movie history background and my love of his work in particular fueled a energic conversation that ranged from Malden agreeing to do One Eyed Jacks, the revisionist western that was the only film Marlon Brando ever directed himself, a film Malden agreed to be in on Brando’s suggestion alone – never read the script – never signed his contract.

We talked about Steve McQueen and Edward G. Robinson locking acting horns on The Cincinnati Kid (Malden co-starred, our own Norman Jewison directed) and we talked about Patton and how Malden and George C. Scott would sit in the desert in Spain and play chess while World War II was being recreated around them. We then went outside and sat under a tree in the sun to shoot the interview in a quiet setting. When I heard of his passing I stopped by the mezzanine lounge and sat in the chair I sat in opposite Karl Malden – and I remembered him laughing and saying “How does someone with a nose like mine end up being a movie actor?”

Of course the talk of the lobby and the lounges is on Michael Jackson and the shocking death of a giant, mercurial talent that is also the very definition of Toxic Fame. I happened to be taking a look at the configuration of the historic Imperial Room in Royal York when I heard a family talking about Jackson in the lobby just outside the room – the husband and wife looked to be in their late fifties, the two girls looked to be in their early twenties. I, as writers tend to do, insinuated myself into their conversation as politely as I could.

They were visiting from Maine. I told them I had actually seen Jackson perform years ago when the Victory Tour stopped by Toronto and that he was an almost supernaturally electrifying performer. All four of these people spoke of Jackson with the same enthusiasm and the same frame of reference it seemed. As I strolled back through the lobby on my way to the elevators I noticed at least ten other people either talking about Michael Jackson or reading commemorative magazines devoted to him.

Last night while relaxing in my suite the telephone rang – on the other end of the phone was my friend and fellow author Ian Halperin.

Ian is riding a wave of craziness right now that is quite rare in the publishing world – his book on Guy Laliberte, the creative genius behind Cirque de Soleil has garnered controversy, headlines and the wrath of Guy Laliberte himself (the book is actually not that salacious – I have read it and actually came away from the book admiring Laliberte very much). Now his next book, which has been in the writing and planning stages for years – had it’s release was delayed a week. The title; Unmasked: The Final Years of Michael Jackson…

Ian told me that since the announcement of Jackson’s death his publisher, Simon and Schuster, has received over one thousand requests for interviews with the author. Before we ended our conversation Ian said, “You are living in the Royal York? – I love it there, I have stayed there a few times – love the way it feels.”

Absolutely man, me too – I love the way it feels.

It has been quite a week at the Fairmont Royal York – and the title I have chosen for the book version of the experience, Living History, just keeps getting more and more literally appropriate every day.