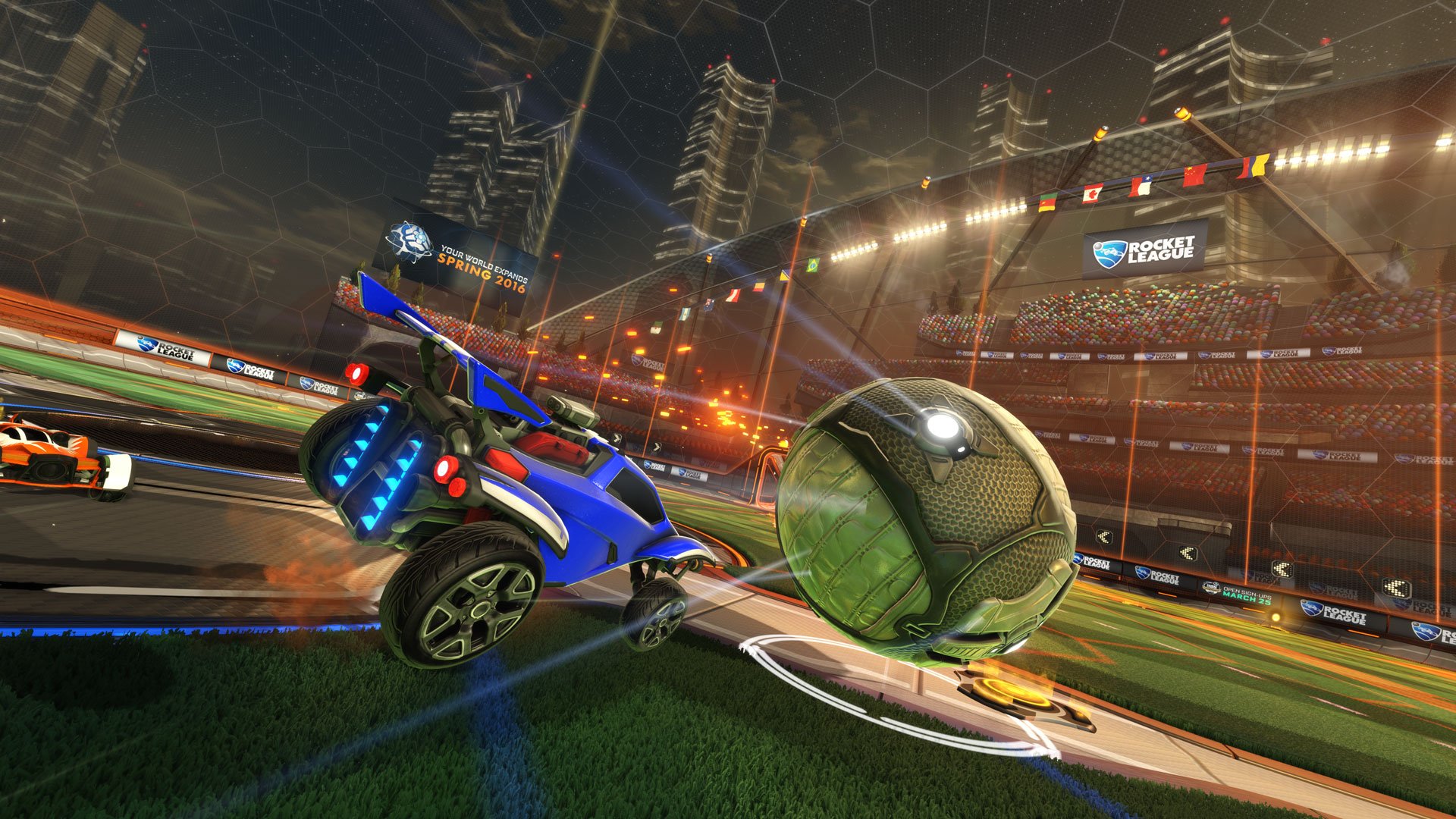 The last time I wrote here, I spoke of how detached I felt playing the sequel to one of the few sports games I’ve put any time into in the last decade. EA Sports UFC 2 did many of the things its predecessor did, but removed much of the smaller personality touches that kept me invested.

There is another sports game that released to the Xbox One just a few weeks ago, that has put me on the edge of my seat several times a match, where, more than once, I have jumped to my feet, fist in the air, and yelled in triumph. Each goal is hard-won, and I am made a participant in a sport rather than a player of a videogame. Every match can turn on a dime, you gain respect for opponents who know what they’re doing, and get mad at teammates who don’t join in the effort. This game is Rocket League, by developer Psyonix.

Rocket League is, basically, soccer with squads of up to four, played in cars. The ball is gigantic, the cars have nitro boosters, and can jump a little, too. Each car can be customized to give it a little personality, including things like your nitro trail being replaced by cash, a Viking helm for your car to wear, and flags, like your country, or popular gaming franchises.

Playing as cars that look like unlicensed Hot Wheels creations, the Warthog from Halo or, for $2, Back To The Future‘s DeLorean or Batman v Superman‘s Batmobile all add up to a sense of ownership. Look at my car, because it will differ from what everyone else is driving, but also, look at her car! How do I get that flag? Each round unlocks new paint options, or rims, or a hat. That means that even after a loss, you think, “I still got something out of this!” 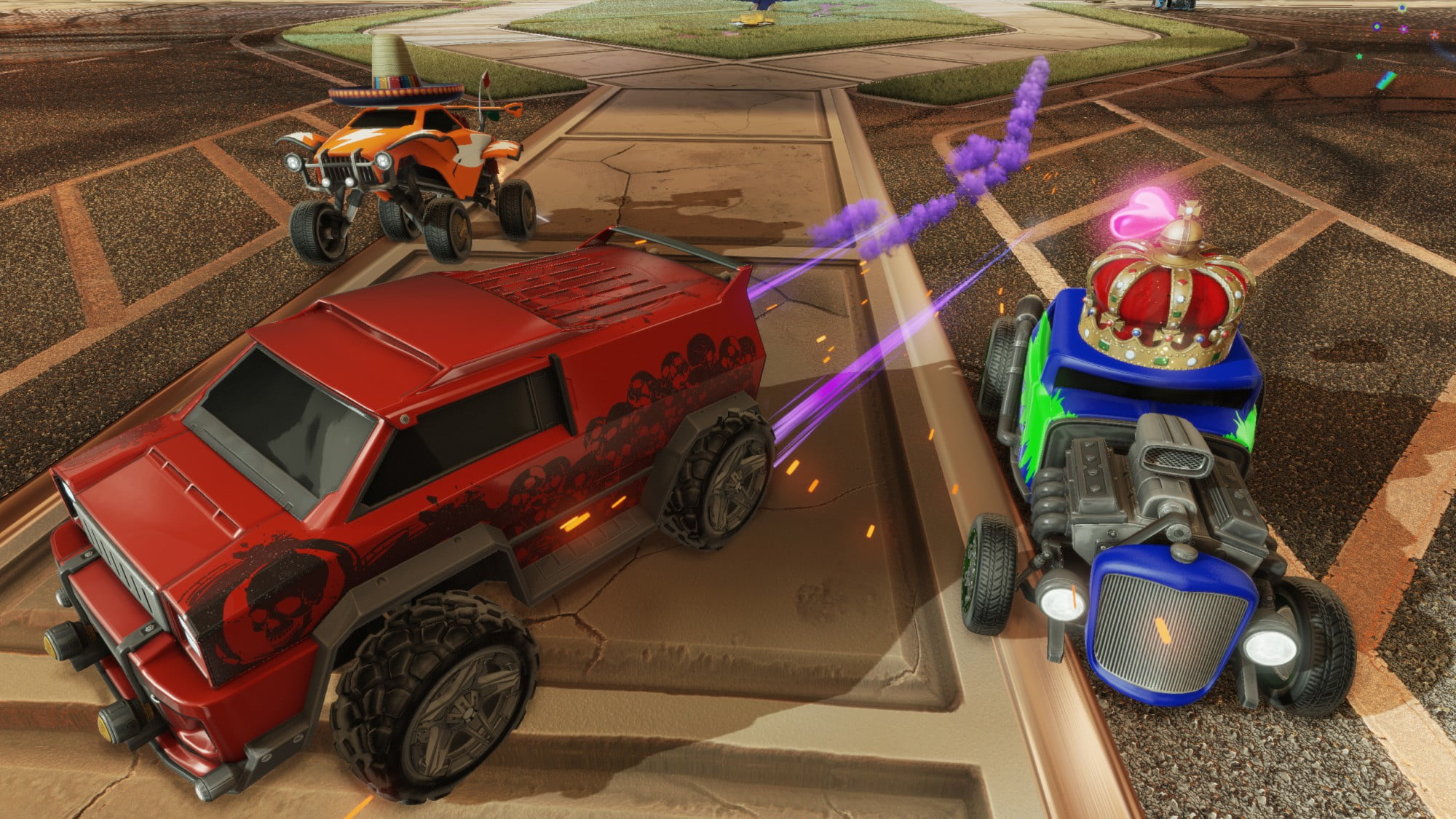 When playing other sports simulation games, they operate with many assumed abilities, for the sake of playability. A basketball player can dribble the ball without input. A single button press swings the bat in baseball. There are certainly factors like player timing, and in-game character stats that lead to the success of a shot or a pass, but the baseline operation of moving the ball from point A to point B is assumed.

Rocket League offers no such assumption. You are required to drive a car into a ball, which will react based on the angle, speed, and height from which your car does this. This leads to a great deal of chaos, and new players often appear like toddlers chasing a cat. But as you play, your ability to play the game develops. You don’t gain points that make the game easier to control. You simply get better at manipulating the car, which in turn, means you can start moving the ball around the field deliberately.

You learn how to maneuver through the air, how to use boost & brakes to time your shots, and how to best attack the ball. The game offers split-screen support, so I have had a lot of fun gathering my “team” on the couch, shouting passing and scoring opportunities at them. You can spot your teammates making a great play and cheer them on, as they do the same for you. We share in our victories, and our defeats. Nothing in Rocket League feels prepared, you’re doing it all without the game’s help. Each shot you block leads to a sigh of relief. Each goal scored elicits a shout of joy, and a well-earned feeling of triumph.

Rocket League is a ridiculous idea–jumping cars knocking around a giant ball–that only works as a videogame. When tied to such a relatable concept–push object into goal–it creates a one-of-a-kind competitive activity. Everything that happens in a match is down to you, and your team. It is not a series of mechanical button-presses. It is a sport, played with a controller. 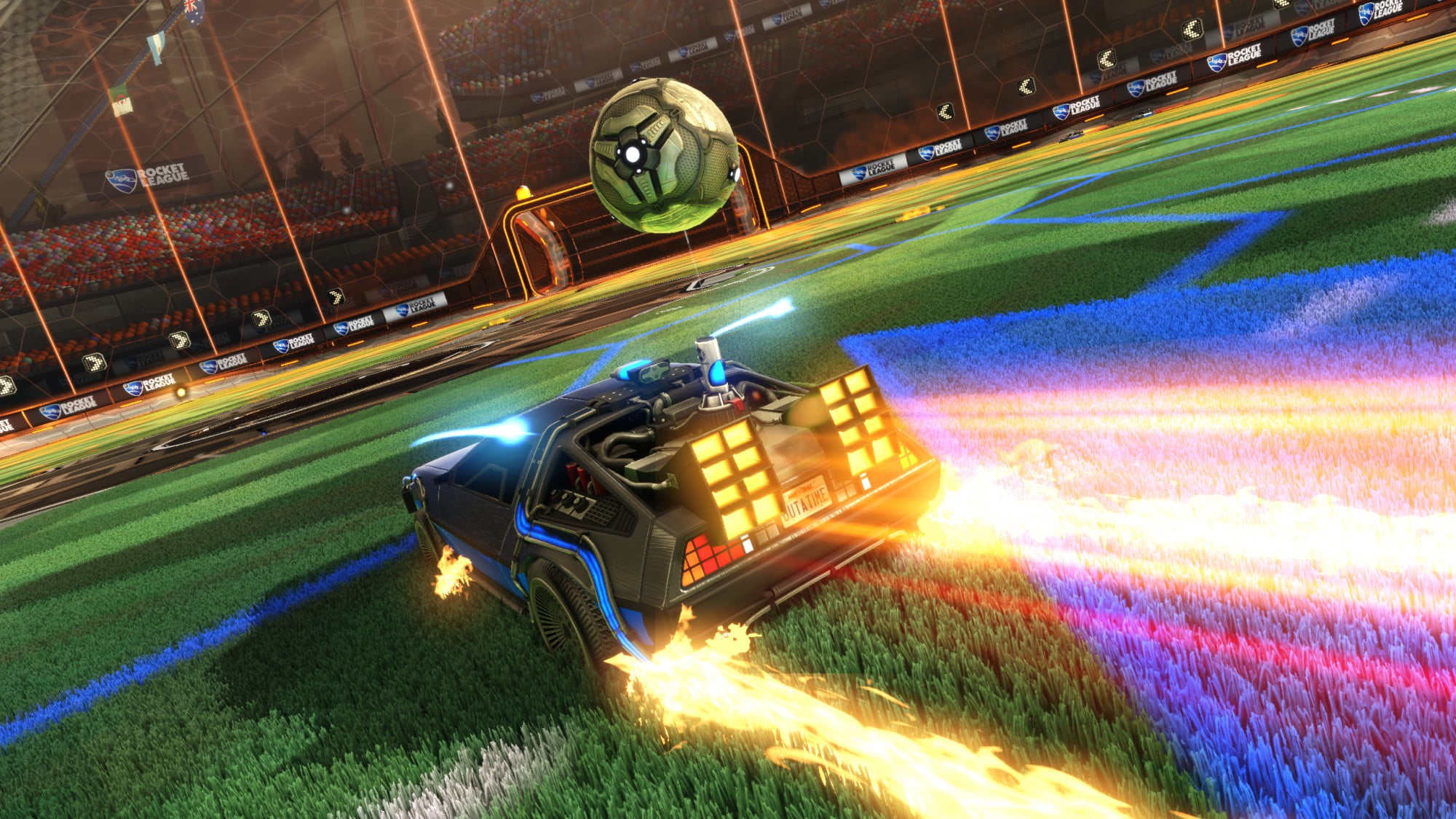