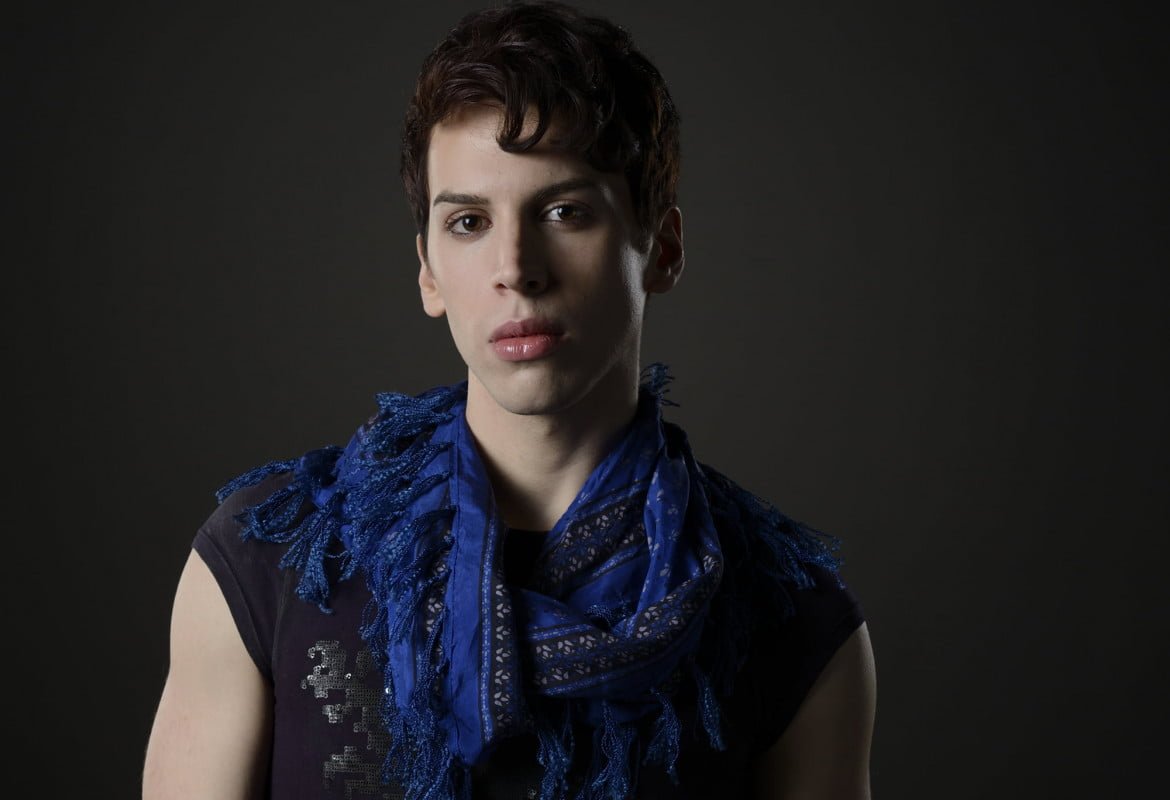 The first thing that is going to surprise you about actor Jordan Gavaris, who plays Felix in Space and BBC America’s dark science fiction series, Orphan Black, is the fact that he doesn’t actually have a British accent. He’s eloquent, charming, but he definitely has a regular, Canadian accent. On screen though, when Gavaris puts on the role of Felix opposite actress Tatiana Maslany, he is someone else entirely.

As Gavaris explained during my interview with him on the set of the new series, the inspiration he had with Felix was that the character was actually cat-like–free-spirited, sly, and impetuous–and that persona has been wrapped up with an impressive British accent that turns Gavaris into the foster-brother to Maslany’s Sarah. Felix is also a very sexual character, something the actor found fun and freeing, since, as he put it, that isn’t something most young 20-something actors get a chance to play.

Speaking about the relationship Felix has with Sarah, Gavaris said, “I remember reading in the script, it was such a lovely description of Felix and Sarah; they imprinted on each other. They are each other’s everything. He is her confidant, and when we sort of begin to travel down the rabbit hole, and he’s dragged along for the ride, he becomes the point of levity for the show. He’s the reprieve from the darkness–from what would otherwise be an extraordinarily dark, dark mystery.”

Watch the interview with Gavaris to hear what the actor had to say about Orphan Black, the way he looks at the character, and Felix’s relationship with Sarah.

For more on Orphan Black, watch the on-set interview with Tatiana Maslany.