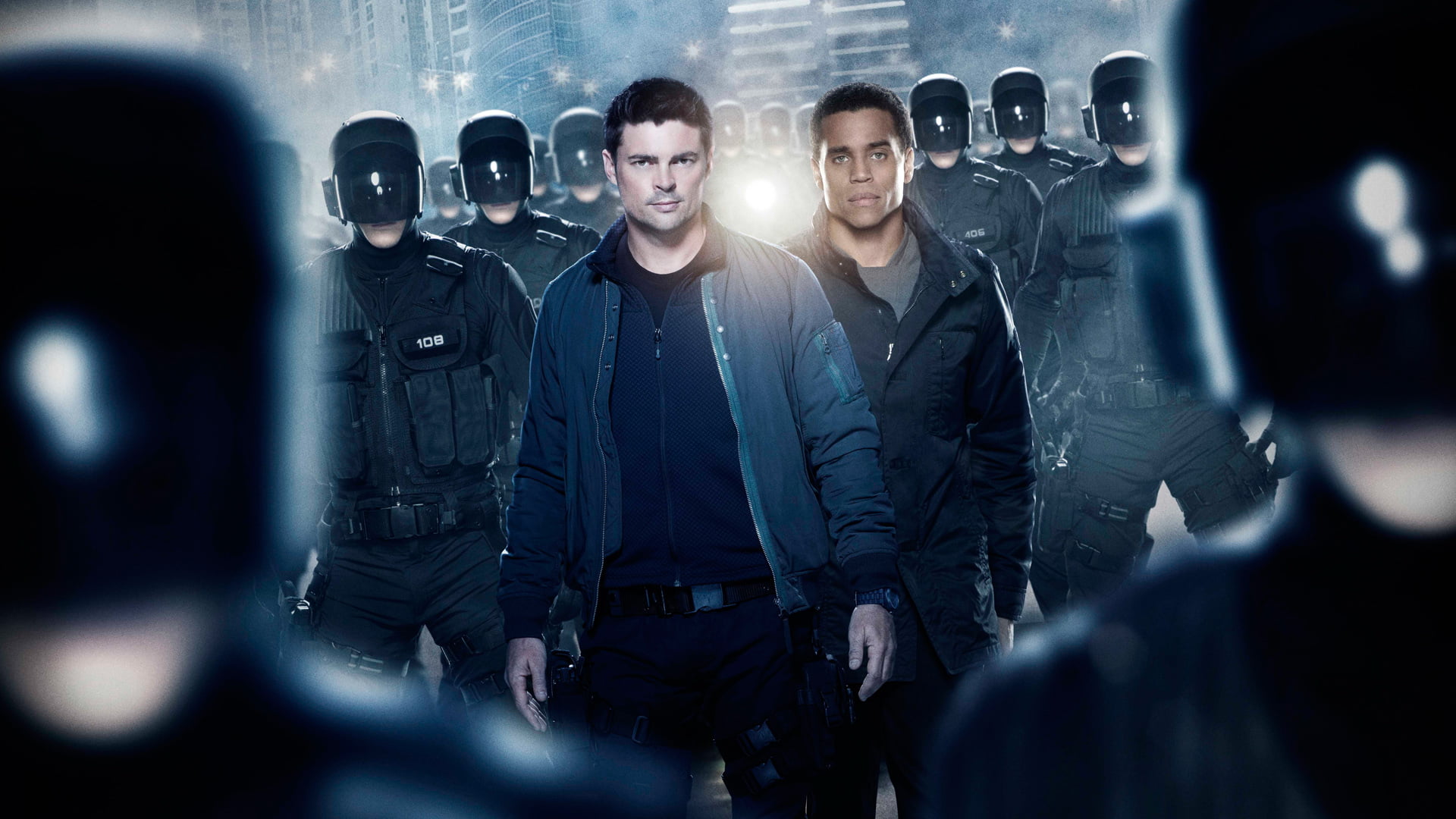 As fall seasons go, 2013 has not been all that impressive, especially when it comes to dramas. Aside from Marvel’s Agents of S.H.I.E.L.D., which has been a slow burn, and Sleepy Hollow, most of the new shows have been dull, dreary, or just plain dumb, but Almost Human is finally a new show that begs to be watched.

Created by J. H. Wyman, the man behind Fringe, and executive producer J. J. Abrams, Almost Human takes us 35 years into the future where technology has opened the door to mayhem, violence, and massive levels of illegal activity. Even if the show’s action comes off brawny, more than brainy, the show is fairly smart all the same, and wonderfully quick. The key to the series is not just the futuristic mood and theme though, but the pairing of Karl Urban as human Detective John Kennex with Michael Ealy as the android Dorian.

In this future, police officers are required to have android partners, whether they like it or not, and while Kennex survived an attack that killed his partner, he is returning to the force after a few years off with regrets and emotional issues, not to mention a few synthetic parts. Dorian, on the other hand, is like no other android in service. Standard police units are the heartless MX series, but Dorian is an older model that was mothballed because they basically went crazy thanks to their “synthetic soul” technology that attempted to make them more human, with feelings and everything.

In other words, where Kennex is cold and cruel, Dorian is emotional and friendly, with what you could call a heart of gold, or the robot equivalent at least.

On first glance, Almost Human feels like a cross between Total Recall (the movie), Minority Report, Dredd (for more than one reason), and the little known television series Total Recall 2070.

Actually, aside from the fact that Total Recall 2070 was set on Mars, Almost Human is surprisingly similar to that nineties series, including the whole android partner concept, and scary technology that lets you dive into memories. The biggest difference is that, instead of evil companies, Almost Human has evil gangs of high-tech thugs.

The show dwells in a sleek future, but the themes so far have mostly touched on the perils of technology, including the dire introduction. The only oddity is that somehow the MX androids are essentially the Storm Troopers of this universe–one bullet seems to be enough to take them out, or a stray signal, or just being kicked out of a car. (Maybe this will make for a great drinking game?) If this future was so advanced, and officers were required to have robot partners, you would think they would be a bit harder to destroy.

Despite the flaws though, and the absence of an over-arcing storyline to tie the series together episode-to-episode, Almost Human is one of the few shows this season that I feel like I can’t miss. There aren’t many shows I tune in to these days when they actually air, thanks to my PVR and a few screeners for shows too, but Almost Human has me coming back week-to-week.

Almost Human has what I can only call a weak showing so far, at the first season’s half-way mark, with ratings in the U.S. coming in rather weakly. Hopefully the series can turn viewership around, or at least earn a renewal based on the show’s promise and the interesting world that they’ve created–it may just come down to fans making themselves heard to tell the network how much they appreciate the show.

If you need an intro for the show, check out the original series trailer: