When I was a kid I spent a fair amount of time in the West Indies where pirate lore is everywhere–in books, in Calypso songs–so I am quite familiar with famous and some not so famous but equally fascinating pirates of the era depicted in the rollicking new Starz series Black Sails, airing on Super Channel in Canada–something that made my anticipation and ultimately my tempered enjoyment of the show that much greater.

The thing about pirates on screen, from the still very watchable Errol Flynn classic Captain Blood on up to Captain Jack in the Pirates of the Caribbean franchise is that they were always portrayed in a romantic and heroic manner, even the bad guys, which was only about 10% of the truth about the pirates I had grown up reading and hearing about. Black Sails attempts, and for the most part succeeds in capturing that sense of realism while at the same time weaving in a bit of Robert Louis Stevenson type mythology to keep things friendly as well as entertaining.

Set in 1715, right in the dead centre of what is known historically as the golden age of high seas piracy, the series concerns the goings on in three places: in the besieged New Providence Island (Bahamas), a place practically run by pirates; onboard the Walrus where the good guys, lead by Captain Flint (Toby Stephens) are in hot pursuit of the pirates after they were declared “hostis humini generis” (enemies of mankind); and onboard the pirate ship the Ranger lead by Captain Charles Vane (Zach McGowan) with “Calico Jack” Rackham (Toby Schmitz) and his fellow pirate and girlfriend Anne Bonny (Clara Paget) as his co-horts.

The stories deal with the fight of the good guys to rid the world of the bad guys sometimes using means that are indistinguishable for those of the rogues they are pursuing. All the characters look great (in the case of Paget as Anne Bonny, too great!) and the dialogue is all uttered with that devilish fun that you would expect to come out of actors playing pirates and swashbucklers.

The locations and sets are detailed and lush (Capetown and surrounding South African locations were used to very good stead on this show)–but if I were to criticize one thing it is how the story, or stories, unfold–it is if the makers, and Michael Bay is one of the big names attached to the producing team, aren’t sure if they are trying to make historical fiction, a realistic portrayal of the era, or a TV version of Pirates of the Caribbean.

As I stated off the top, I have a real fondness for pirate lore and have consumed many biographies of the infamous pirates of that era, Bartholemew “Black Barty” Roberts, Edward “Blackbeard” Teach, Stede Bonnet and many others so when I see a show like this use real names from the past it is a bit distracting. For instance, on the Walrus there is a young recruit (Luke Arnold) named John Silver–yes, that Long John Silver from Robert Louis Stevenson’s wholly invented novel Treasure Island (which takes place twenty years after Black Sails).

But on the Ranger, Calico Jack Rackham and Anne Bonny were very real characters from history but very little of how they are portrayed here is true. Historically speaking Anne Bonny and her female pirate pal Mary Read (not depicted here) were a couple of mean-assed hellcats who were every bit as nasty as the worst of their male counterparts. Bonny was convicted of murder and piracy and sentenced to hang in Jamaica–she boldly stood up and declared her sentence invalid since she was with child and the state had every authority to kill her but no authority to kill her innocent child along with her. Her argument was successful, her sentence was commuted to life in prison, and she was promptly broken out of jail by her boyfriend and the father of her child, Calico Jack Rackham.

The point I am making is when you choose to include real names from history, use their stories too–in the case of these pirates their real stories were more colourful and fantastical than anything Michael Bay et al could conjure.

That said, and all my built in prejudice aside, Black Sails is a very entertaining, rollicking, exciting bit of television despite the fact that the actors, who are uniformly solid, all look too damn good.

Clara Paget (Fast and Furious 6) is a gorgeous woman–the character she is playing was, historically speaking, a wiry, scarred, beaten up woman who had a very hard life written all over her face. Likewise many of the guys playing the pirates, Zack McGowan playing Captain Vane is a completely and perfectly buffed up guy–when in fact the real pirates of the era were often gaunt and malnourished creatures who lived on whatever stores (and rum) they could steal from the ships they plundered.

All in all, I quite enjoy this show and hope it continues on for a few seasons–I do wish they had made the characters a bit more historically realistic but certainly understand why that is not a route producers in our GQ slash Vogue times tend to take. Visually speaking, since the trouble was obviously gone through to make the sets, the ships, the weapons, even the pirate flags of the era as authentic as possible, the cool hotness of the actors and actresses and oddly the only beef I have with this show. 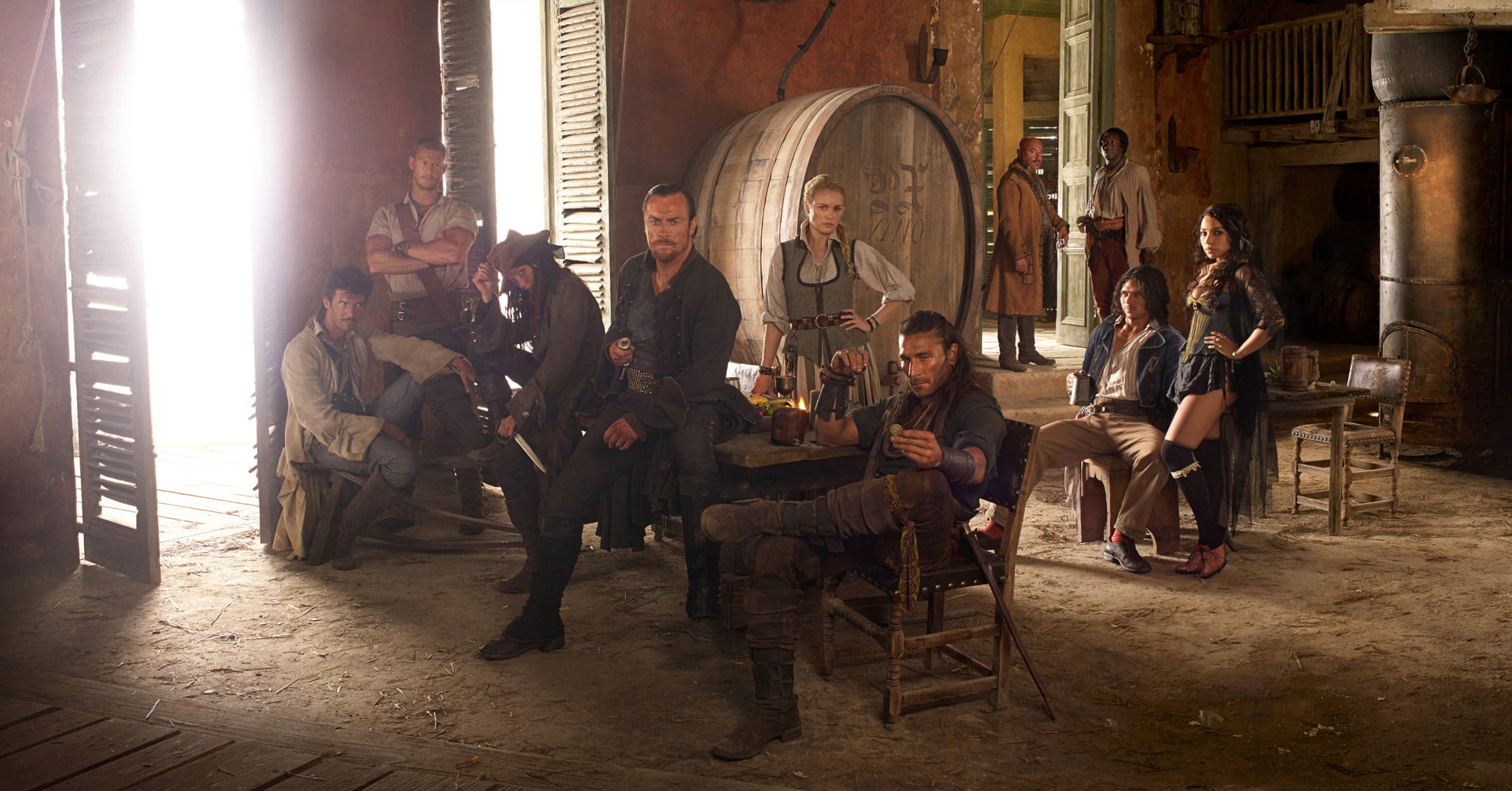 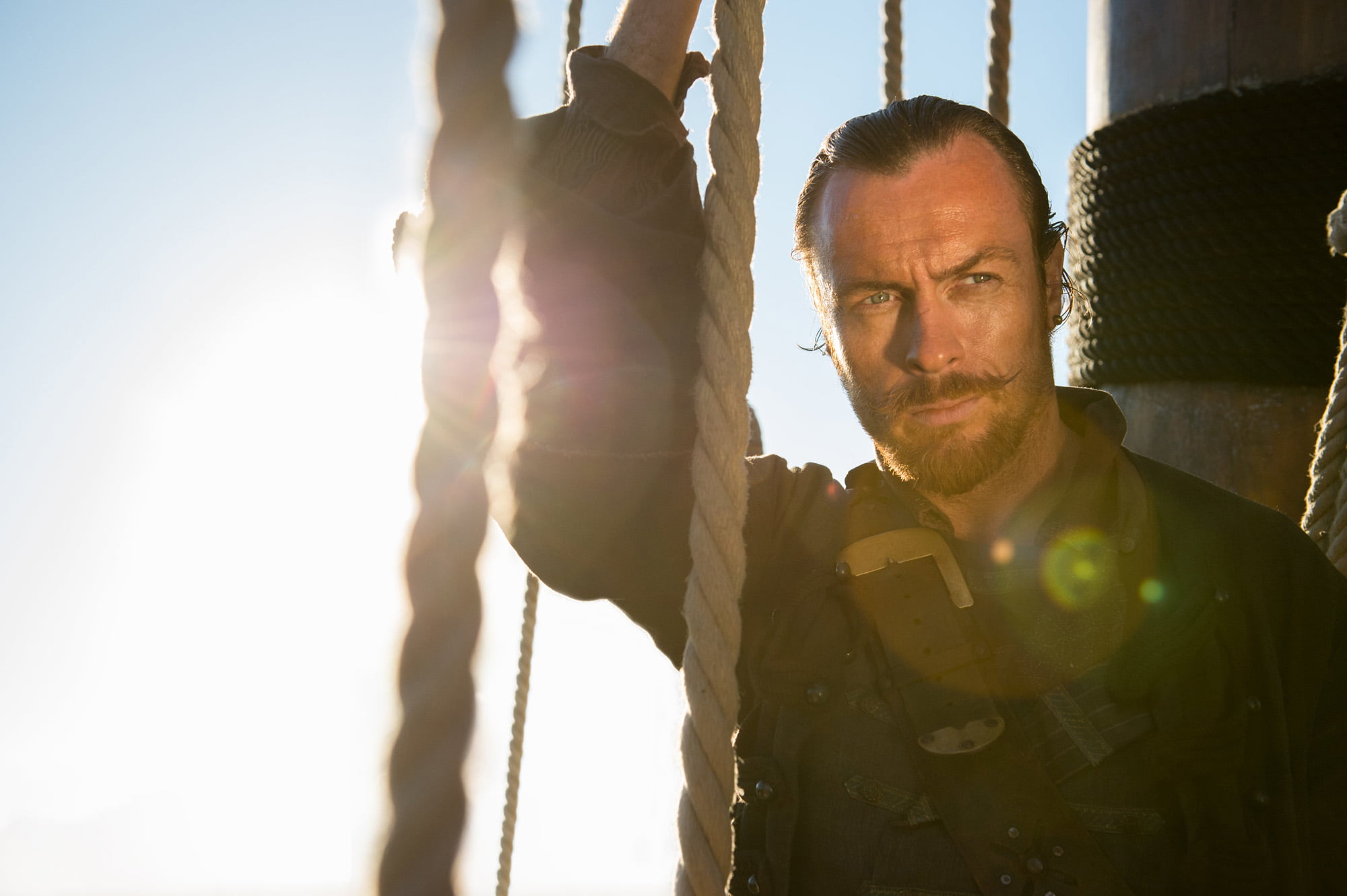 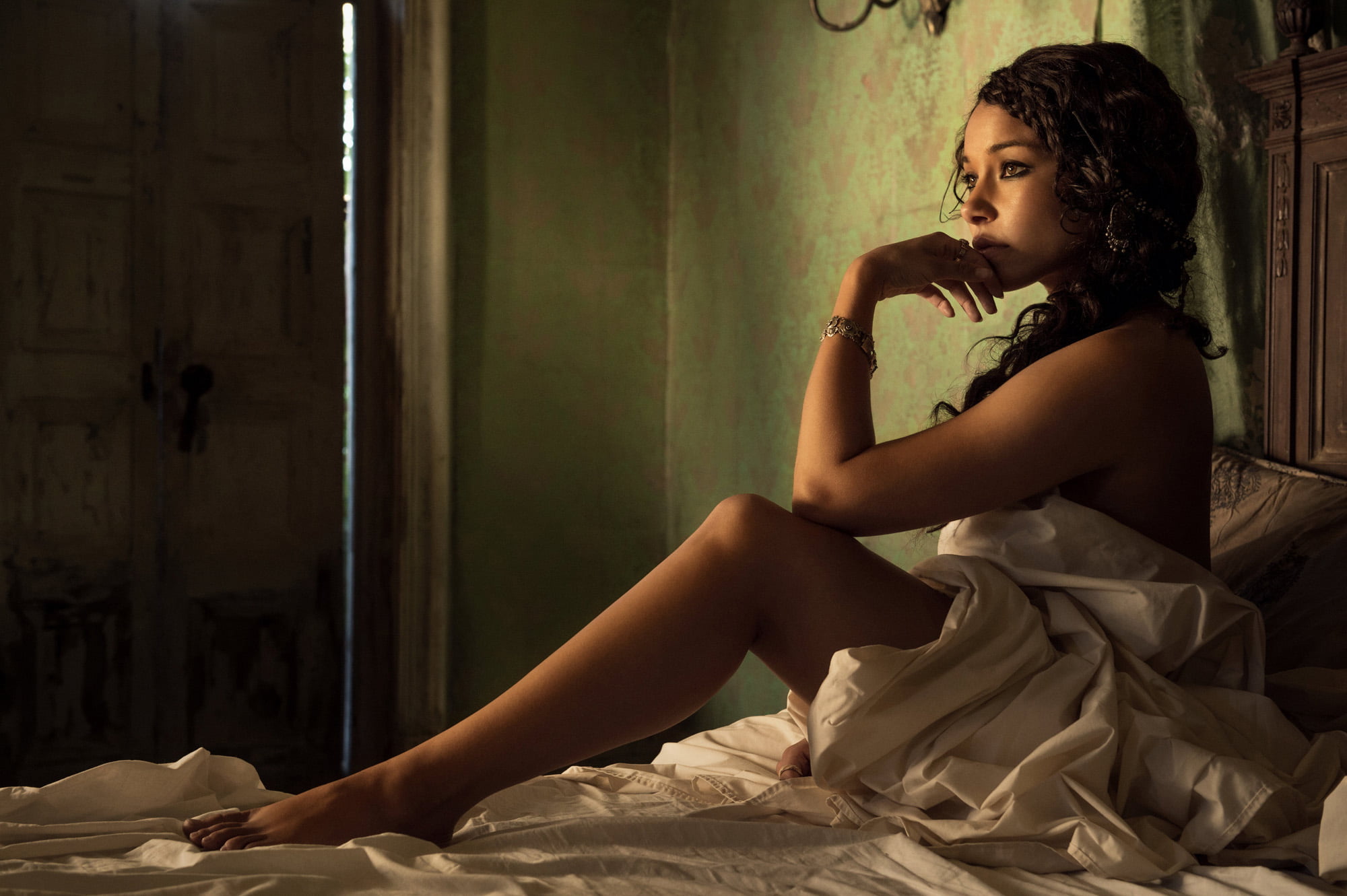 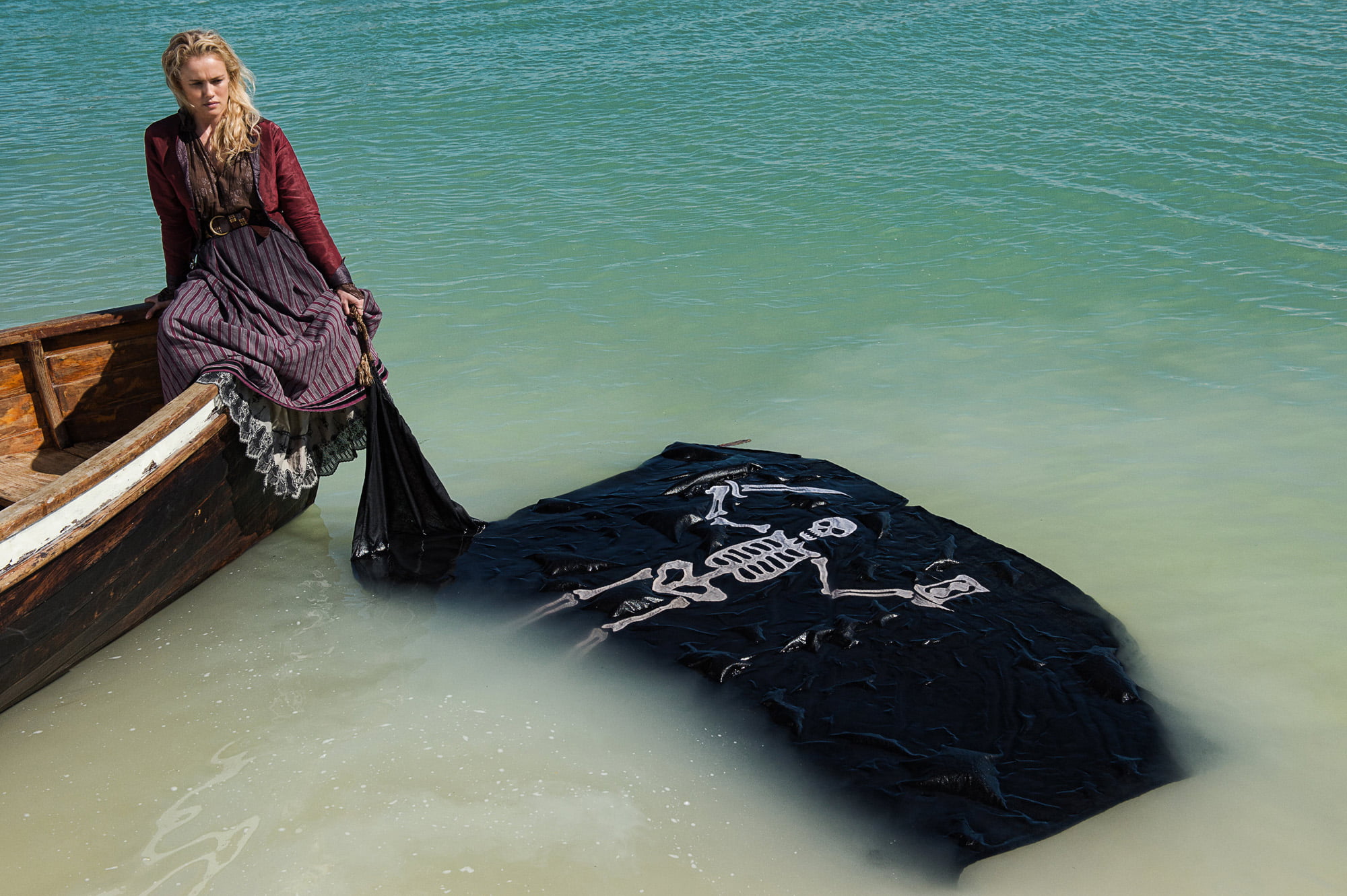 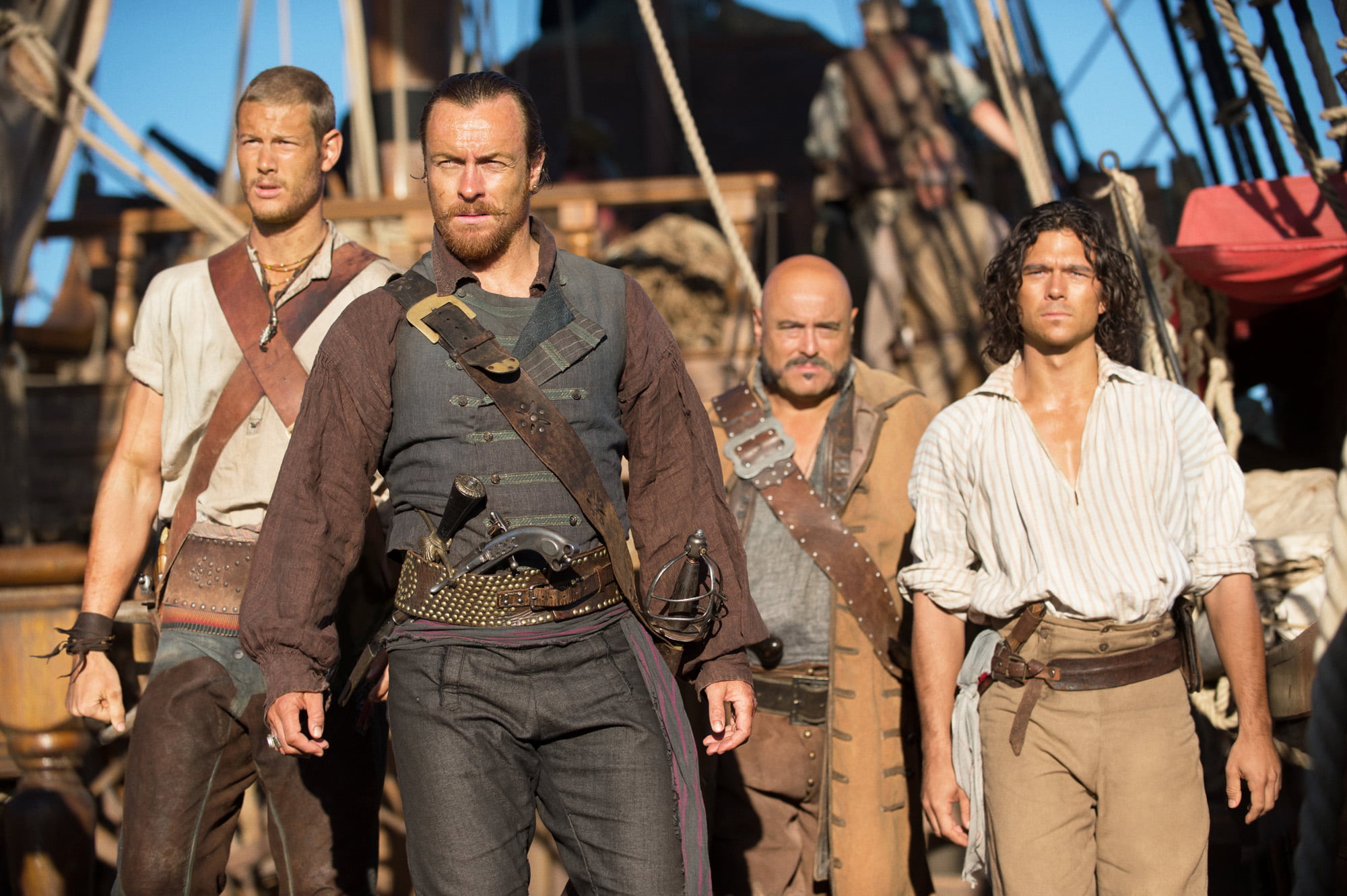 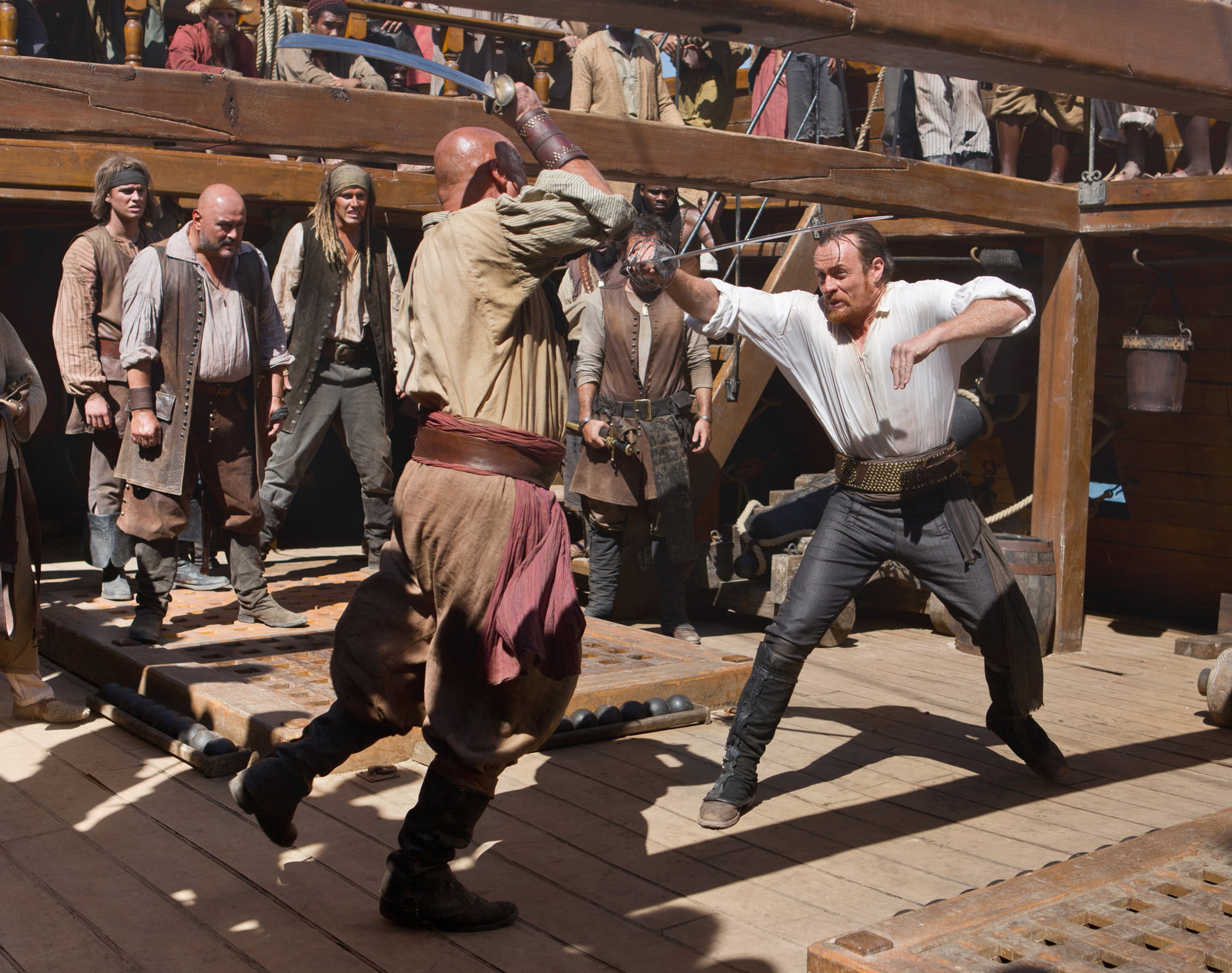 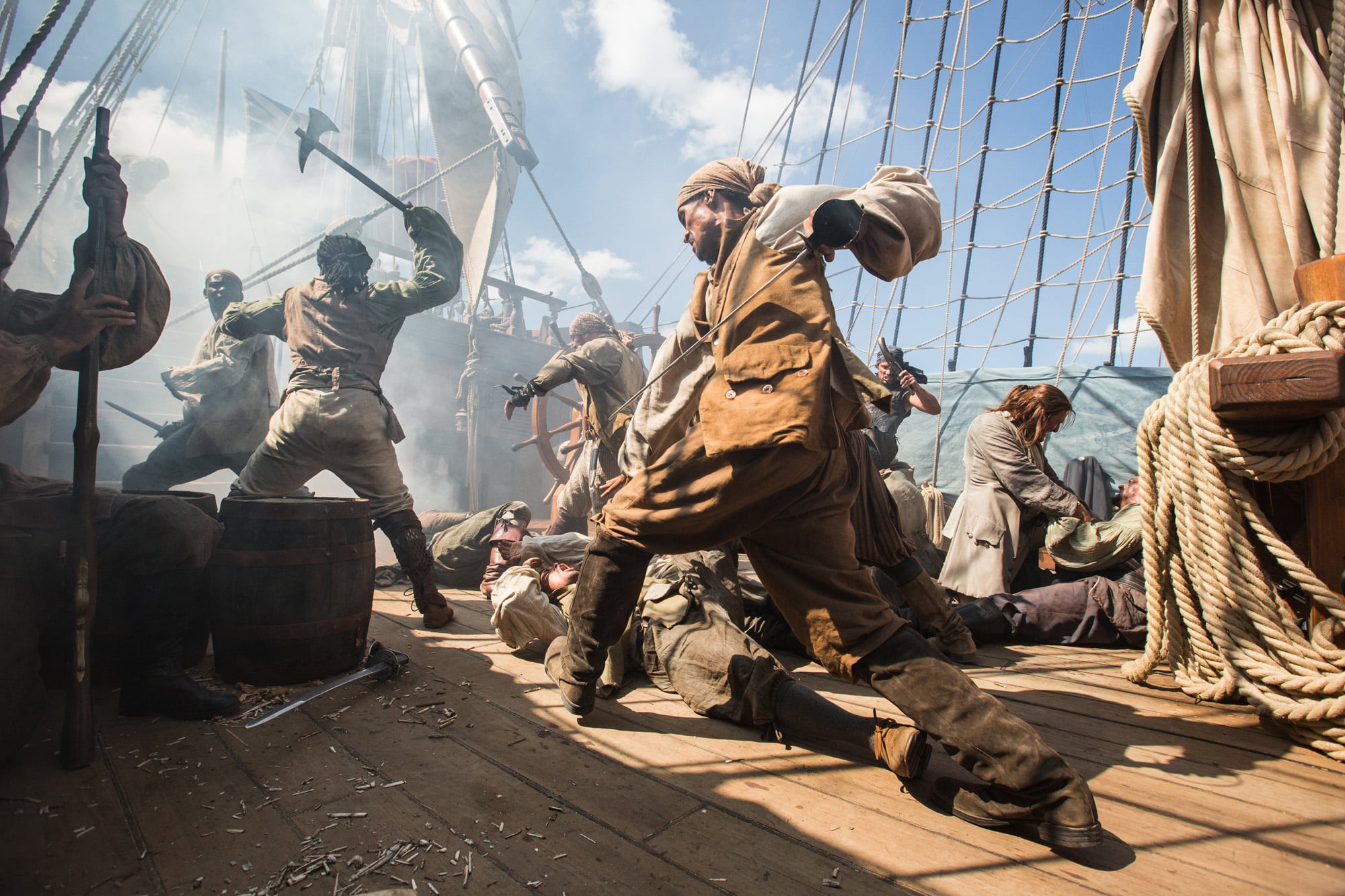 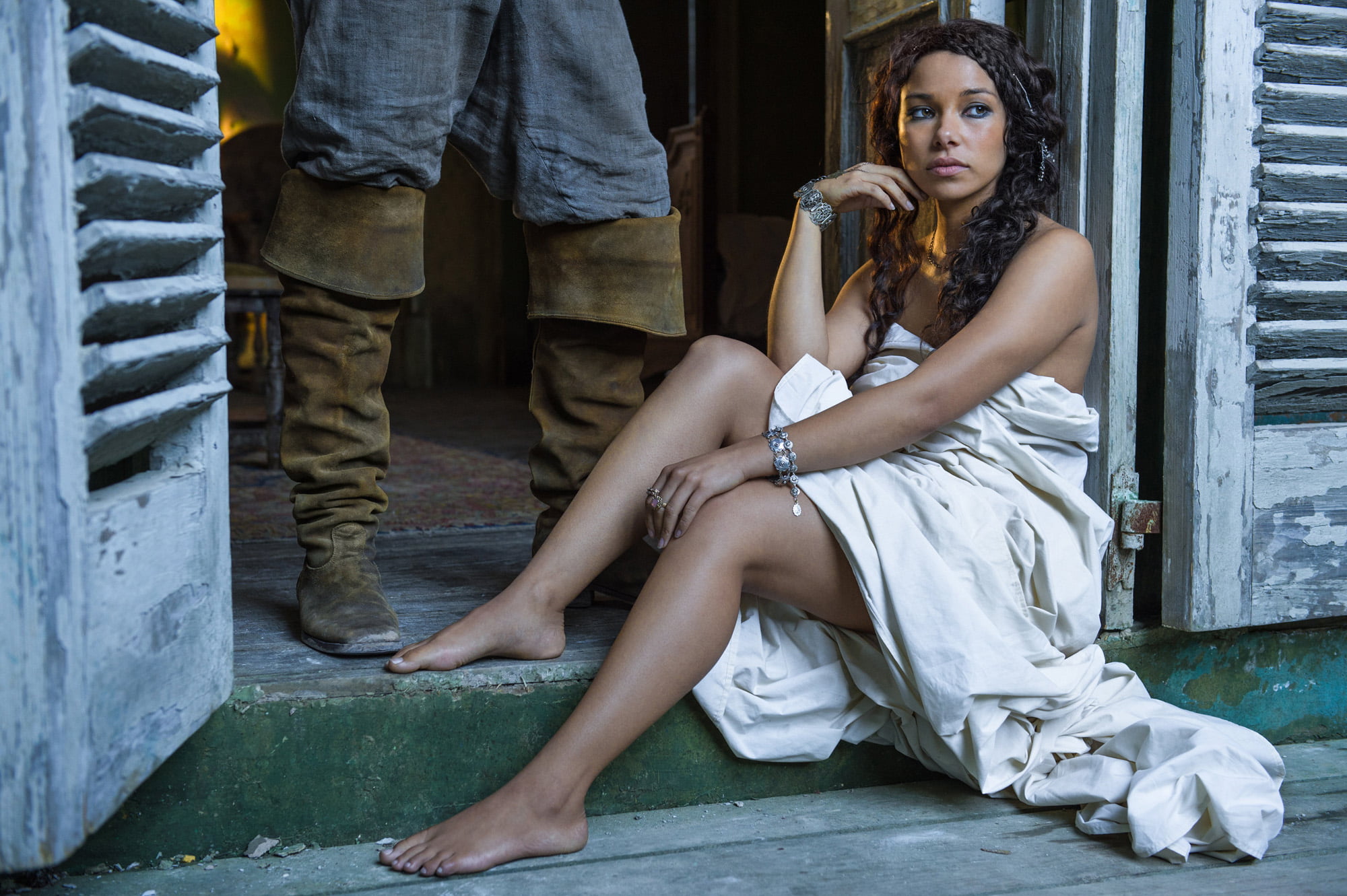