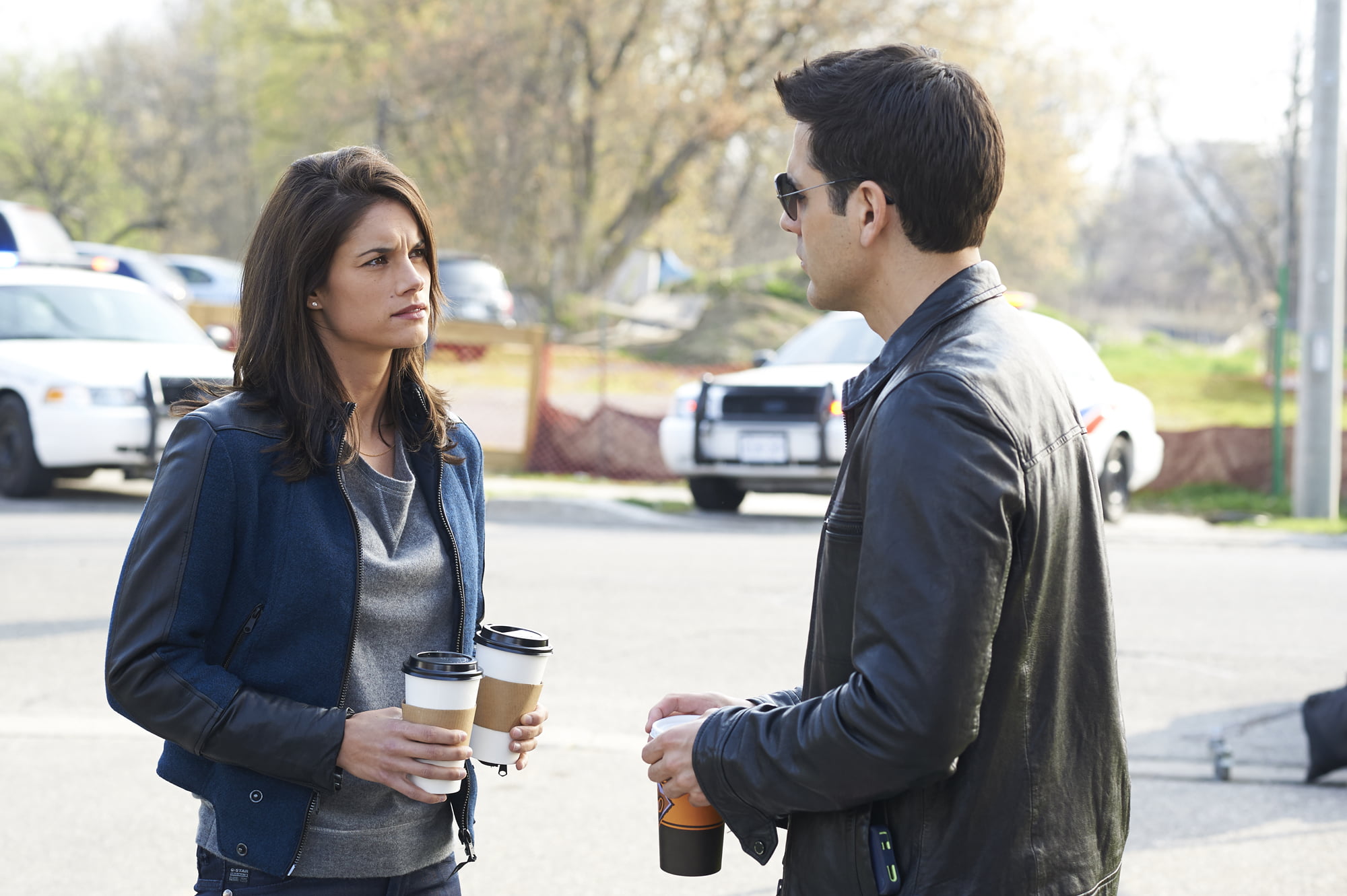 Global is promising an “explosive” Rookie Blue season five finale tonight, starting at 9:00 PM (ET/PT). The episode, “Everlasting”, has 15 Division trying to find a car-bomber, but there are numerous targets around town and only so much time to stop him.

As a lead-up to the finale, I spoke to actors Matt Gordon and Charlotte Sullivan about the episode. Here’s their fun, creative, and wild hints at what happens in the finale:

Synopsis: “With the car-bomber, Ted McDonald, still on the loose, the officers of 15 Division work to track him down with the help of Marlo Cruz, who’s back and working for Intelligence. Once Ted is caught, Swarek must sit down with the suspect and work through his crazed conspiracy theories, in order to get to the bottom of Ted’s darker plans. Are the bombs over or are there more to come? Who else is this man targeting? Just as it feels the worst is over, a bomb goes off in the evidence room of the station – with Andy McNally inside. But that’s just the first surprise. Ted’s grand finale is still to come: a violent ending to a violent life, and a mysterious act that leaves Swarek dumbfounded.”

Rookie Blue season six, which is currently filming in Toronto, will premiere in Spring 2015.