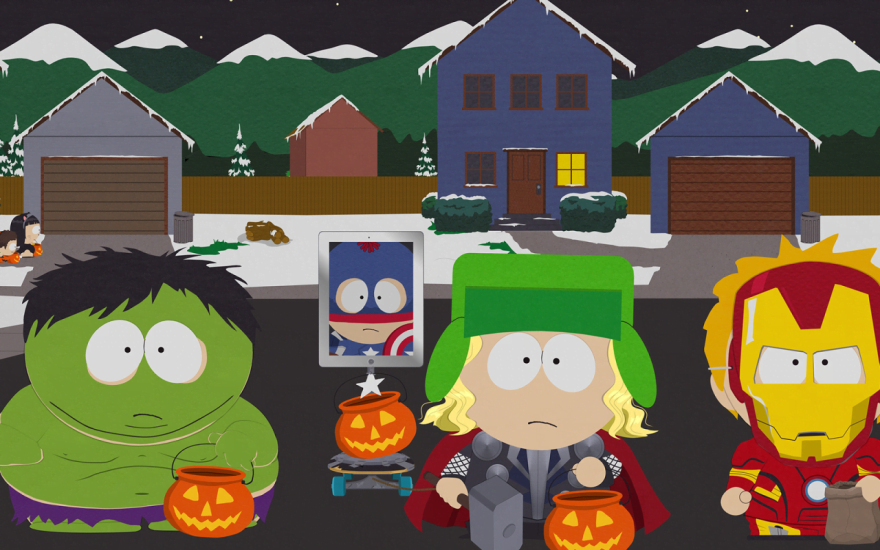 If you’re looking for a little Halloween spirit, CraveTV has a lineup of great television episodes that may just hit the spot this October.

The curated collection of Halloween episodes features a range of series that you can find on CraveTV, including Cheers, The Big Bang Theory, South Park, and Curb Your Enthusiasm.

There seem to be numerous lists of the best movies for Halloween, but this best of collection is just a little different, and among the featured episodes, the list covers a whopping six decades of TV’s best shows and Halloween episodes.

For sci-fi and fantasy fans, who may want something with a bit more bite, CraveTV also has a best of for Halloween that includes Penny Dreadful, In The Flesh, Bitten, Salem, Teen Wolf, and Deadbeat. You can watch both curated lists on the premium service by logging in to the site.

SOUTH PARK: “A Nightmare on Facetime”

Heeere’s Randy! When Randy Marsh purchases a Blockbuster store and forces his family to work in it on Halloween, a chilling and torturous tale ensues. With the boys dressed as The Avengers, there may be an opportunity for Kenny to speak.

THE TWILIGHT ZONE: “The Howling Man”

When David Ellington seeks refuge in a castle in post-World War l Europe, he makes a disturbing discovery. With a religious order claiming to have imprisoned the devil, Ellington must decide if he should release the man they claim is pure evil.

Penny invites the gang to her Halloween party and Leonard is confident this could be a chance to further his relationship with her. Leonard dresses as Frodo, Sheldon as the Doppler Effect, Howard as Robin Hood (he’s confused for Peter Pan), and Raj as the Norse God Thor. Penny’s friends and ex-boyfriend make this a hilarious and heartwarming Halloween narrative.

Scary or sexy? Initial greetings and post-breakup meetings take place as Cliff wonders what will happen after he meets the women of his dreams at the bar. Will things change when he is sans costume? Meanwhile, Sam and Diane are out together for the first time after their breakup.

Great literary characters are out in full force as Niles hosts a costume party for the Library Association. Things take an interesting turn when Roz lets Frasier in on a little secret, which Frasier promptly leaks at the party.

Britta gives the study group an anonymous psych quiz and the results alarm her. Someone in the group could be homicidal. In an attempt to uncover who it is, Britta tells a terrifying murder story, in hopes the homicidal person’s reaction will give them away.

CURB YOUR ENTHUSIASM: “Trick or Treat”

It’s Halloween night and Larry’s strict Trick or Treat rules will lead to a nasty trick on him. But that’s not all; Larry runs into trouble with a screenwriter and has his anniversary plans go awry.

THE GOLDBERGS: “Who Are you Going to Telephone?”

It’s Halloween in the 1980s as a dynamic group of ghastly characters is led by Barry, who is The Hulk. Also featured are ET, Star Wars characters, and the Ghostbusters. They all have a role in this story which sees Adam refuse to go trick or treating with Pops and Beverly dressing up to shield Barry from embarrassment.

Is the ghost of Nicky Driscoll haunting the hallowed halls of Liberty High? It’s said he died a tragic, violent death in the school’s gym in 1961. Intrigued by the story, Angela digs deeper into Nicky’s past.