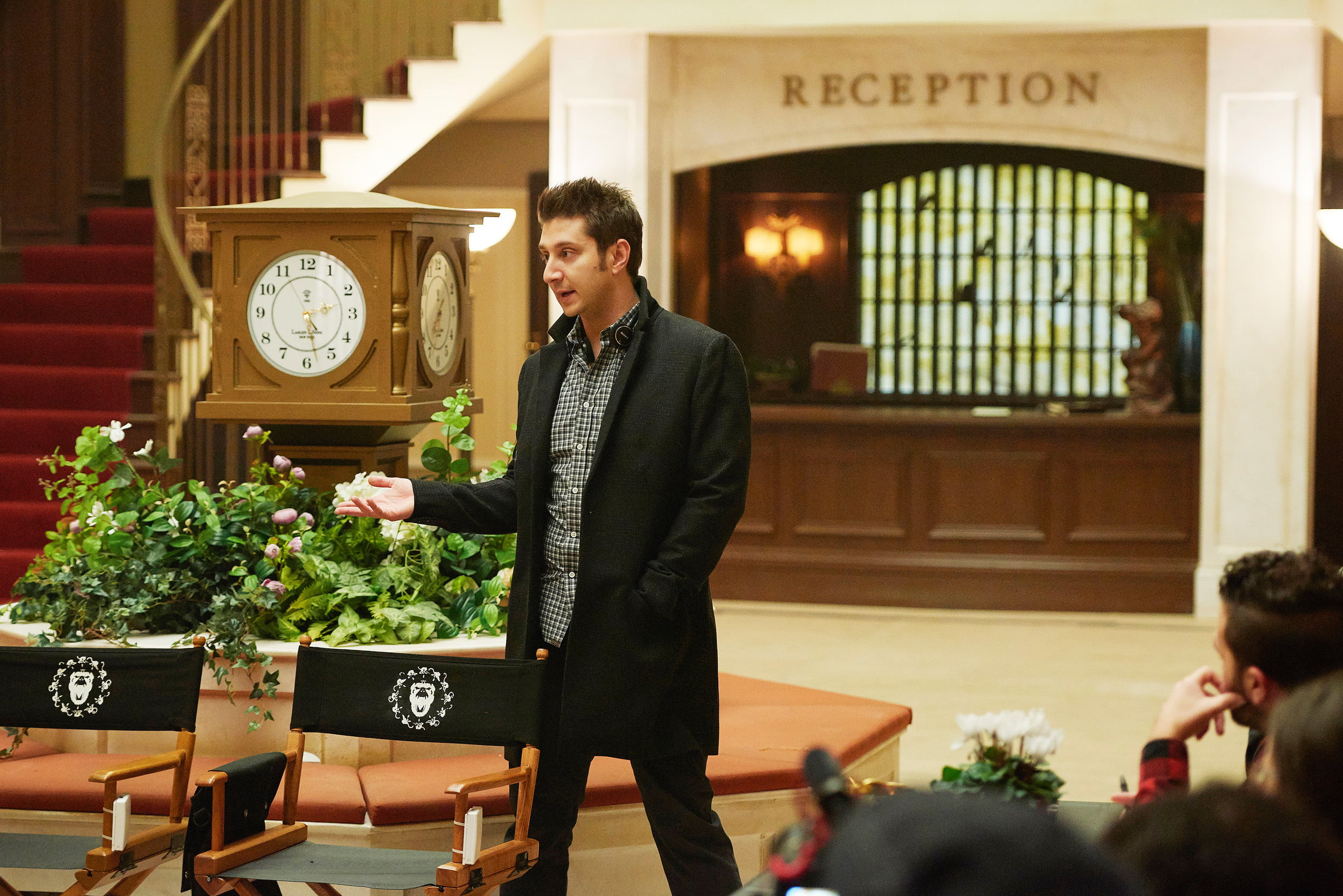 The Emerson Hotel has a spacious lobby, some charming rooms, and if you know the right route to take, a time machine connected through a few back hallways. Sound intriguing? Well, it is, but it’s not a funky themed hotel in Toronto, it just happens to be the impressive set of 12 Monkeys, and late last year I took a little staycation there for the afternoon, with a quick visit to the all-important Suite 607.

The second season of 12 Monkeys finished filming in Toronto a few months ago, but thanks to Showcase and SyFy, I had a little tour and session with the creative team, and the cast. It was an enigmatic and fun day, and I walked away with more than a few teasers, hints, and ideas about what’s in store for us, and the characters, this season.

There’s nothing quite like the magic of television, and the Emerson Hotel is pretty amazing when you have to remind yourself that you’re actually on a sound stage, and that the walls are not actually made of anything but wood and styrofoam. But the big takeaway from the visit was that this hotel set, and the suite, will play a big role in the second season as the series leaps off into new directions for the characters and their enemies.

Touring the set, showrunner Terry Matalas was quick to take us to Suite 607 and show off the set dressing and props. Like the rest of the hotel, he told us that we’re going to see the hotel through numerous eras, as the time travellers leap in over the decades.

“With the bookshop gone,” Matalas said, “we knew we wanted another location for them to gather. We thought what would be cool would be a hotel,” which makes its first appearance in the second episode.

“They have a permanent suite that they bought out way back in the 1940s and they have had it for a hundred years,” Matalas added. “When they first find this hotel suite, it will have all these relics and information from adventures they haven’t had yet… it is kind of like the Grand Budapest Hotel throughout the century.”

“What’s fun about that is it kind of mirrors what happens to a lot of these great hotels in New York or other big cities in the 1940s where it was the place you wanted to be, but in 2016 it has ATMs, hookers, and crack. It shows off the passage of time and the deterioration that happens throughout.”

As far as the characters are concerned, things have also changed quite a bit this season, as you might expect after the events of season one when not all the friendships or relationships stood up to some of the truths and realities they each discovered. 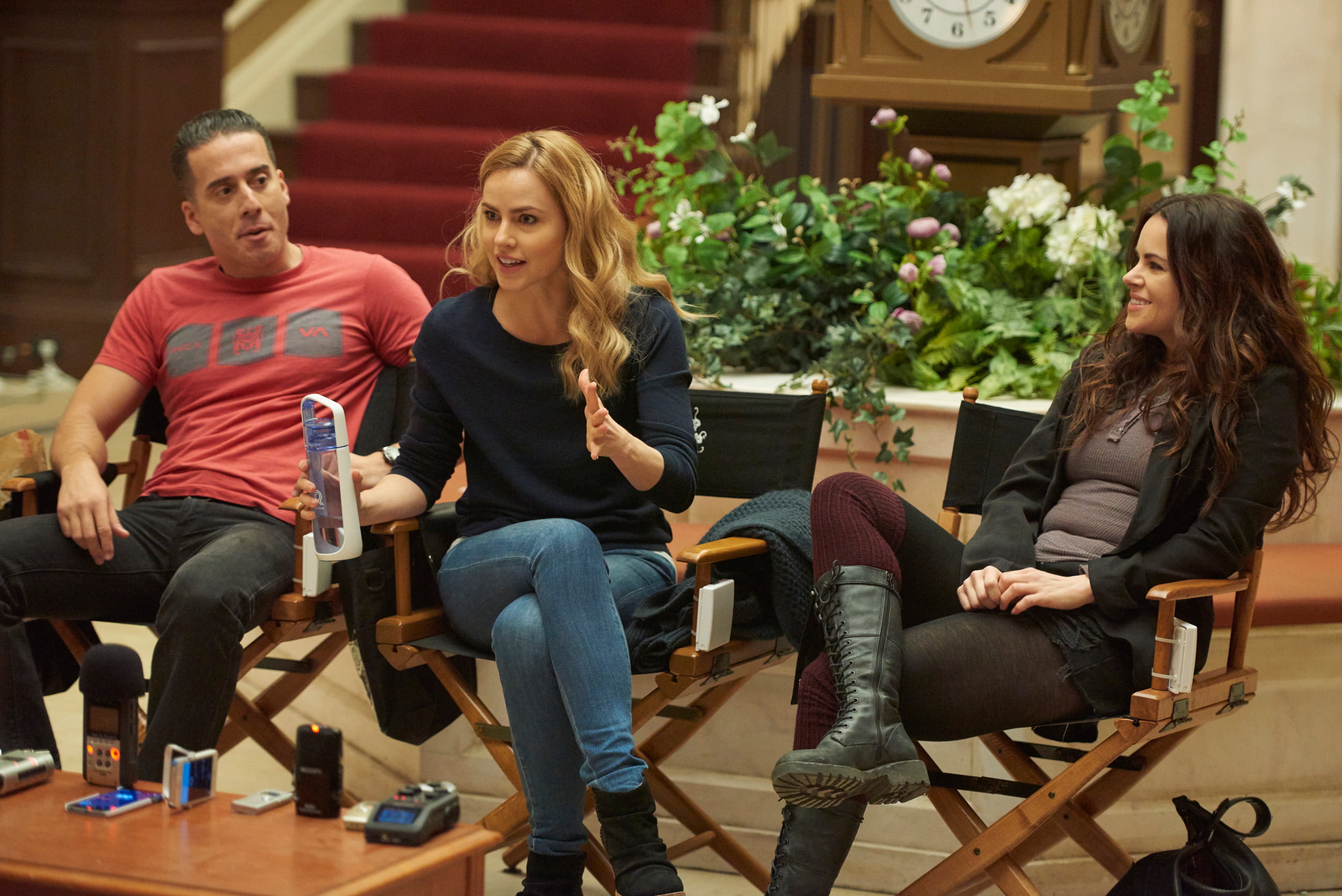 “They’re not all getting along,” Matalas points out in the hotel room, noting that maybe, when some people stay there, one person may be in the bed while the other person sleeps on the couch.

More than that though, the writers have meticulously planned out the second season. “We knew what the last minute of our season finale [for season two] was from the get go,” he said. “That’s just what we pride ourselves on doing.”

But, in that room Matalas also gave us some big hints about the future of the series, and the troubles with time.

“This season, the plague is still something that has happened in history, but the threat is much bigger than the plague. Last season we teased that the Army of the 12 Monkeys seemed to have access or be connected in some way to time travel as well,” Matalas said. “They seem to know things about the future. We know that there’s a villain who runs an organization called The Witness, and that he knows how this is all going to play out. But it also seems as though his goal wasn’t just the plague.”

“This season we’re going to find out what that was, and what the Army of the 12 Monkeys–what they want to do with time. And it’s pretty big.”

“That is a big, big issue,” Matalas added. “We learn a lot more about how time works and that Jones is very much a scientist who relies on Hawkings, and Schroedinger, and all the quantum phsyics, and she will learn she has to throw all of that away and look at it another way. So, time, and what time wants, and how time works, and how time and human beings may work together, plays a big part of this season.”

And then there’s the theme of the second season. When asked about this, Matalas said, “Time is on our side, but there’s somebody who may be against time.”

One of the more interesting questions that Matalas answered though was about changing the past. Can you change history? “Yes, you can,” Matalas said, “but it’s very complicated.”

But, if you wrote about time so much in a series, it does make you wonder if you would feel a bit trapped by what you couldn’t change. When one of the journalists asked if the writers felt “locked in” to anything for the potential third season, Matalas was quick to say, “No. No. We love it. Because, also, there’s a dangerous and explosive quality to the time travel thing. At any moment anything could get completely undone, but we don’t do that because there needs to be consequences for the undoing of death and things like that.”

“Having said that, no, once we finished [writing] the [second season] finale, we were just kind of sitting around and we were like, ‘In season three we’ll do this, this, and this.’ We were just having so much fun.”

Throughout the day we moved from the suite to the main lobby, where we had interviews with the cast. Sitting there, with the big reception desk, staircase, and the giant clock (which pays a little homage to Back to the Future), it was easy to feel transported to the show’s reality, something that I think 12 Monkeys did exceedingly well in its first season. Seeing what they did with the sets, and hearing them talk about the show’s future, made me anxious to see how they can possibly improve on one of my favorite series of 2015.

The way they spoke about the story though tells a big part of why 12 Monkeys is a such a phenomenal series.

“Last season was about, in a lot of ways, fatherhood,” Matalas said when he was asked about the theme for season two. “It was Jennifer Goines dealing with the fact that her father hated her. It was the fact that Ramse was a father and didn’t know how to have a mission that conflicted with that. Cole witnessed the death of his father.”

“This season is all about mothers, and motherhood, and what that means–from our villains to our heroes.”

Following the events of season one, after the 12 Messengers seized the time machine, we’re going to see what their agenda is now, and there are many cycles that they’re working on within one giant cycle, Matalas said.

What else can I tell you? Well, there’s still a lot to share about what the cast told us, but that story is still being written. Scroll down though and watch a short video as Emily Hampshire and Amanda Schull talk about new character pairings in season two.

It’s also worth mentioning that we also got to sit in the one and only time chair while we were on set, and it’s just as uncomfortable as it looks, but it’s oh so very cool all the same.

Oh, and should I mention that the cast also told us that a character died in the series the day before we were on-set? And, yes, it’s a a major character too that Emily Hampshire said, “died for reals.” 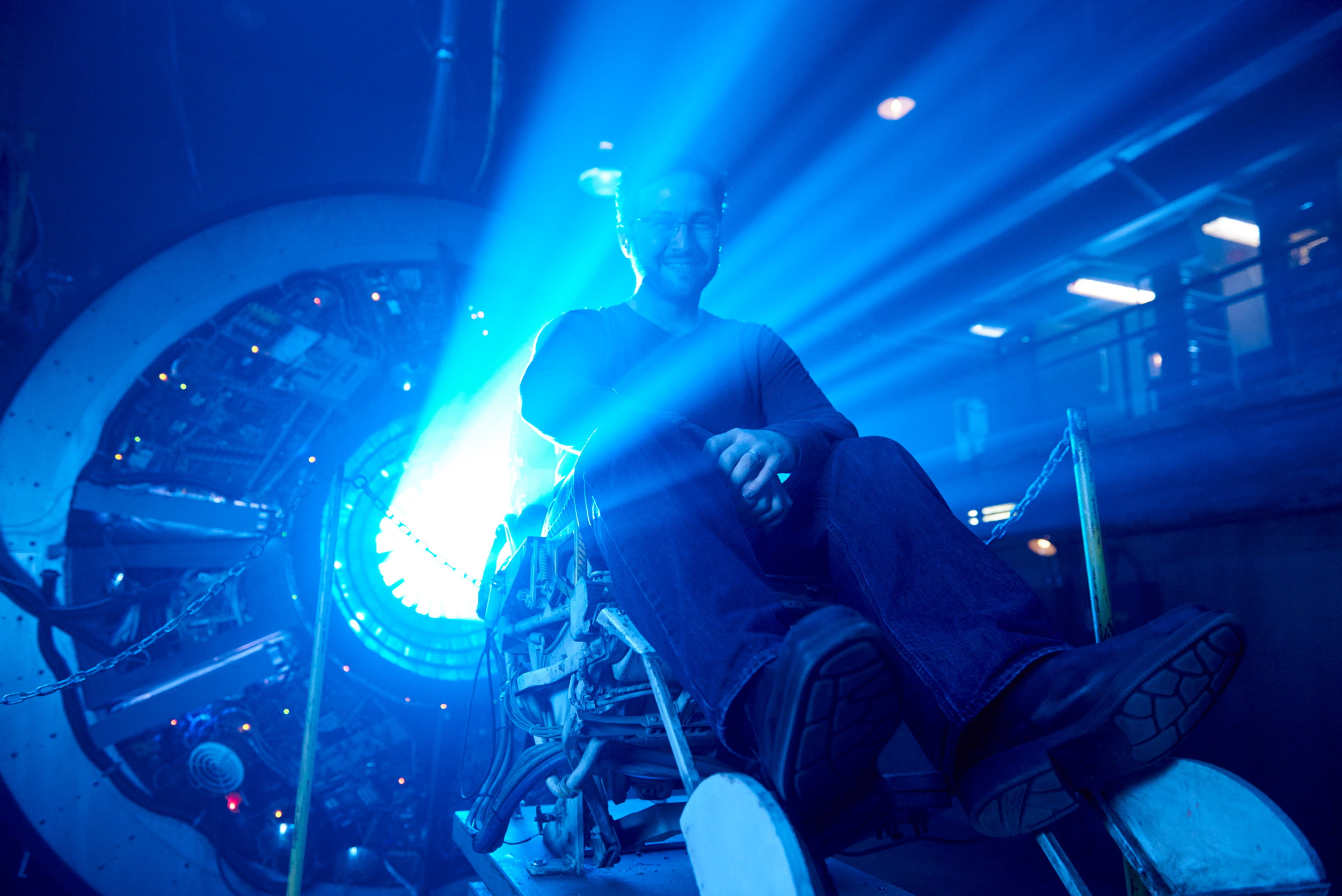 “I’m here about some monkeys.”