‘Timeless’ star Matt Lanter on Wyatt’s future, and what he’ll do for the past 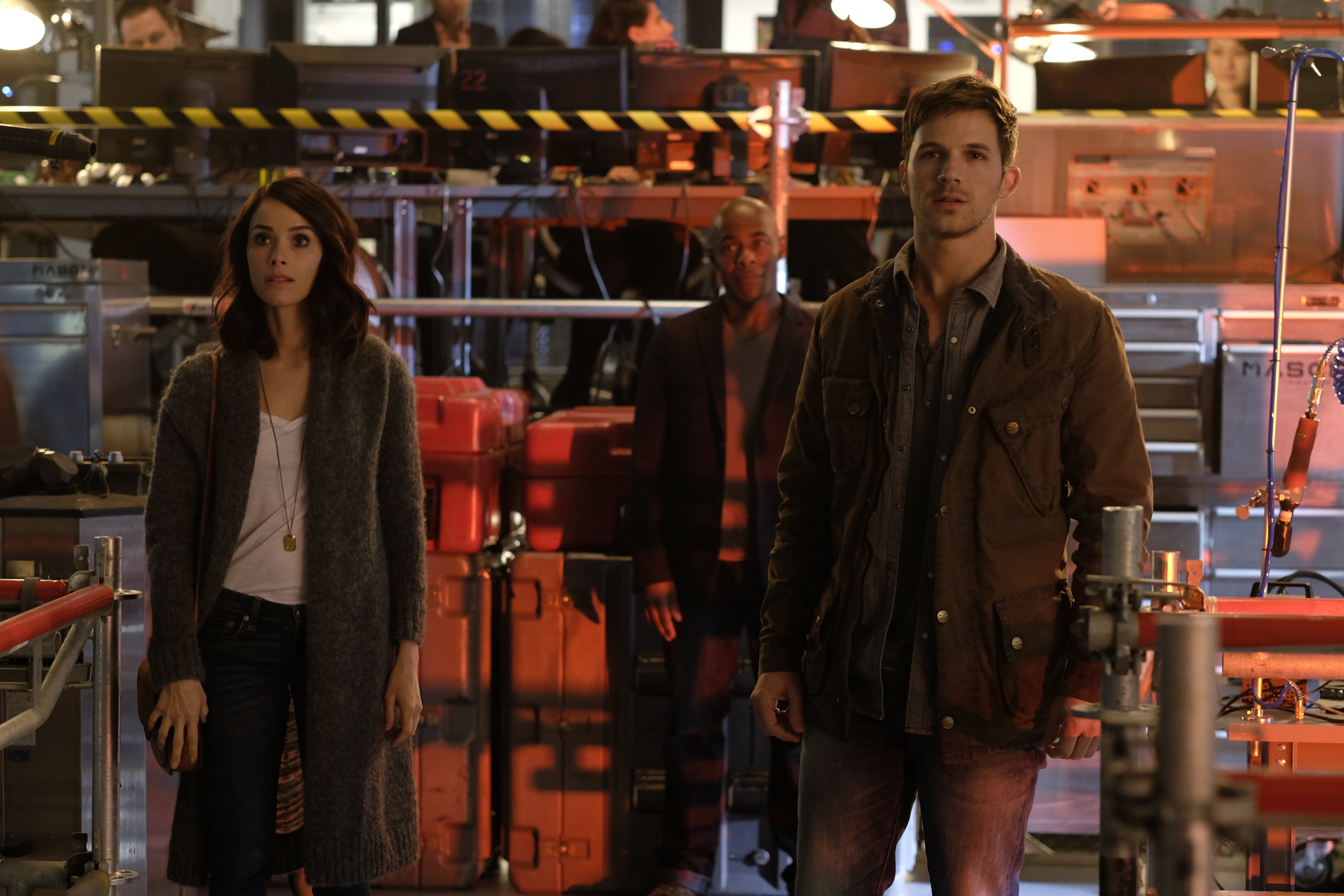 On a weekly basis, Timeless follows three adventurers–Wyatt (Matt Lanter), Lucy (Abigail Spencer) and Rufus (Malcolm Barrett)–as they use a time machine to thwart the villainous Flynn (Goran Visnjic) from messing around with past events that could irrevocably alter the present. However, Wyatt may prove as equally dangerous to the timeline as Flynn. Wyatt’s wife was murdered years ago, and the still grieving soldier now plans on jumping back in time to prevent her death–consequences be damned.

Lanter recently spoke with The GATE about Wyatt’s Indiana Jones-esque qualities, time-travel shenanigans, which eras the series will be visiting next and wardrobe mishaps.

Over your career, you’ve dipped into numerous genres. What spoke to you about Timeless’ concept and your character Wyatt?

Matt Lanter: “First and foremost, I saw executive producers Eric Kripke and Shawn Ryan’s names attached, so I was extremely anxious to open up that script. Those are two incredible producers, who come from amazing projects. I actually worked with Shawn before, so I knew what he, and they, were capable of.”

“Then, reading the script, I’m a big fan of sci-fi stuff. I was doing Star Crossed. Of course, I’m a huge Star Wars fan after being involved with that universe. The way that Timeless read was a very fun, sci-fi, action-adventure. The adventure part was important to me. I kind of feel that’s why I’m an actor. I grew up watching Indiana Jones and Jurassic Park. The tone of this show felt like early Steven Spielberg.”

“Then, to go a little further with the character, he reminded me a lot of Indiana Jones. He’s a soldier. He’s a protector. He’s effortlessly cool. It’s always fun to play an effortlessly cool character. I’m certainly not effortlessly cool, so this is my chance to be that. Those are some of the most beloved characters, too. All those things combined made me excited to do this thing.”

Last week, Wyatt declared he was going to use the time machine for his own personal gain and change his deceased wife’s fate. How conflicted is he over causing more harm than good?

Lanter: “At this point, Wyatt is not concerned with causing damage to the outer timeline. Wyatt doesn’t really have anything going on or anyone in his life. He’s obviously obsessing to an unhealthy degree over the loss of his wife. He can’t get over it. Wyatt harps on that in an unhealthy way. I don’t think he has much regard for the world or the people around him outside of Lucy and Rufus and the personal relationships he has. Obviously, he would do what it takes to hold onto those and make sure those people were safe. But, Wyatt has nothing but the loss of his wife to think about.”

“Having a time machine dangled in front of his face–that’s the hardest thing that could happen. The one thing Wyatt wants is to see his wife again and have his wife back and avenge her murder. To have that possibility of seeing her again… there’s nothing that’s going to stop Wyatt short of someone killing him or throwing him in jail. He’s pretty hellbent on it. You’re going to see that in this upcoming episode.”

It does appear that Wyatt has really taken that decision to heart lately.

Lanter: “You are going to see a shift in what you are talking about. You will see him consider the things around him, the timeline and how it all needs to work. Wyatt has wrestled with fate versus choice this whole season. You see all three main characters come from different perspectives. Wyatt does not believe in fate. I think you might possibly see things shift depending on the outcome of how things work out.”

“But, as much as you might be seeing a shift in Wyatt, you are seeing shifts in all the characters in different ways. Last episode, you saw Lucy shoot Jesse James. She would never have shot and killed someone before. Now, she’s taken the plunge into actually killing someone. Regardless of whether he’s supposed to be dead or not, she’s now killed someone. So, you see all these characters going in different directions.”

How much fun was it visiting the ’80s in tonight’s Karma Chameleon episode?

Lanter: “It was a blast. The clothes, first of all, are incredible. I’m pretty sure Zack Morris has worn my exact outfit, complete with white Reeboks and more. It’s fun. I was born in the ’80s and fashion was still in that direction. I love ‘80s music. We all had a great time on set. Seeing all the background extras with the hair and the women with the crazy-coloured eyeshadow… it’s a feast for the eyes. I would definitely not miss this one, just for the fact it’s eye candy all the way around.”

“And Wyatt goes through a lot character-wise. There’s a huge turning point for Wyatt. He’s finally going to do something about his wife. Obviously, if you steal a time machine from the government, you can assume that you are not going to be friendly with the government afterwards. Whether the mission succeeds or fails, he’s going rogue. It’s interesting.”

What other eras will the series be jaunting to in upcoming weeks?

Lanter: “We’re going to see Al Capone in the early ’30s. Then we are doing late ’50s when communism was at its height. We’re going to some interesting places and keeping up the fun time travel. With Al Capone and gangsters, you’ll see some gunfights. It does not disappoint.”

Most of your costumes have consisted of suits and dressy clothes. Were you ever hoping to wear togas or Medieval armour?

Lanter: “I don’t know if I was hoping for togas, but I assumed I might be wearing a toga. I’ve heard Eric and Shawn say their whole plan for season one was to stay in American history because it is so rich. There’s so many stories to be told. The sky is the limit with this show. If we go multiple seasons, you never know where we’re going to go.”

For the pilot, costume designers had to let out your outfit because it was too snug. Have you experienced any unfortunate rips, tears or blooper-worthy moments?

Lanter: “I actually have. During the French and Indian War episode, we were running and trying to escape and climbing over a fence. I was wearing these tight Capri-cut pants. They were extremely tight. They were these old costumes made of wool. I’m trying to run and do the physical stuff. Of course, as the camera zooms in on my butt, I got a huge tear right down the back of my pants. Luckily, I was wearing my best boxers that day.”