Lexa Doig on the dark side of celebrity in ‘The Arrangement’ 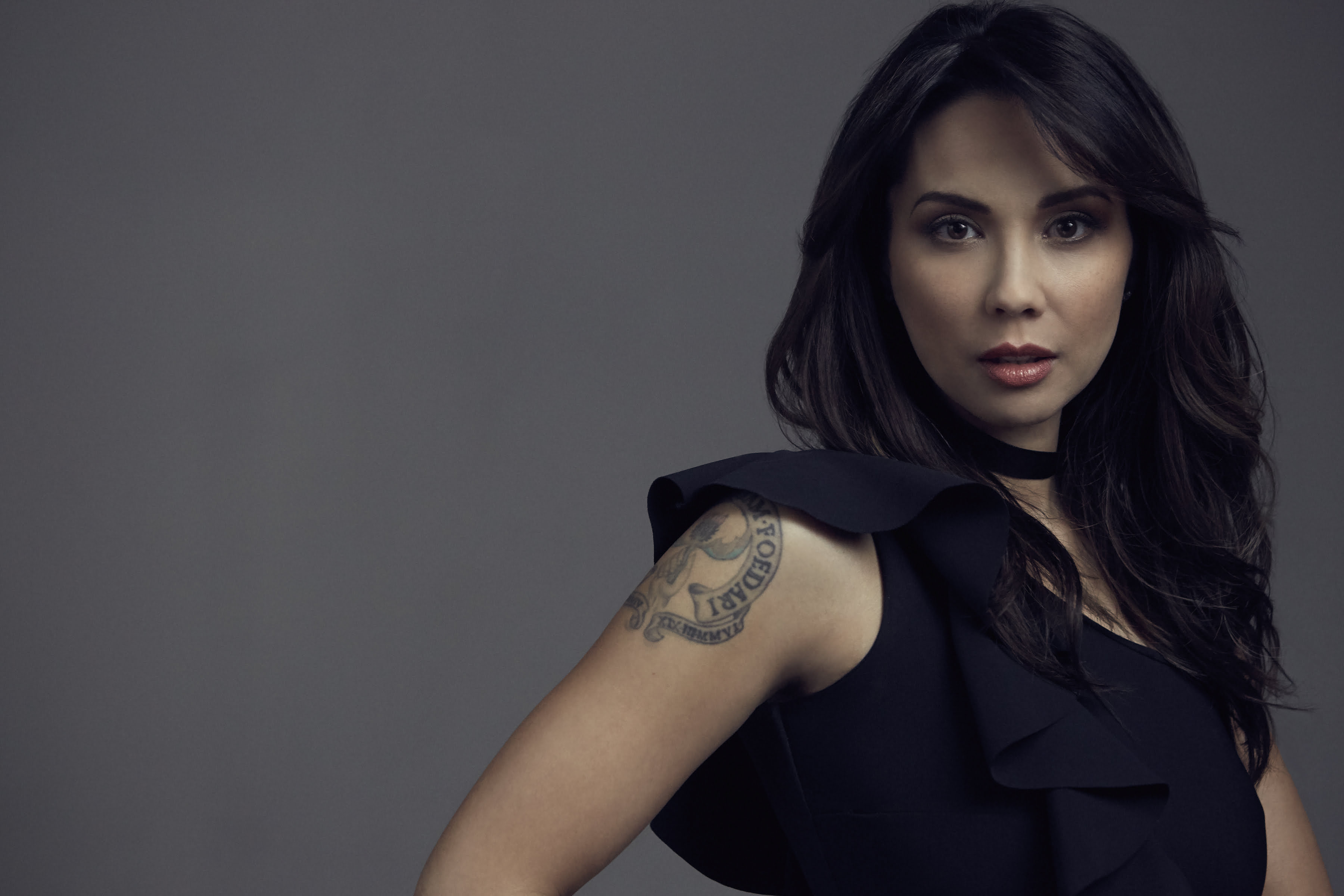 Fame isn’t all it’s cracked up to be in the TV series, The Arrangement. The 10-part drama explores the dark side of celebrity life and what it costs to thrive in Hollywood.

When Megan Morrison (Christine Evangelista) auditions for the female lead in a high-profile project opposite major movie star Kyle West (Josh Henderson), the young actress gets an offer she can’t refuse–a $10 million marriage contract with Kyle and membership into his exclusive self-help organization, the Institute of the Higher Mind. Its creator, Terence (Michael Vartan), also serves as Kyle’s confidant and best friend. Then there’s Deann (Lexa Doig), a producer married to Terence who helps steer Kyle’s career.

Doig recently spoke with The GATE about her character Deann, self-help organizations and Hollywood’s obsession with fame. In addition, the Vancouver resident reflected on her most memorable roles.

After Continuum, were you looking to shift gears and do something more grounded? What appealed to you about The Arrangement’s concept?

Lexa Doig: A couple of things. As fun as it is to play characters that have these fantastical, out- there, sci-fi elements to them, like a futuristic terrorist or a warship or a doctor on a top-secret base dealing with aliens–it’s all really interesting–but sometimes it’s nice to play a character that lives in the real world. Especially when it comes to a character like Deann, who exists in my world. As an actor, I’ve met ‘Deanns’ before. Maybe not ‘Deanns,’ but people aspiring to be like Deann. She operates at a level that is well outside of the sphere of where I live in my humble little acting world.”

So far, we don’t know a lot about Deann Anderson. Who is she and how is she defined outside of the men in her life?

Doig: “That’s what we get to figure out and that’s what Deann, in some ways, is figuring out as well. I think it’s very tiring for her, especially at the age she’s at, not being 20. I think there are a lot of things that women accept when they are younger that they don’t necessarily when they get older. That’s what she’s trying to establish as well, is who she is outside of the context of either Terence or Kyle. I do actually think Megan has something to do with that, too. Basically, Deann doesn’t make a movie unless they have Kyle starring in it. What she may ultimately work towards is making movies that don’t have Kyle in them, that are equally successful, because then the successes are all hers. They are not just his.”

Deann could have come across as this behind-the-scenes, bitchy schemer. How relieved were you that the writers crafted a more well-rounded, three-dimensional character?

Doig: “Pretty relieved. It’s funny because we did have some challenges initially with some of the storylines with Deann. The one thing I will say that was so amazing was Jonathan Abrahams – the creator, head writer and mastermind behind the show – was so open to the discussions I wanted to have about where the character was going and how she was being presented. His attitude was, ‘These disagreements can only make things better.’ It’s really amazing to have that kind of creative mentality. I get it. I have the same kind of thing. If your ideas are strong, they will withstand somebody questioning them. If they are not, then somebody questioning them can only make those ideas stronger. I think we actually did that a couple of times on the show.”

“I personally have an issue with–especially female characters–when they are presented like that. It’s amazing how many times–even women directors, writers and producers–miss it, too. It’s almost an internalized sexism we’ve accepted because it’s been the status quo we’ve accepted for so long, even in terms of a character being described as ‘this male character’s wife or partner.’ It’s like her whole life is described in context of the men in it. It’s fascinating, and great, to be able to have the discussions with Jonathan about creating a character, and telling a story about a character that is aware of all that and changes it.”

“She could almost be the audience’s proxy in some ways. As Megan goes into Kyle’s world, so does the audience. It’s almost like Deann could be that, as well, for people trying to change their minds and examining their own internal biases and changing them.” 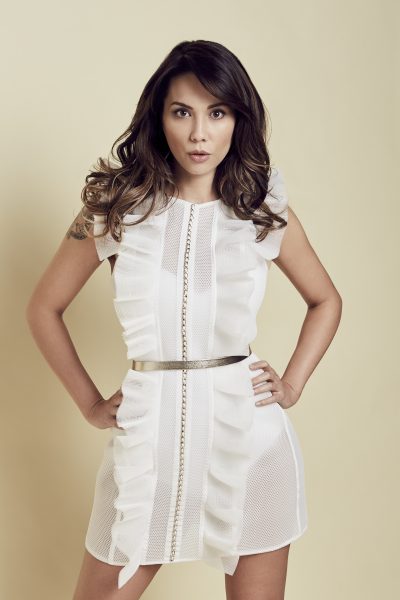 Deann doesn’t see eye-to-eye on everything with Kyle or Terence. How would you describe those relationships?

Doig: “As management. It was very funny because before we shot the pilot, I went in to meet our director Ken Olin and Jonathan because I hadn’t met them yet. I got cast off of a tape I did in Vancouver. It was very interesting because I didn’t really know Deann at that time. I only auditioned for her once. I didn’t know a ton about Deann, so they were filling me in how they saw Deann, which was somebody who was a little bit of a puppet master. Her relationship with Kyle and Terence is that she has to manage them. My husband [Michael Shanks] will laugh because he’s told me over the years that, ‘This is how you manage me.’ Just to give you an example, if I wanted something, I don’t come in and go ‘Hey, can you do this?’ It’s, ‘Hey, honey. How was your day? Yeah? Can I get you something? OK. I was thinking maybe we could do this later on if you’re not busy.’ It’s all in the presentation.”

“What gets exhausting for Deann is that she has to manage both Kyle and Terence. It’s not like dealing with children, because I don’t want to diminish the adulthood for these characters, but it’s those people skills of having to manage somebody. You could work like a blunt instrument or you can work like a surgical knife. She generally tends to manage more precisely than being blunt.”

What’s the deal with the Institute of the Higher Mind and how does it influence Kyle?

Doig: “The Institute of the Higher Mind is set up as a self-help organization, as opposed to a religion, which everyone is going to compare it to. I get it. I completely understand the comparisons. If you go to Los Angeles, and I don’t live there, but there are self-help organizations on every corner. It’s mind-boggling. Everybody I know has done at least one of them or a few of them, or are still involved in one. It’s such an interesting phenomena. The thing about the Institute of the Higher Mind is it genuinely started out as authentic. It was genuine. When you look at what it teaches, there is efficacy in its teachings. It’s about the money, but it’s not totally about the money. Terence, and I think to some degree, Deann, do genuinely want to help people figure their shit out.”

What else can you tease about Deann’s arc this season?

Doig: “Deann has a tight grip on things. I think she likes to be in control. She likes to be the person who calls the shots and makes the decisions. In future episodes, there’s a couple of times where that doesn’t happen. Things do not work out the way she intended them to work out. They blow up in her face a little bit. What she recognizes in that is that the things she’s trying to do aren’t really so much for herself as they are for other people. In terms of her arc, she starts to see what she wants to do for herself.”

In what ways is The Arrangement an accurate depiction of Hollywood life, or is it supposed to be an exaggeration?

Doig: “I actually can’t answer that question because this deals in a sphere that I’ve never dealt in. I’m thinking of certain things coming up that I don’t want to spoil, where I go, ‘I’m sure that actually does happen, but does it happen in the way we present it?’ Even things like the contract marriage… I don’t know anybody personally that has ever entered into any kind of agreement like that with some big star, but I hear it happens all the time. A lot of it is conjecture and rumor and writing it as if it were something that really did happen. I hear all the time that actors call ahead to get paparazzi to take pictures of them while shopping at the grocery store. I don’t know anybody who has done that, but I hear that all the time. The idea that marketing is done through the tabloids to some degree, as opposed to the big posters you see for movies, maybe that is stealth marketing. I’ve heard this is how things happen, but I’m not sure that’s how they do happen.”

You have navigated plenty of genres throughout your career. There’s horror, drama and sci-fi. What roles really stand out for you?

Doig: “I was really surprised at how much the character of Rowan from Jason X resonated with fans. It never ceases to amaze me. I really enjoyed playing the three-characters-in-one on Andromeda. That was a wonderful learning experience for me on so many levels. I don’t know if it’s a show that stands the test of time. It was personally such a great experience for me to be challenged in the sense of thinking of three-characters-in-one, having to play them and play scenes with myself. There is no part of the on-set, technical craft of being a performer that is even remotely intimidating to me anymore. I really got that shit nailed down on that series for five years.”

“There’s a character I played on a Canadian show, called Arctic Air, that I really quite like. The thing that I liked about her is she was diametrically opposite to a lot of other characters that I’ve played. She was this normal gal living in the Northwest Territories, being a nurse and raising a son. I love that. Her struggles and challenges were very real and I could loosely identify with them. She’s a single parent. I’m still with my husband, so I don’t know how that feels. At the same time, those challenges are very grounded in real life. A lot of people might think it’s boring, but it was so much fun. Working on Stargate was a lot of fun, too, with getting to work with Michael, playing a doctor and acting alongside Beau Bridges was so cool, too.”