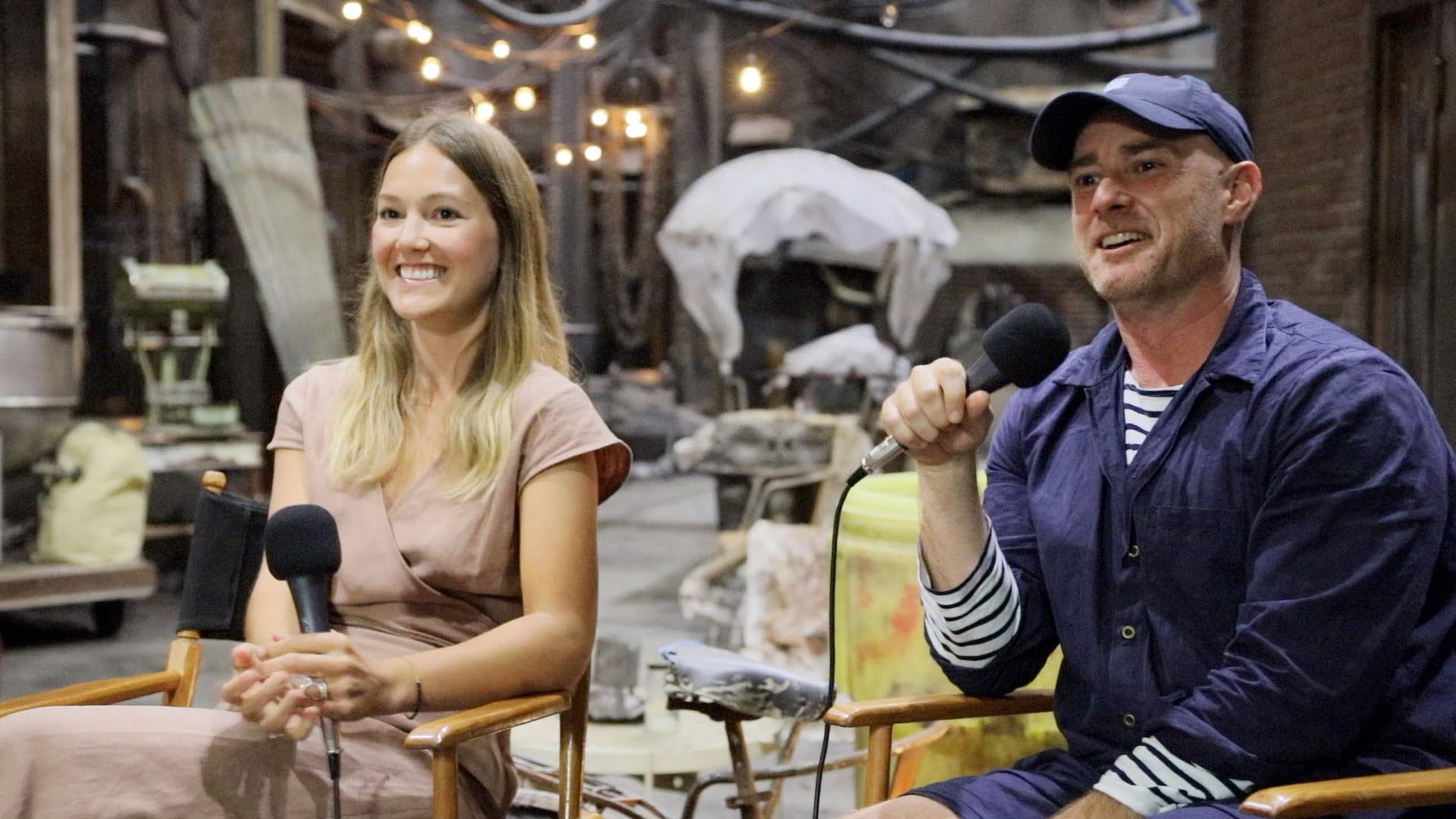 Goodbye Team Awesome Force! The fifth and final season of Killjoys premieres on Space and SyFy tonight at 10:00 PM, and I have a lot of on-set footage to share with you, including this video interview with co-producer Beth Iley and producer Julian Doucet.

Iley and Doucet spoke on the set about why they love the series, working with the incredible Hannah John-Kamen, and how the characters have changed from season four and into the final season.

“It imagines the best of what our future could be,” Julian Doucet said during the interview, “so we don’t have to explain all the things that I think we’re working towards, whether it’s inclusivity, diversity, progessivity… We just get to imagine ‘we’re there’ and we can just fight monsters. Who want to eat our brains.”

“Since the very first time I picked up a Killjoys script, which was the pilot, I was just amazed by Michelle [Lovretta]’s ability to nail humour, heart, and stakes all at once,” Beth Iley said. “And I think that’s something that you [Doucet] and the rest of the writers constantly deliver on. And I think that that’s sort of like a challenge for us every season, is to continue to execute on that promise that we made fans. And I think that we’ve done a pretty good job of it.”

Speaking about Hannah John-Kamen, Doucet spoke about how he and the entire team were amazed by the actor during a table read for the first episode as Aneela. “The way that she just effortlessly switched back and forth… and you could hear a pin drop. And we just went [mouthing the words ‘Oh my God’].”

“Yeah, it was like she didn’t even have to breathe between characters,” Iley said. “It was insane.”

“And watching Hannah do a fight sequence is pretty amazing as well because we don’t have a ton of prep time,” she added. “But Hannah sort of approaches it as though it’s like a dance… she just nails it every time.”

Speaking about writing the series, Doucet said that they try to make each other laugh, but they also ask a few key questions. “Is it joyful? Is it exciting? Is it sexy?” he said. “And sexy has, in a Lovretta universe, many… it’s like twenty different words for snow. It means twenty to fifty different things. Is this action-sexy? Is it sexy-sexy? Is this like funny-sexy?”

Watch the full video interview below for much, much more, including talking about what family means in Killjoys. Plus stay tuned for more video from the final season.

Follow along with our ongoing coverage of the final season of Killjoys.