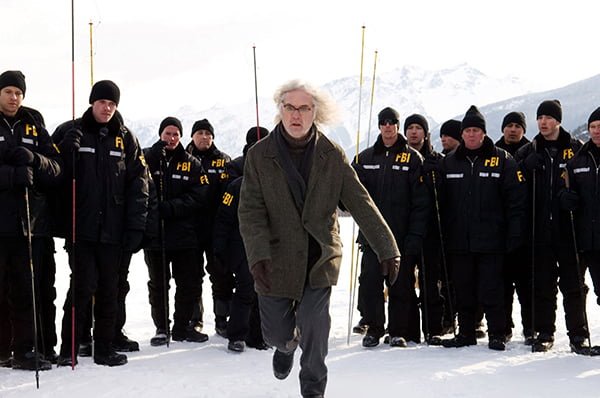 Billy Connolly dances up a storm in X-files: I Want To Believe

Oh, how the mighty have fallen.

Let this stand as a great example of a film where my better judgement eluded me. As a long-time fan of Chris Carter‘s X-Files, I had huge hopes for the new film. Huge.

David Duchovny and Gillian Anderson were back, Carter wrote and directed, and even X-Files series cinematographer Bill Roe was involved.

But, epically, X-Files: I Want To Believe fails. Billy Connolly as Father Joseph Crissman is dull at best, ridiculous at worst, and the villains, if you can call them that, hardly play a part in the overall story.

I just can’t understand why the film failed, but obviously Carter has been away too long, and the result is really just a bloated episode that would have been forgotten in a week if it was on TV. Plus, with the unbelievable Dark Knight still in theatres, X-Files doesn’t stand much of a chance this week at the box office.

I’ll have a full review online tonight, and I hardly think my warning will keep true fans away (I almost hope not), but frankly, based on this sad story, it could be a long time before we ever see an X-Files movie again, and I doubt Carter will be allowed to touch the series again if Fox is smart.