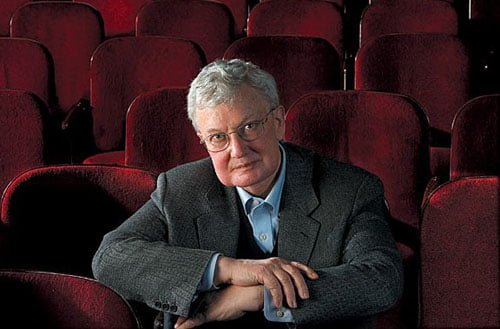 Film journalism has lost a great today with the passing of journalist, author and movie critic, Roger Ebert. He was a legend, and for anyone who loved film, Ebert was an inspiration. For those of us who aspired to write about film, he was nothing short of a demi-god.

Roger Ebert passed away today at the age of 70, but he left behind an inspiring legacy. Over the 46 years that he wrote for the Chicago Sun-Times, he became the most important film critic in North America, he won the Pulitzer Prize for Criticism, and his show–At the Movies with fellow critic Gene Siskel–still stands as one of the best film commentary shows we’ve seen on television.

He even has a star on the Hollywood Walk of Fame.

What made Ebert a giant among critics though was that he knew film inside out and backwards, and he was passionate about it in all its forms. He was also charming, easy to like, and compassionate.

Personally, I grew up watching Ebert on At the Movies (or as anyone I knew called it, just plain “Siskel & Ebert”), and as a movie fanatic, I wanted to hear what the two critics had to say about the latest films. I also loved that the two men could get into big arguments over movies, and would go on at-length about why they disagreed about the writing, or the direction, or the characters.

Over the years I watched and read a lot of Ebert’s work, but it was during my third year at the 2003 Toronto International Film Festival that I had the good fortune to meet him for the first time after a screening for Underworld, if you can believe it.

Ebert was a regular attendee at the festival over the years, and I saw him around almost every year, but chatting with him that first time was a powerful moment for me. He and his wife were gracious to me and my wife, and they were just incredibly friendly. The only thing he wouldn’t do is talk about what he thought of the film–that, he said at the time, he would only do after his review was published.

That moment chatting with him, even if it was only briefly, is still one of my favorite moments from the festival because it was just so simple, but he was also one of the few people I have admired almost my entire life. Realizing today that I’m not going to get a second chat with Mr. Ebert, or that we’re not going to have his stories to read any more, feels like a terrible loss, especially when his final blog entry was so positive.

“Thank you. Forty-six years ago on April 3, 1967, I became the film critic for the Chicago Sun-Times. Some of you have read my reviews and columns and even written to me since that time. Others were introduced to my film criticism through the television show, my books, the website, the film festival, or the Ebert Club and newsletter. However you came to know me, I’m glad you did and thank you for being the best readers any film critic could ask for.”

“Typically, I write over 200 reviews a year for the Sun-Times that are carried by Universal Press Syndicate in some 200 newspapers. Last year, I wrote the most of my career, including 306 movie reviews, a blog post or two a week, and assorted other articles. I must slow down now, which is why I’m taking what I like to call ‘a leave of presence.'”

“What in the world is a leave of presence? It means I am not going away. My intent is to continue to write selected reviews but to leave the rest to a talented team of writers handpicked and greatly admired by me. What’s more, I’ll be able at last to do what I’ve always fantasized about doing: reviewing only the movies I want to review.”

Ebert finished the short piece by saying that he would be contributing to a new venture called Ebert Digital, which would be run with his wife, Chaz, and writer Josh Golden. While I’m not sure where that venture stands now, I hope they will carry on his legacy.

“My newspaper job,” he once said, “is my identity,” which is a statement we can all only hope to aspire to, in terms of our careers; to work at a job that drives us, and inspires us. However, my favorite quote, which also comes courtesy of the Chicago Sun-Times’ article on Ebert, is this one:

“‘Kindness’ covers all of my political beliefs,” he wrote, at the end of his memoirs. “No need to spell them out. I believe that if, at the end, according to our abilities, we have done something to make others a little happier, and something to make ourselves a little happier, that is about the best we can do. To make others less happy is a crime. To make ourselves unhapy is where all crime starts. We must try to contribute joy to the world. That is true no matter what our problems, our health, our circumstances. We must try. I didn’t always know this and am happy I lived long enough to find it out.”

Rest in peace, Mr. Ebert. You were a legendary journalist, and for those of us aspiring in the same field, we can only hope to bring the same wit, energy, and intelligence to the stories we write.

Watch a clip from At the Movies with Siskel & Ebert from 1984 when the two critics reviewed the film Ghostbusters:


“No good film is too long; No bad movie is short enough.” – Roger Ebert