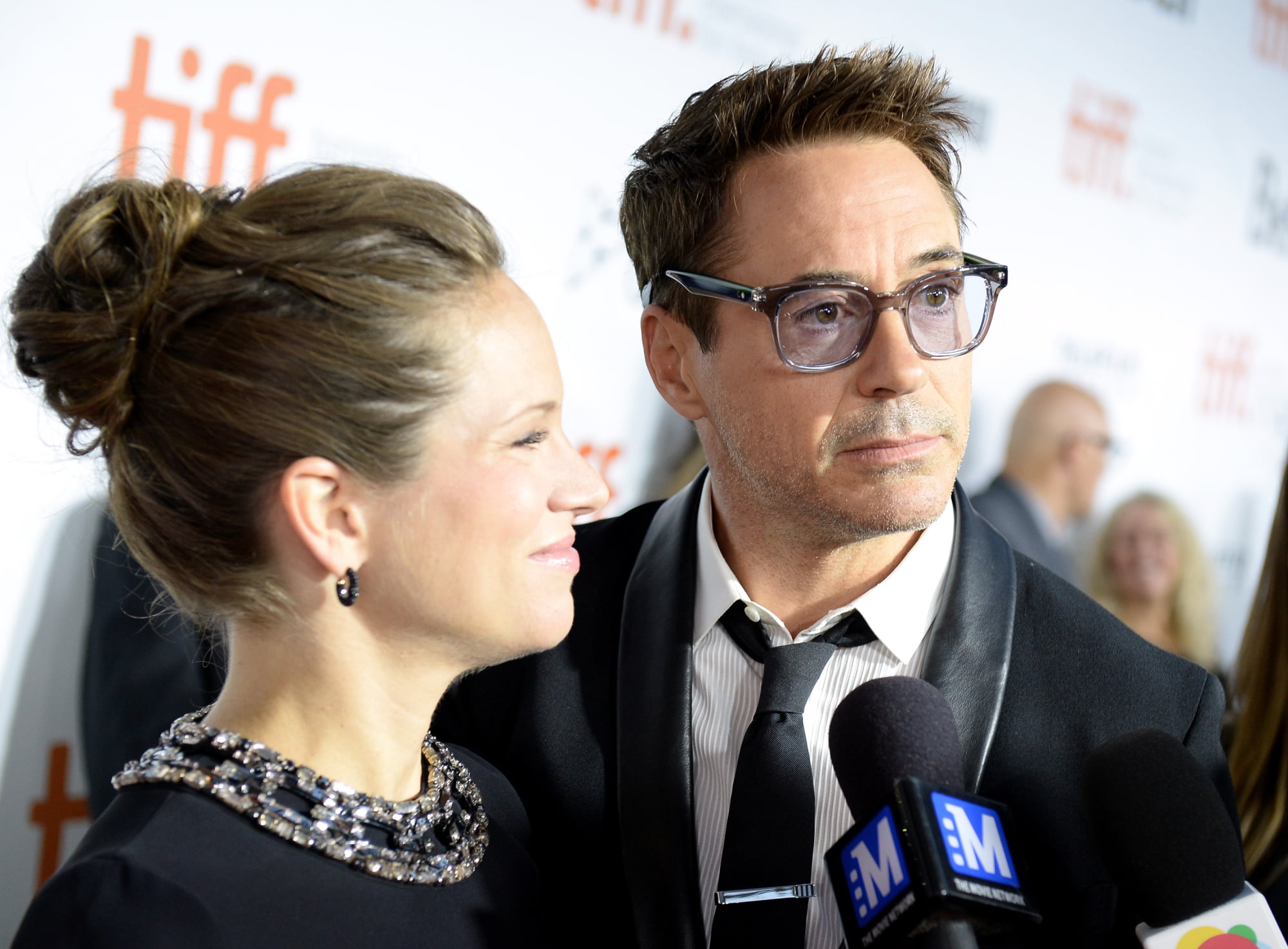 I must have blinked because suddenly it’s the third day of the Toronto International Film Festival and this is the first time I’ve had time to write in the blog. I’m also sitting on a day of content that I still need to post, and of course today is also a full day unto itself, although things have slowed down for the next hour or two.

But, let me stop complaining long enough to celebrate the fact that this is my 14th year covering TIFF, and I still love every minute of it, even when I’m dragging gear around for hours, sore, hungry, and tired. All of those things still can’t ruin the fact that TIFF is my favorite time of year, and an incredible opportunity that I think does incredible things for Toronto.

The first day of TIFF, on Thursday, started with an interview for Canadian director Lindsay Mackay’s wonderful and charming film, Wet Bum, starring the incredibly talented TIFF Rising Star, Julia Sarah Stone. I haven’t seen everything, of course, but so far it’s one of my top 10 films at TIFF, and my favorite Canadian film at the festival.

Mackay and Stone were delightful, and I had a great time chatting with them, and learning a little from behind-the-scenes of the film. Stone is refreshing, and I think a powerhouse of a young actress who could be destined for even greater things in the years to come.

Running from the interview, I made it to the screening of Mary Kom just in time for the first scene. The film, which stars Priyanka Chopra in the title role, follows the life of the famed Indian boxer, and I interviewed Chopra and the film’s director later in afternoon. They were both really interesting and had a lot to say about Kom–Chopra was also exceedingly friendly, which is amazing considering she’s such a huge star.

Finally, I ended Thursday with the red carpet for the opening film, The Judge, starring Robert Downey Jr., where I interviewed and caught video with young actress Emma Tremblay, actor Jeremy Strong, and the one-and-only Vincent D’Onofrio. I also caught a few moments of video with Mr. Downey and his wife Susan.

Friday was a considerably quieter day for me at TIFF. I screened director Ruba Nadda’s latest film, October Gale, ahead of interviews next week, and the best part was that the film was on the IMAX screen. The cinematography in the film is beautiful (especially one scene that soars over Patricia Clarkson’s character as she boats across an unknown lake in Ontario), the script is well-written, the stars have great chemistry, and I think this is Nadda’s best film to date.

I’ve met Nadda a few times over the years, so I take a lot of pride in seeing her return to the festival each time, and I have to say that I always look forward to her next project.

After that, I was on the Boychoir red carpet, where I interviewed a few of the young men who sing in the film, actors Kevin McHale and Eddie Izzard (!), and director François Girard, who I adore if for no other reason than for his beautiful drama, The Red Violin back in 1998. 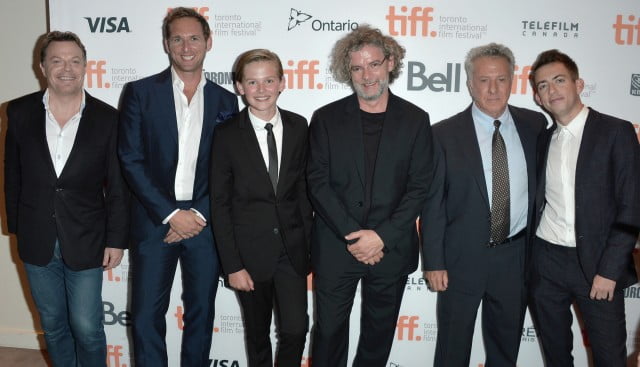 The cast and director of Boychoir

Those of us further down the line did not get to chat with Dustin Hoffman, but I blame that more on timing and the general way red carpets work for those of us behind the camera crews. Camera crews routinely get all the time and talent they want, but those of us further down the line are rarely so lucky as to get A-list stars or big-name talent. Again though, I try not to complain considering what the stars we do get to interview, even briefly.

Finally, let’s talk about today though. Today has been a very good day to be at TIFF.

This morning I interviewed for The Drop, including stars Tom Hardy and Noomi Rapace, actor Matthias Schoenaerts, and director Michael Roskam with writer and author Dennis Lehane.

Hardy and Rapace have to be two of my all-time favorote TIFF interviews. They were intelligent, funny, charming, and most of all, friendly, and Roskam and Lehane were equally enlightening and revealing about the project and how it came together.

That set of interviews alone would have made my day, but it didn’t stop there. After that I screened Revenge of the Green Dragons, a gritty crime drama that is being presented by Martin Scorsese, and a film that I’m interviewing for next week.

Last, but not least, I went to the Tastemakers Lounge, which is celebrating their 10th anniversary. I remember going to the very first Tastemakers Lounge, so it seemed appropriate to return for another year, plus I really enjoy seeing what they have for guests each year.

The details from Tastemakers will have to wait though, as I’m saving it for another story, but it was great to see who they were working with this year, and I really adored the men’s jacket from Danier Leather, and the stunning Italian leather shoes from Piloti. I’ll talk more about all the stuff I drooled over though very soon.

Now, after I hit publish on this story, I’m headed off to screen The Imitation Game starring Benedict Cumberbatch, who I’ll be interviewing next week as well. Stay tuned for more soon, and otherwise you can catch up with all the videos I’m posting from TIFF on The GATE’s YouTube playlist.

Tomorrow is a big, big day too, but I’m going to save that story for tomorrow. Two hints though: Rosewater and Wild.