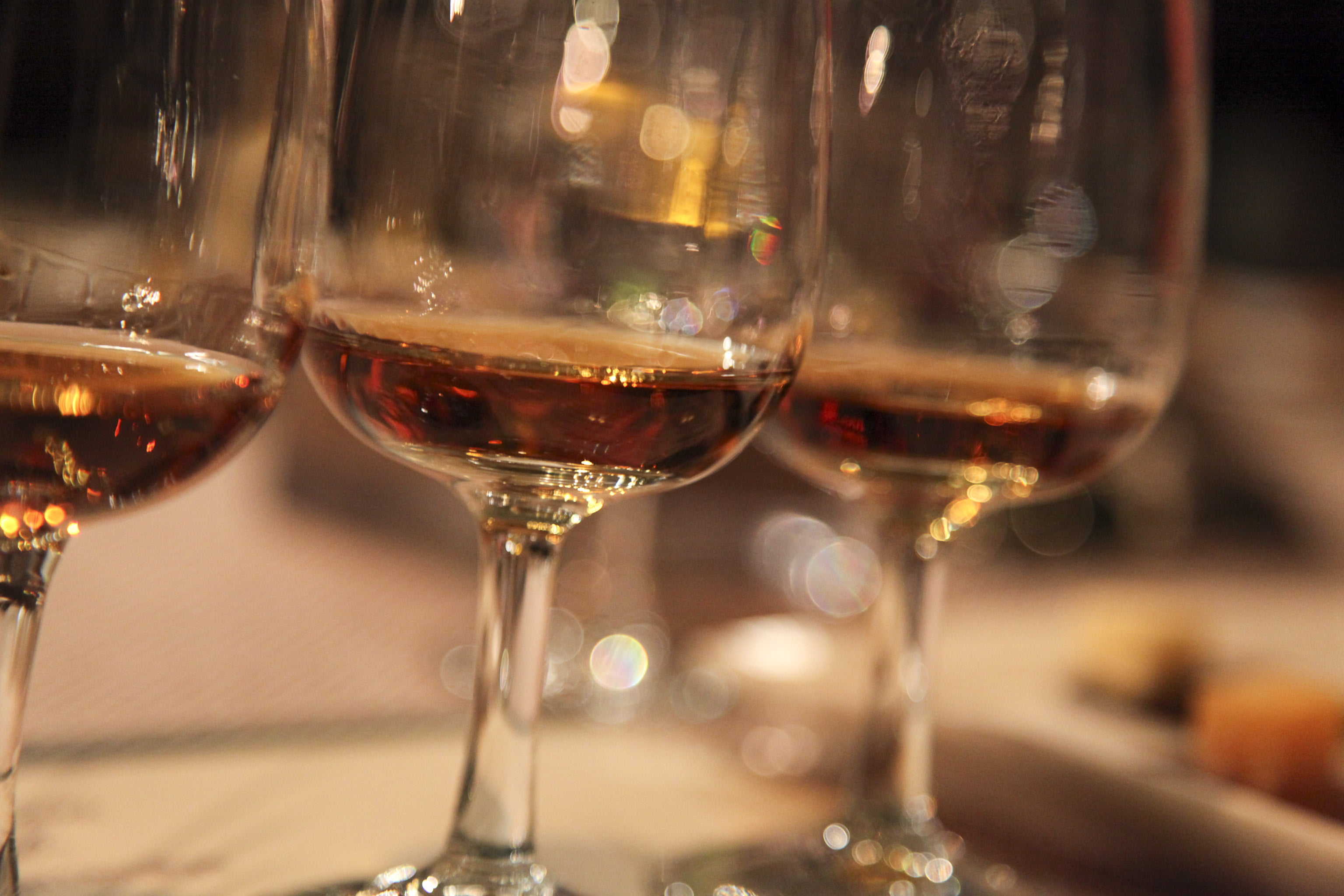 Canadian Club knows how to host a whisky event, and of course, that shouldn’t surprise anyone. They have an award-winning brand centre in Walkerville, and they have been hosting whisky lovers at events for a long time, but after a tasting for their new Chairman’s Select 100% Rye earlier this month, I thought it was worth mentioning.

I have been to numerous events over the years, and it’s worth mentioning here because I was not disappointed. The focus of the night was simply enjoying Canadian Club’s new Chairman’s Select 100% Rye, whether you drink whisky neat, in a cocktail, or even if you like too cook with it.

The event took over a cozy space at the Spoke Club on King Street where media–especially whisky-loving media–were assembled for cocktails, a tasting, followed by a themed menu that included 100% Rye in the recipes.

Before the tasting we were treated to cocktails–a Dry Rye Manhattan made with 100% Rye–which were fantastic, especially for someone who doesn’t normally drink Manhattans. The flavours were subtle, and the alcohol complemented the bitters and the vermouth.

After being seated, Tish Harcus, Canadian Club’s brand ambassador, led the tasting, which included squares of cheese and chocolate which were paired to one of the four whiskies we were sampling. Some of those pairings worked better than others, particularly for the cheeses, but I was surprised at the flavours that the samples brought out, and some of the chocolate worked magic with the whisky. If you want to explore whisky flavour, I definitely recommend at least one tasting with chocolate.

For my tastebuds, the 100% Rye and the Sherry Cask were the best pairings, but I think you could safely try chocolate with almost any whisky, and some of the cheeses worked with alternate whiskies. It was the cheese, however, that left me more dubious at times, but I think it will depend on each individual pallet to some degree.

The tasting revealed a few things about the 100% Rye, and the big thing I noticed was that the whisky is incredibly smooth and silky, with a very clean finish that just lightly warms the throat. I think that makes it more ideal for cocktails than some of the other Canadian Club whiskies, which can be overpowering in some cases, but it also makes it a great aperitif or digestif served neat, or on the rocks for whisky lovers who want a lighter finish.

Once the tasting wrapped up, we moved back to the bar where they served up a number of dishes with Canadian Club connections, made by Spoke Club Chef Robert Klunder. There was dessert, and a number of finger foods, but the highlight for me was the 12-hour slow roasted pork shoulder served with Canadian Club BBQ sauce. Delicious.

Check out my photos from the event below, and scroll to the bottom for Canadian Club’s video promoting the new Rye whisky. The new whisky is priced at what I consider a remarkable price of $27 for a 750 ml bottle, so it’s worth sampling as fall sets in ever so slowly this year, and into the winter months when I will have to see if I can make it work in coffee or hot apple cider. 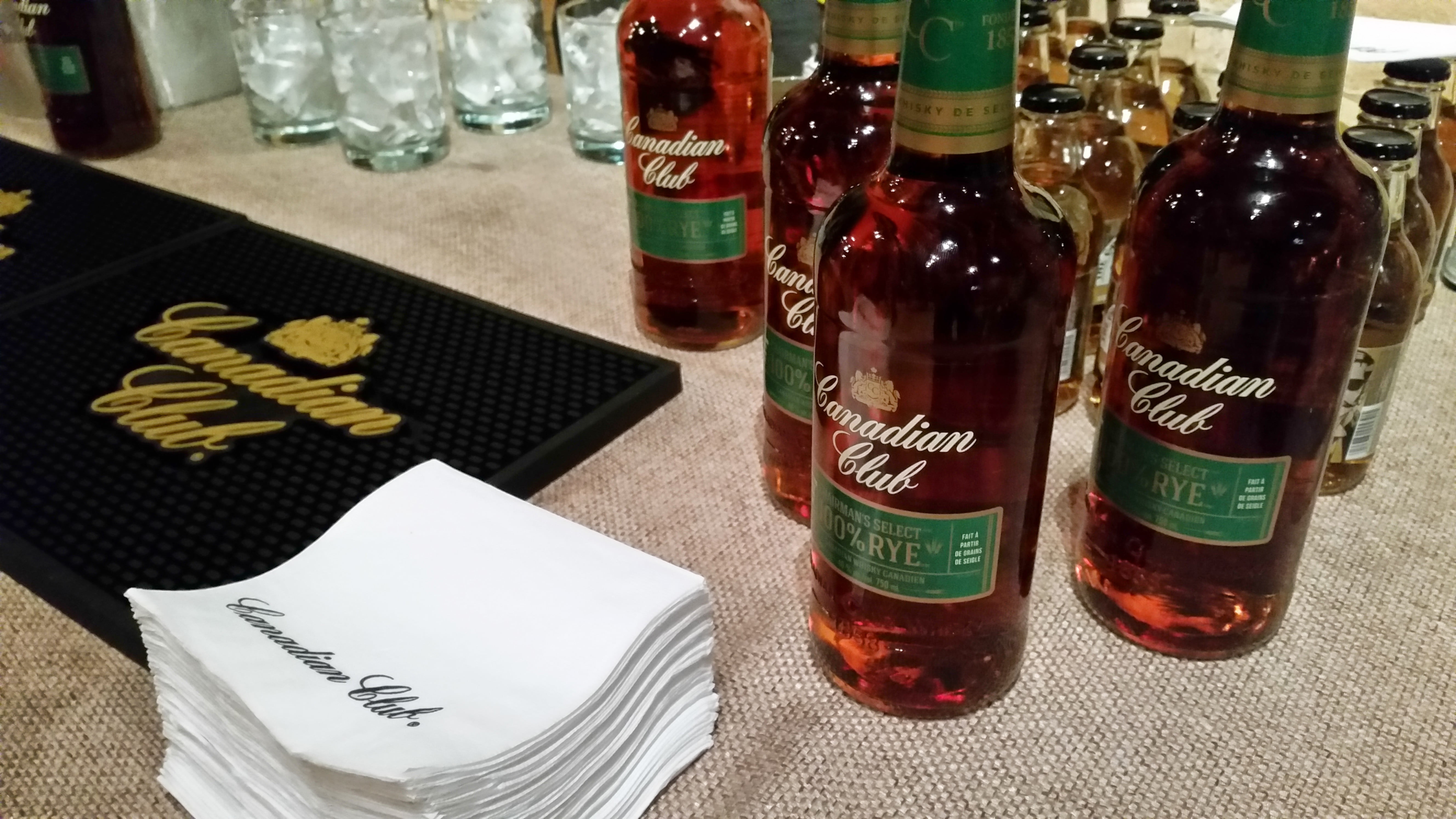 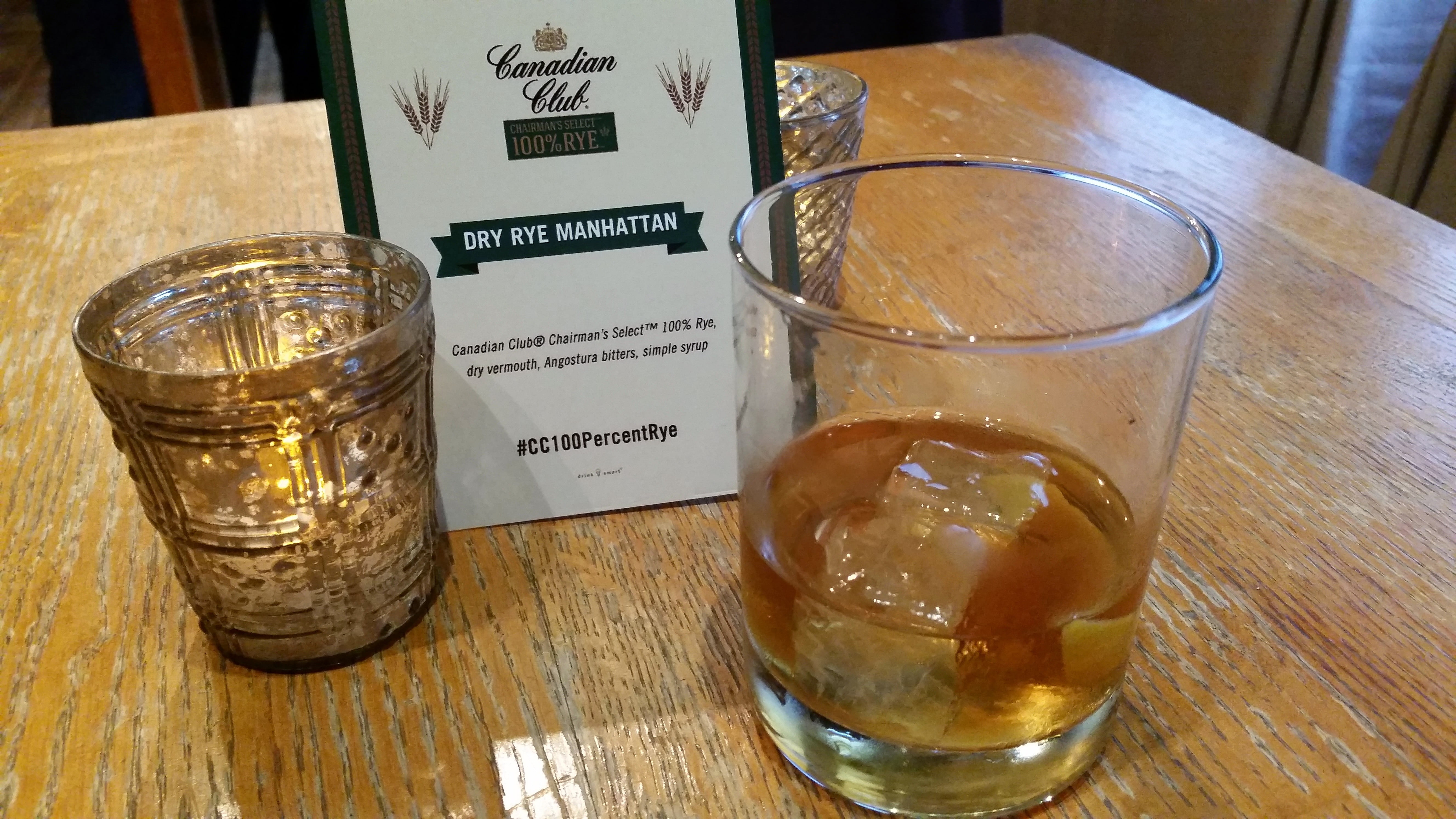 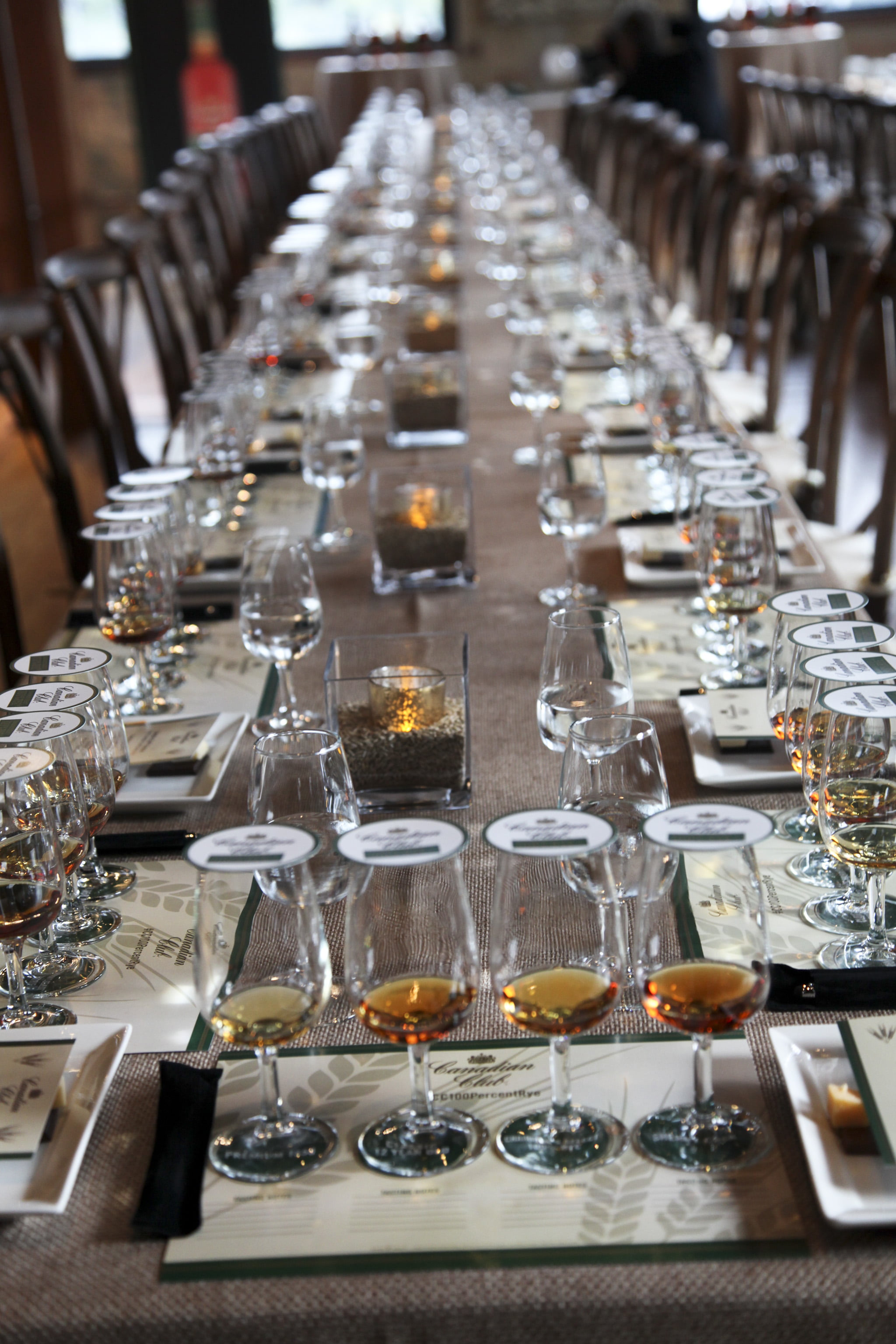 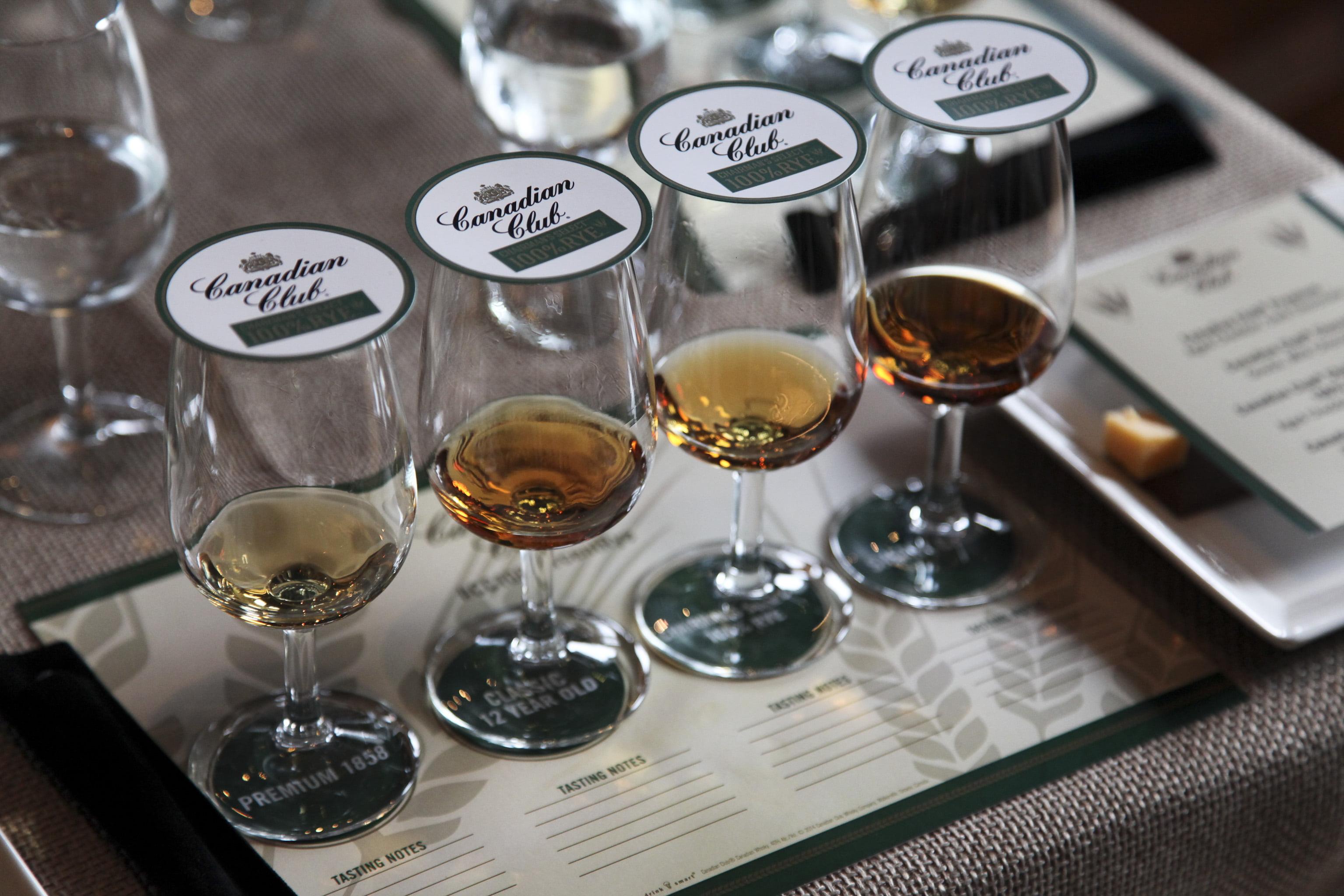 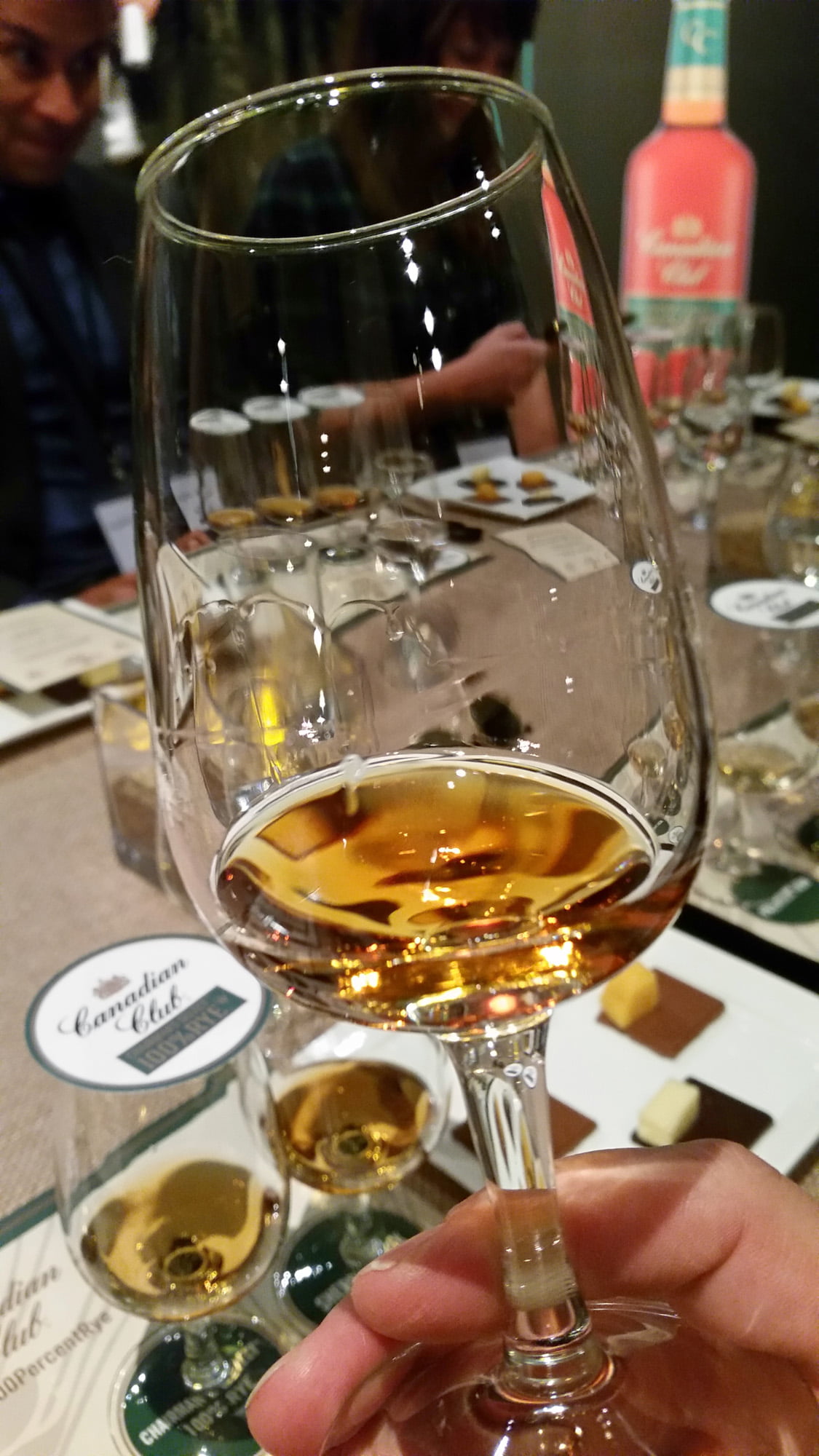 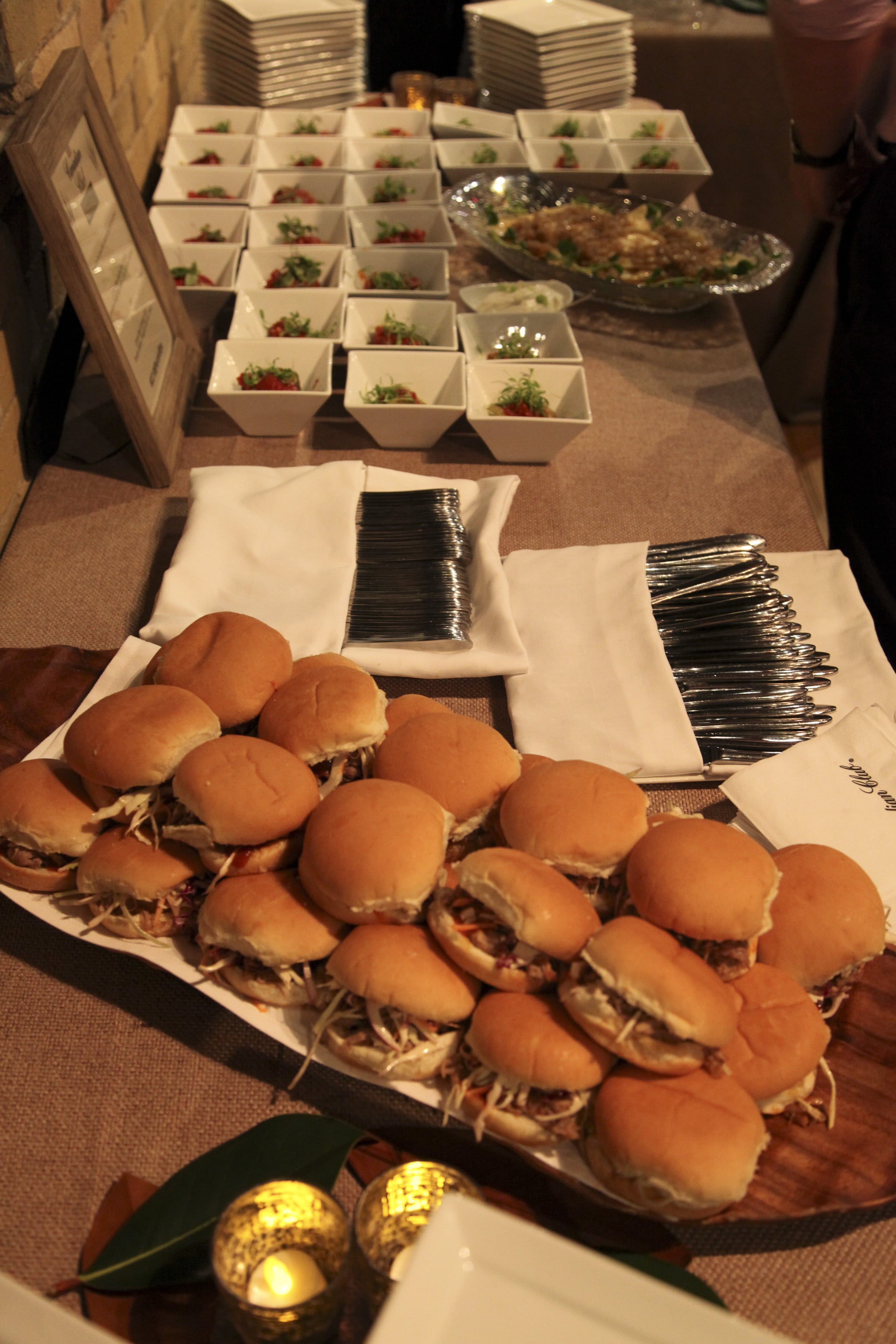 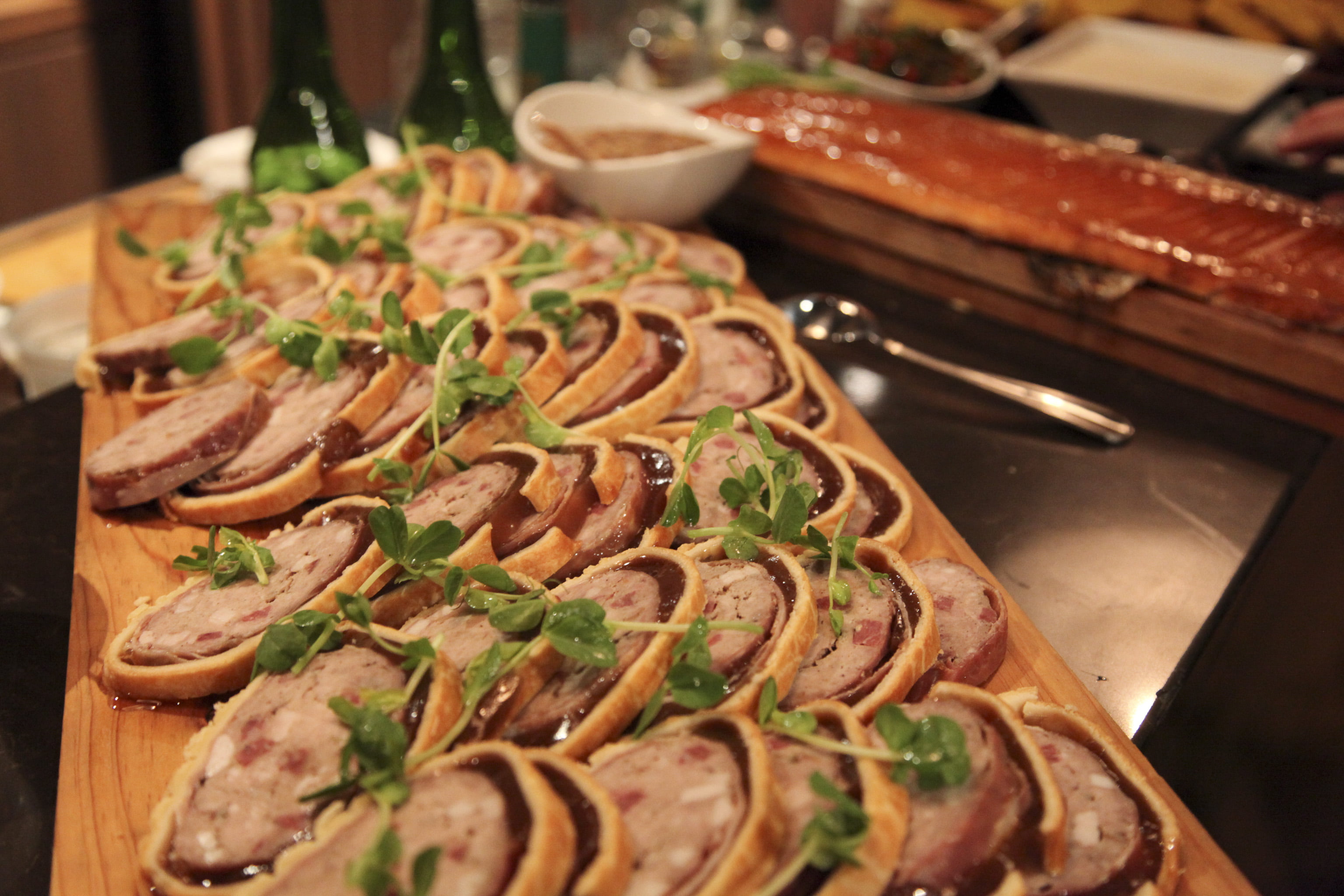 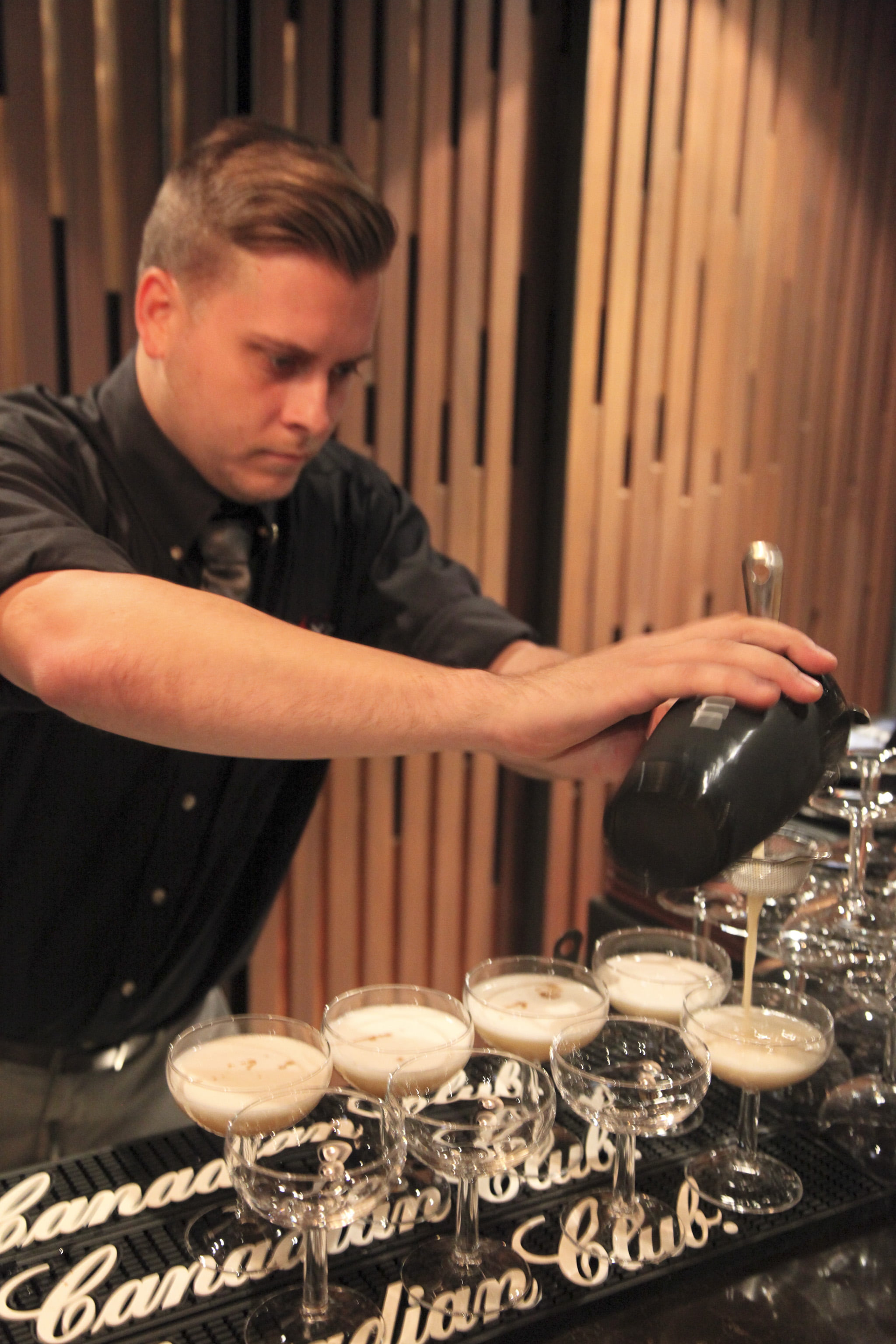 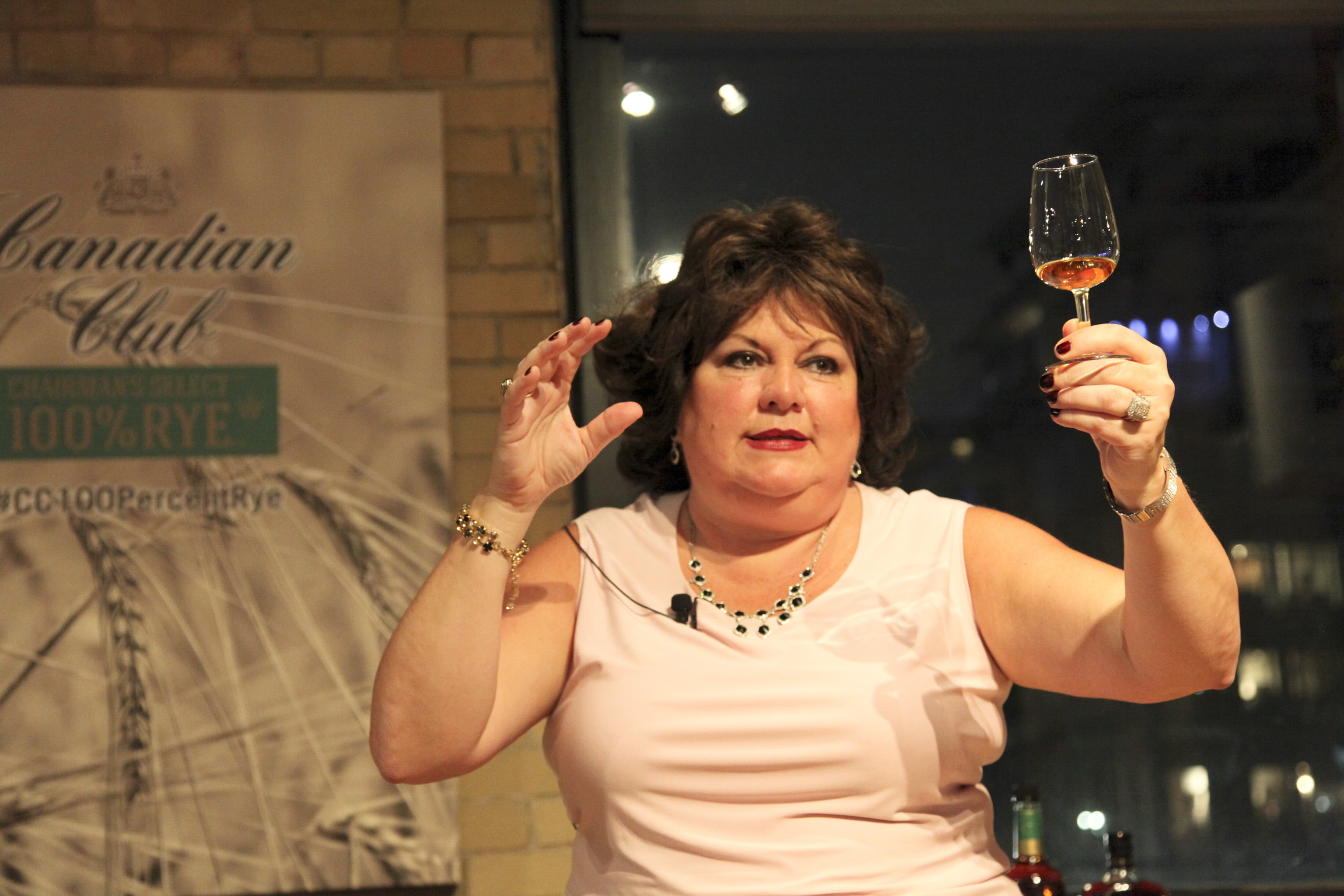