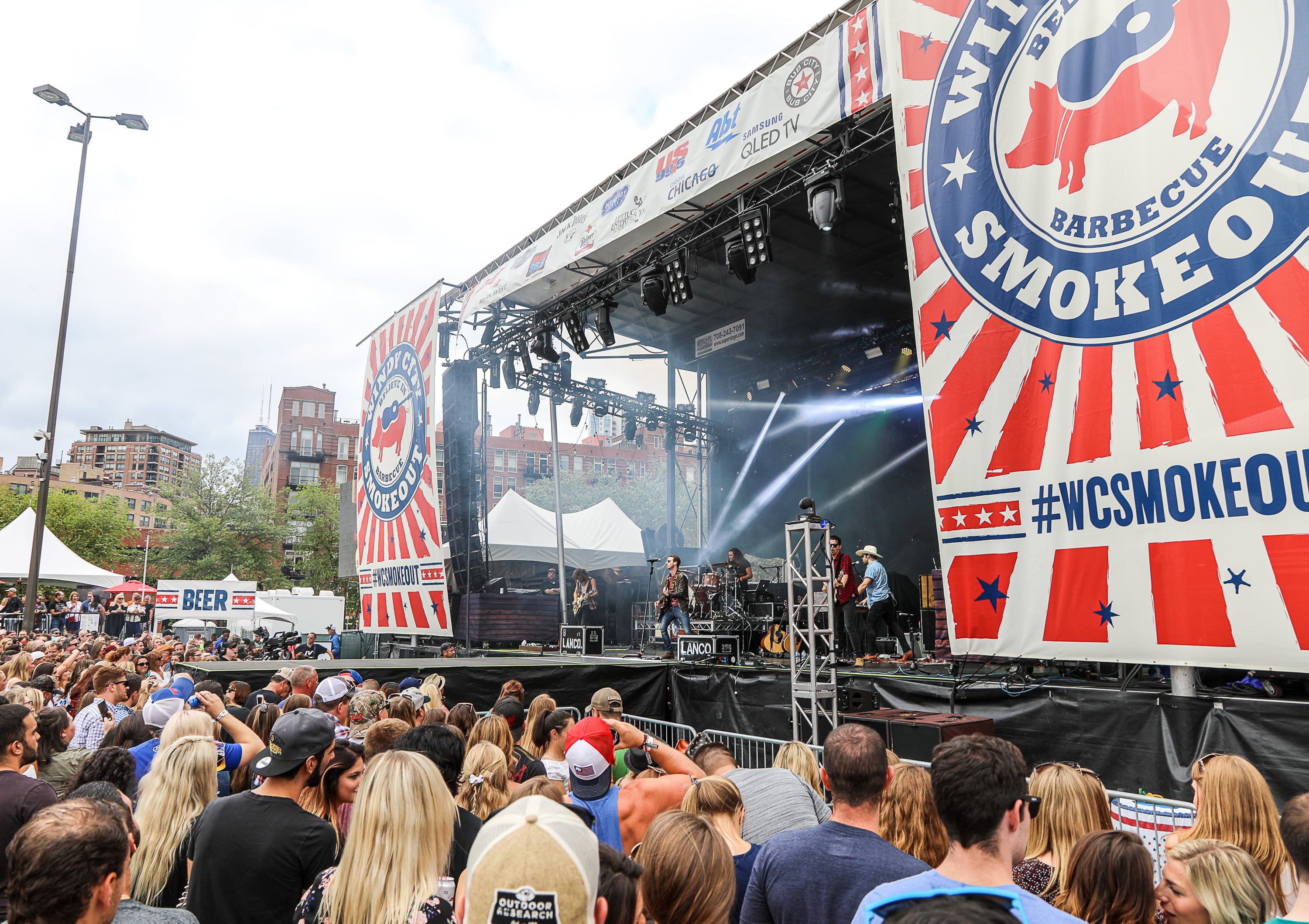 My family raised me on country music. When I was a kid, my mother and grandmother listened to nothing but old school country, and that certainly rubbed off on me. My tastes are all over the place, but country still speaks to kid in me that grew up on it, so when I got an invite to come down to Chicago to cover the Windy City Smokeout country music festival, I was excited for a whole bunch of reasons.

Then there’s the food. I really love BBQ, and the list of pitmasters, and food, is epic. There is even a cooking class with pitmaster Mryon Mixon, a crawfish boil today with Moët & Chandon that’s being put on by Pearl’s Southern Comfort, and tomorrow I’m having a BBQ brunch. (They may have to roll me on to my flight back to Toronto on Sunday, I’ll be so full.)

And of course, there’s beer. There are a lot of breweries at the festival, covering just about any kind of beer you might like. After all, what’s BBQ and country music without a brew?

Plus, I’m excited about exploring Chicago a little. I’ve never been in the city before, and I’m planning to check out a few things before I leave, including Millennium Park, a museum, a bus tour, and perhaps a blues joint or two tonight.

The cherry on the cake is that I’m staying at Virgin Hotels Chicago, and I love it. The boutique hotel is fun, lively, and there’s a lot under one roof. The breakfasts at Miss Ricky’s are epic, there’s coffee at Two Zero Three, and the rooms are also incredible. Cerise Rooftop bar is even hosting afterparties for Pitchfork Music Festival, which is also on this weekend in Chicago.

Thanks to Eric Alper for working with me on this trip, where I’ll be sharing some of the stories from the trip, not to mention the team at Choose Chicago.

And for anyone who wants to get a taste of Windy City Smokeout, I’ve even put together a playlist of a few of the best songs for a lot of the performers. I’ll be updating it soon to include all of the bands, but for now, there’s a sampling below. Scroll down too for a few shots from my first day.