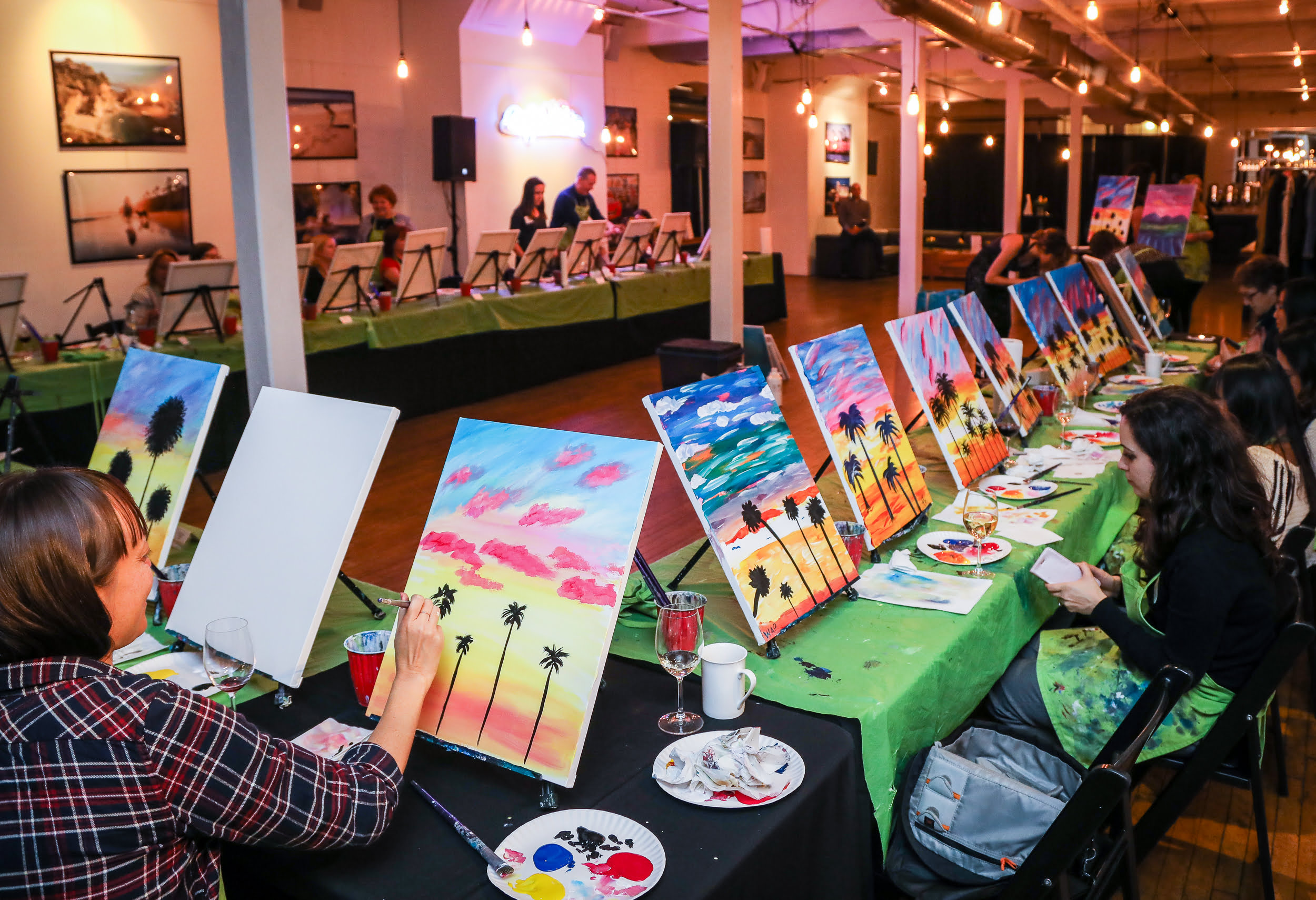 I look forward to October all year long. I love September, but I know that around the middle of October things slow down just a bit, the weather gets cooler and nicer, and I love a good hot apple cider right about now. This year has felt like summer has crept into fall more than I like, but the weather has been wonderful. I also finally was able to recover from a cold that’s stuck with me for more than two weeks.

The last two week I’ve had some fun catching up on fall television, and heading out to a few events. The first one was last Monday night with Visit California, where we sampled some California wine, ate themed food inspired by the state, and tried out painting iconic scenes from the area.

The last time I picked up a paint brush I was probably in high school, so it had been a while since I had tried painting, but it was a lot of fun, and we all sat between representatives from destinations in the state. I was lucky enough to sit between Karna, who was representing Santa Barbara, and Lauren, who was there to talk about Beverley Hills, and I’ll admit that I found out a lot about both places that I didn’t know before. I also had a chance to learn a bit about San Diego, Los Angeles, and Disneyland, so there was a lot to talk about during the evening.

For the launch of Frontier season two on Discovery Canada, I interviewed stars Jessica Matten, who plays Sokanon, and Alun Armstrong, who plays Lord Benton. They’re an interesting duo, especially since they play such opposing forces in the series. It was really a pleasure to chat with them both, and hear their insights into the characters, but I was especially fascinated with Matten, who talked about her character, her character’s strength, and how much she appreciated being able to bring her character’s Indigenous story, and her own heritage, to life in the series.

Technology and video games journalist Carl-Edwin Michel sat down to talk about Marvel Mania with Air Miles and Marvel Micropopz recently too. You can do some fun tricks with the little figures, but the characters themselves are also just fun. His favorite character, and probably mine too, was Spider-Man, but I have to admit that with the augmented reality app that’s available too, Groot and the Hulk are also a lot of fun. Watch the video at the bottom of the page for more details. Marvel Mania ends tomorrow, October 26.

Recently I also interviewed Una director Benedict Andrews. The film, which stars Rooney Mara and Ben Mendelsohn, is in Toronto theatres now, and it’s based on the play Blackbird. It frankly deals with some complex emotions and ideas, which makes it a difficult film. Andrews handles the story adeptly without offering any easy answers, and it was interesting to hear about how he thought about the chemistry in the film.

When I asked him about casting and thinking about the character chemistry, he said, “Well on one hand you’re making a bet on a chemical reaction. That’s part of the casting that will become part of the fiber of the film. You’re kind of wondering what will happen when you put the two elements together,” but ultimately he added that “fundamentally the material sets a huge bar for you to leap over.”

What else am I working on? Holiday gift guides. I start working on gift guides in August, amazingly enough, and it takes me weeks to put together the features on products and things that I love for the holidays, including the charity gift guide. Part of the reason it’s so time consuming, but also one of the reasons I love doing it, is that I shoot a lot of original photography for most of the products I feature. That’s not just to put my own spin on the gift guides, it’s also because I like to be able to pick up a product and really talk about it and review it for the gift guide.

Otherwise, stay tuned Friday for more on what I’ve been up to this week. Tomorrow is one of my busiest days since TIFF, with a screening, meetings, and three events at night, but it should be a great day. In the evening alone there’s a YouTube event, an event for the 2018 Allan Slaight Juno Master Class winners, and then an event for a Ketel One Vodka pop-up bar.