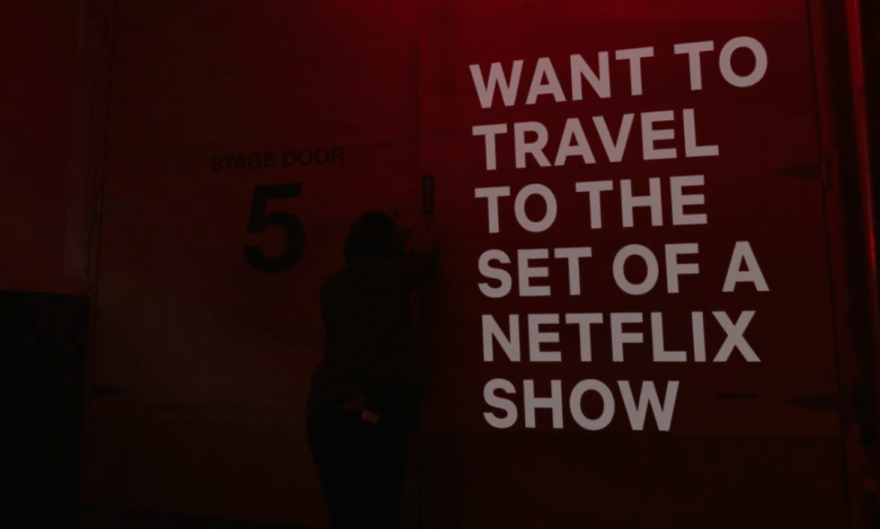 Netflix Canada announced their #GrammastersNorth search last week, as they look for three of Canada’s best Instagrammable photographers. The winners will visit sets for Netflix Original shows and share behind-the-scenes photos with the country, and it’s an opportunity that I am honestly very, very excited about.

Canadians can enter on Instagram by posting three of their best photos with the hashtag #GrammastersNorth by May 11, and around May 14, Netflix will contact the potential candidates. The three Grammasters will be announced around June 8. The candidates will be selected based on “creativity, originality, and embodying the Netflix essence,” and there are a few rules to keep in mind when entering, including: don’t submit photos of other people, and you can’t feature any copyrighted material or architecture.

I’ve been on set for a number of series over the years, and I’ve always loved every second of it. Some of my favorite interviews that I’ve ever had were on sets.

Over the years I’ve even been on set for a few shows that stream on Netflix, including Netflix Originals, so I think I’d be the perfect candidate for this job since I already know quite a bit about working on set.

Picking my photos for the search was honestly incredibly time-consuming, and it took me a while because I went back over some of my favorite shots from the last couple of years, but my photos from the trip to Fogo Island last year absolutely stood out because they offered a bit of a story from the trip. Some of my favorite work tends to be portraits and videos, but sticking to a theme of travel and showcasing Canada, I’m pretty proud of what I entered. Two of the shots–the first one and the last one–were even shot on my phone.

There are a lot of very talented photographers who have already entered for #GrammastersNorth, so I’ll just have to cross my fingers and see what happens next, but thanks to all my friends, family, followers, and contacts for the support on this post.

If you plan on entering, make sure you follow Netflix Canada on Instagram first, and you can get more details on #GrammastersNorth at grammastersnorth.ca.

Today, @netflixca announced their #GrammastersNorth competition and I was so excited that I spent the day combing through my photos to enter. For the last 17 years I've been covering film and television and I've been on dozens of sets. Often though we're not allowed to take photos on set, so this opportunity puts a really big smile on my face. I love the idea of being there, capturing moments, telling stories with images, and showing a bit how a creative team and cast can bring a story to life. A lot of my best photos are portraits, but since I couldn't use any of those, I looked for photos that were dramatic and told a little story. These three photos ended up being my favorites out of about 30 shots. I went through the images and these three just jumped out. All of them were from my trip to Fogo Island, Newfoundland last September, and I think they each speak to this rugged, beautiful place. I'm really proud of these shots and I also love that they are from a place in Canada many people haven't seen. I hope that, if I'm chosen by Netflix, and whatever the location ends up being, that I can not only show off the series and a bit of the mood of the show, but also the beauty of this country. #Canada #ExploreCanada #ExploreNL #AtlanticOcean #travel #Netflix #Newfoundland #blogger #instatravel