Swinging into action at the Rogers Cup

The Rogers Cup gets into full swing in Toronto tomorrow, and it’s going to feature some fierce competition, but last week I had a fun introduction to the tennis tournament right on Stadium Court with pro-player Borna Coric, thanks to a fun invitation from Danone Canada.

My time on the court was just a tad less competitive than what Coric and other players are going to face this week, but I actually learned a lot, and it’s been years since I held a tennis racquet.

I joined a group of talented folks, from chefs (including Eatertainment director Sebastien Centner) and a Team Canada Olympian (Alysha Newman) to actors (Designated Survivor actor Jenny Raven and Degrassi: The Next Generation actor Dalmar Abuzeid), in addition to other media. To get us ready for Stadium Court, we broke off into teams, and went through tennis basic training, including swing techniques, with the help of some of the best tennis pros in the city, led by Rogers Cup’s Tournament Director, Karl Hale.

We also had a taste-test of some of the food players will enjoy in the Rogers Cup Player Lounge, and took home our own Head racquet, tennis balls, and Fila goodies.

Danone also brought in registered dietitian, and sports nutrition expert, Nanci Guest to give us some tips on staying healthy, and feeding our bodies before, during, and after workouts. As she pointed out, your body is still repairing up to 48 hours after a workout, and that means you need to make sure you’re giving your system what it needs, including probiotics for good digestion and overall health, protein for muscle repair, as well as calcium and other beneficial nutrients.

Check out two recipes at the bottom of the page that Nanci Guest offered provided, and if you’re at the Rogers Cup, look for some of Danone’s products, from Oikos Triple Zero Vanilla Greek yogurt and Oikos Cherry Greek yogurt to Activia Probiotic Drink and Silk beverages, which will be available throughout the Rogers Cup for athletes, spectators, and volunteers.

The Rogers Cup, featuring the men’s competition, runs at the Aviva Centre from August 6 to 12, with 40 of the top men’s players in the world competing, including Federer, Nadal, Murray, Raonic, Djokovic and Shapovalov. The women’s competition runs at the same time in Montreal. 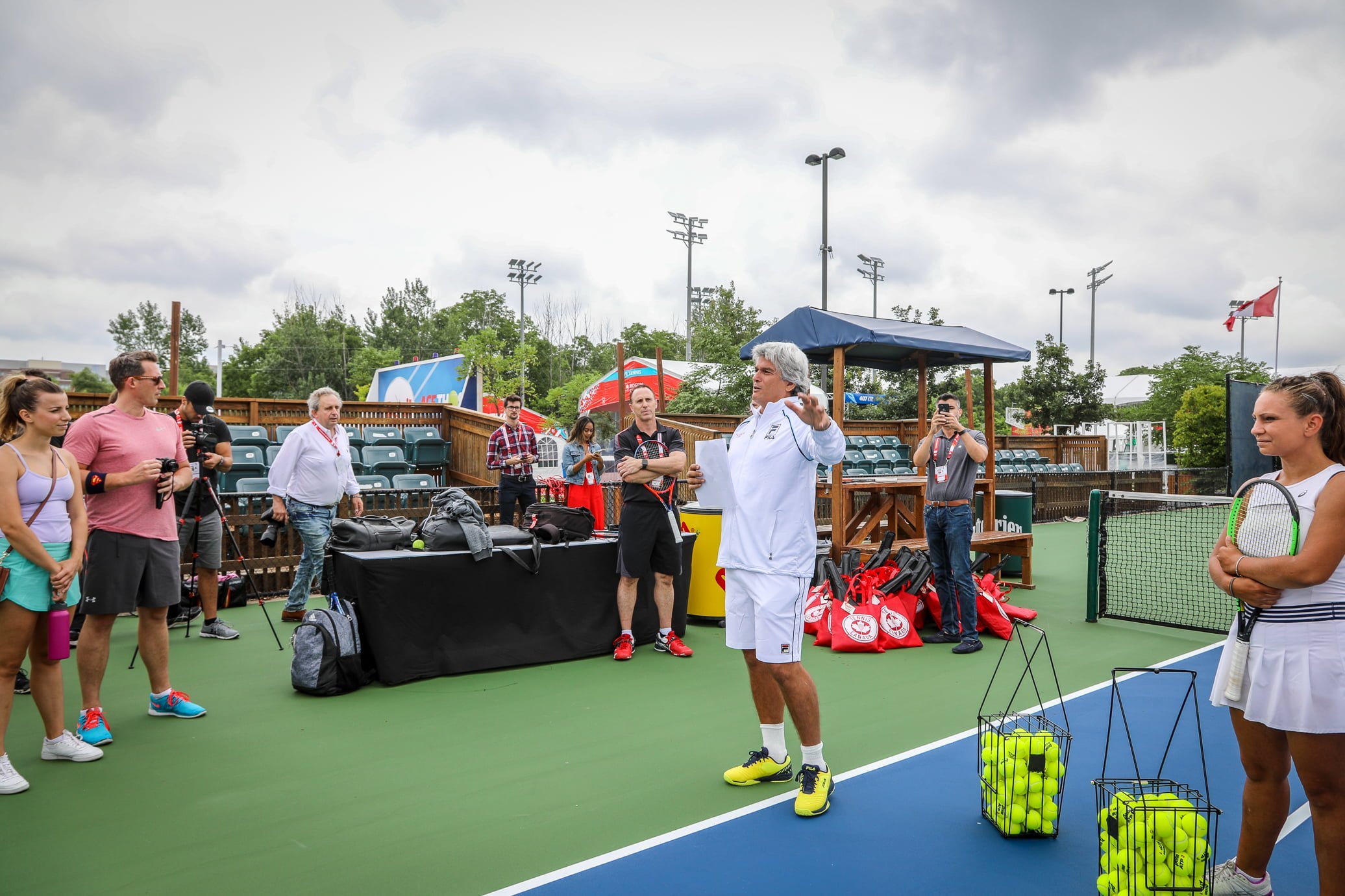 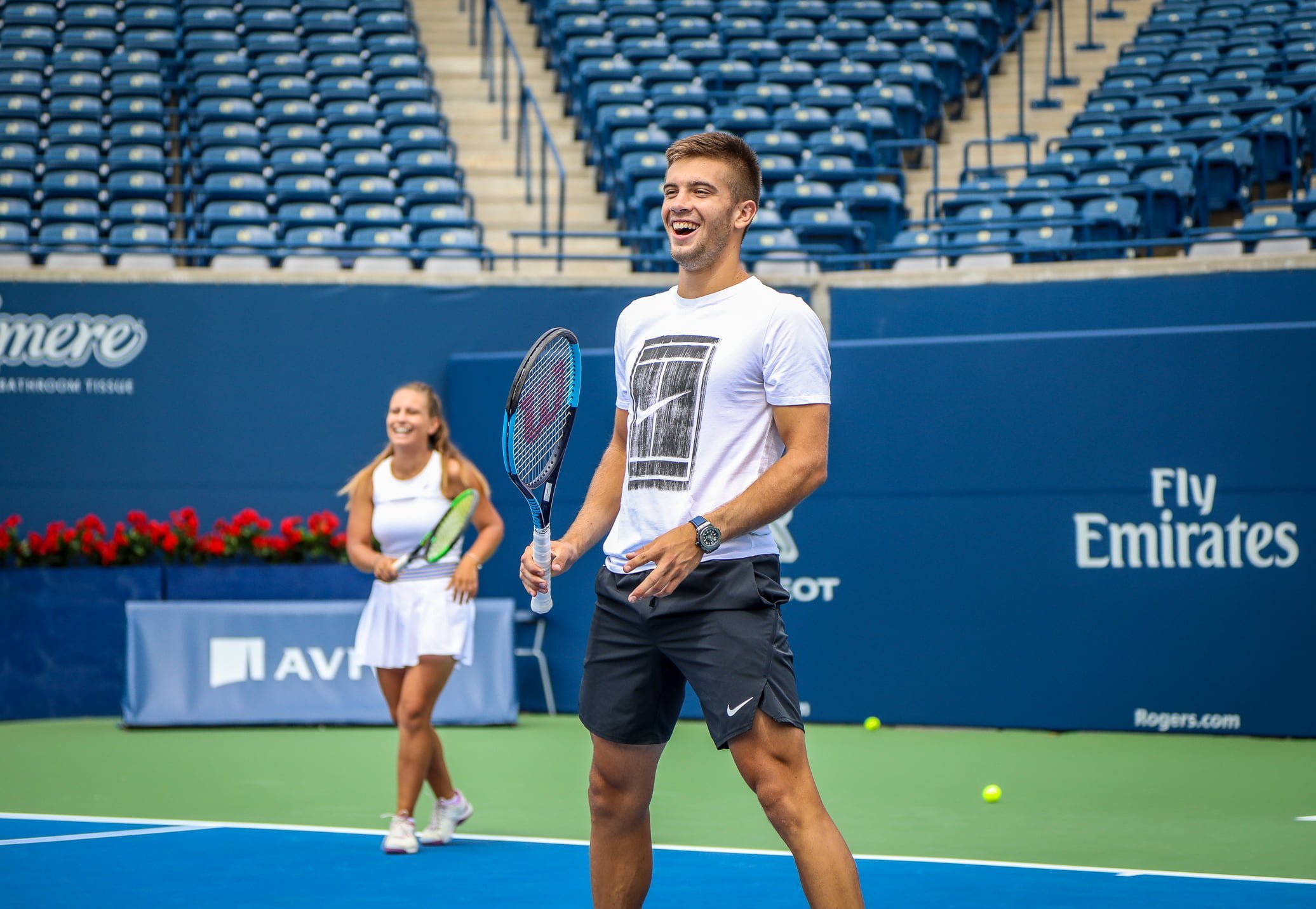 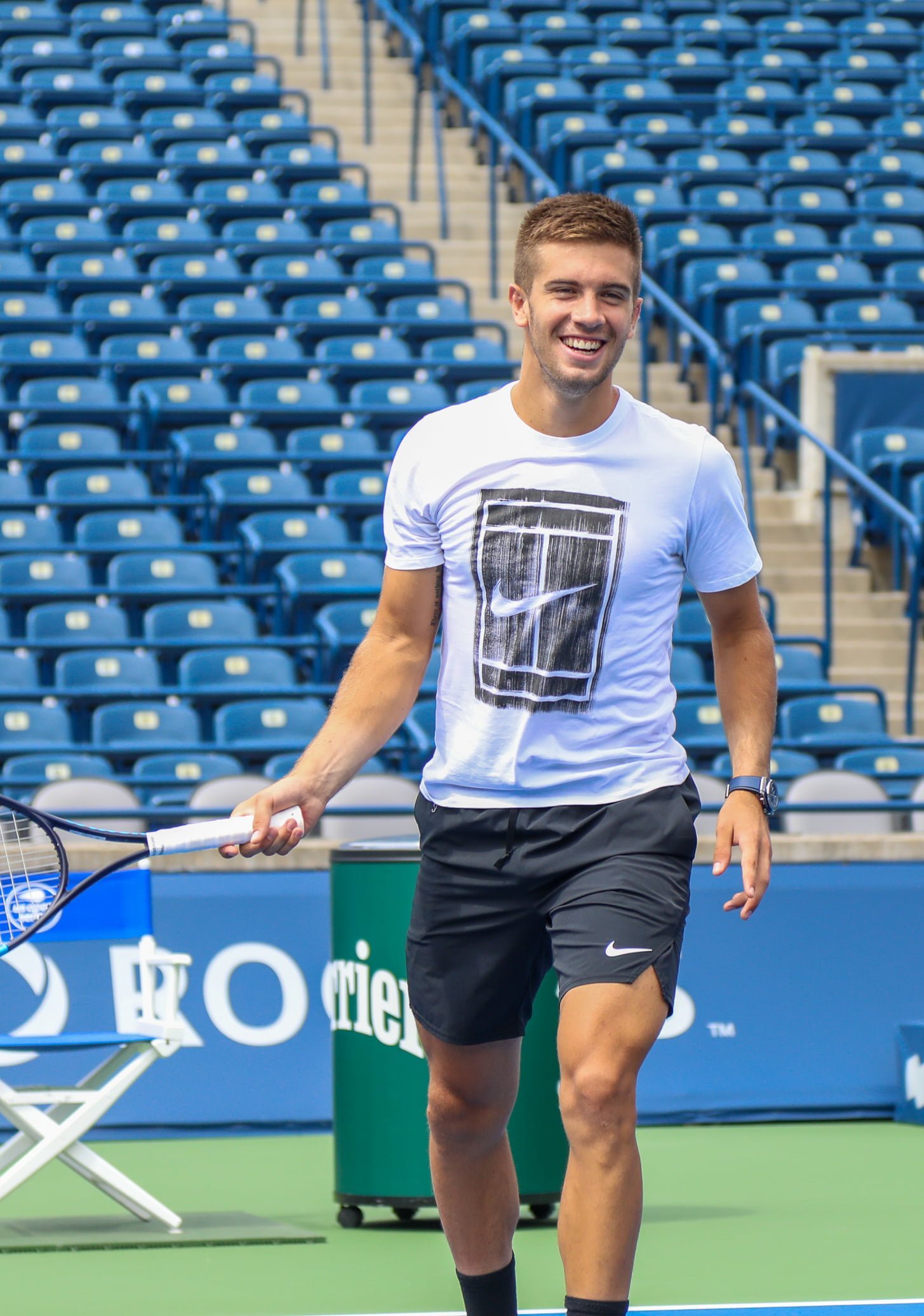 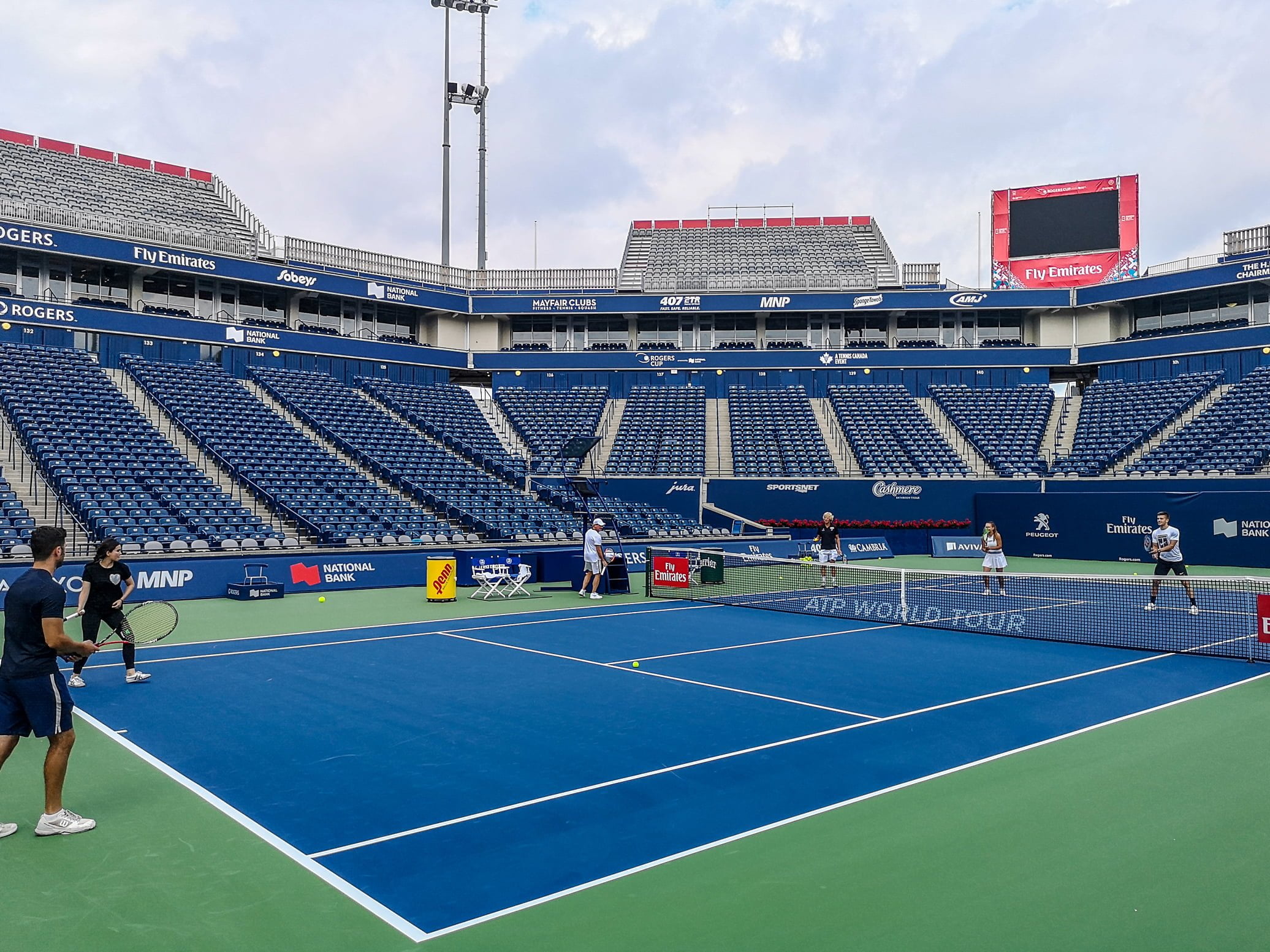 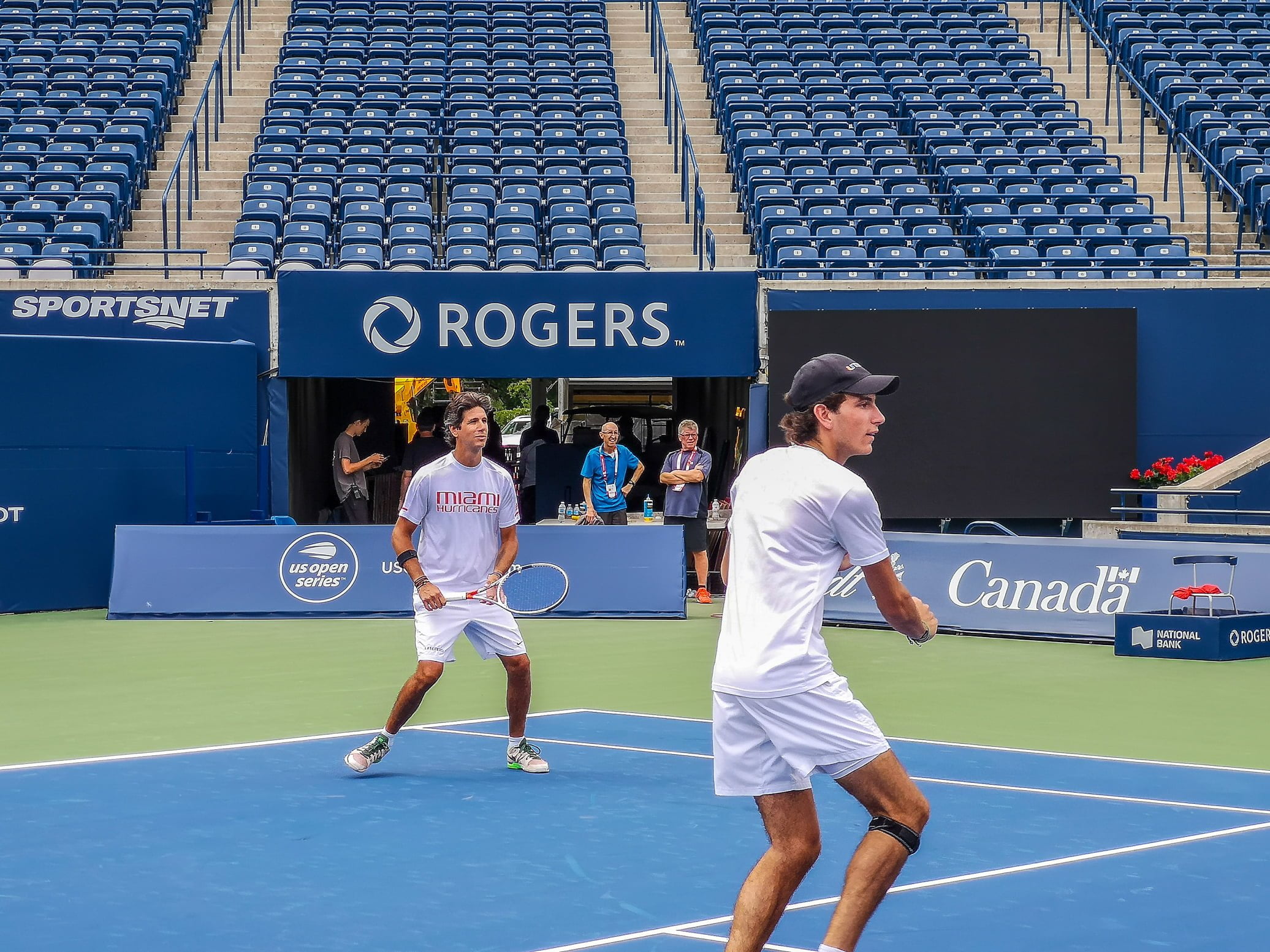 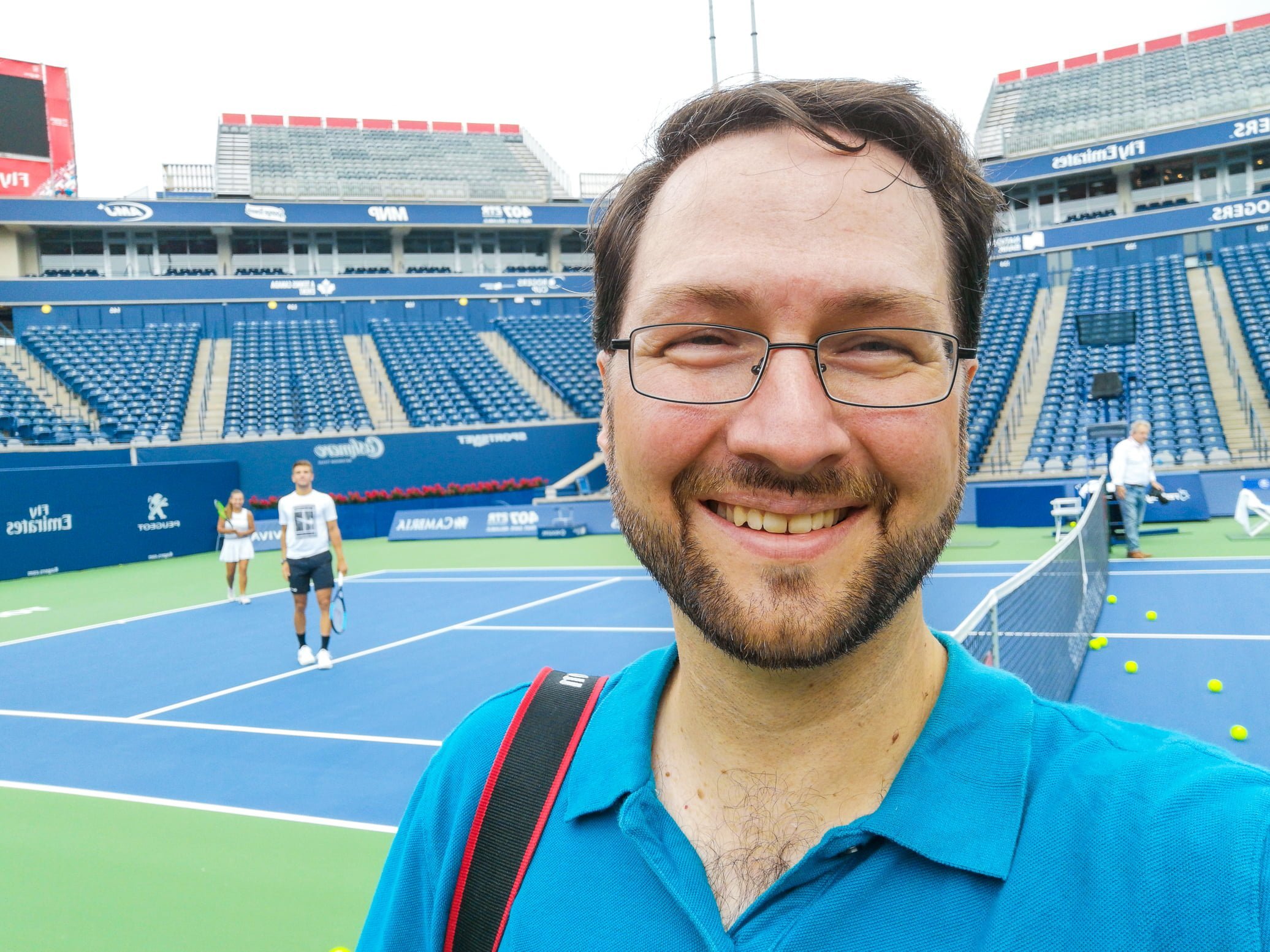 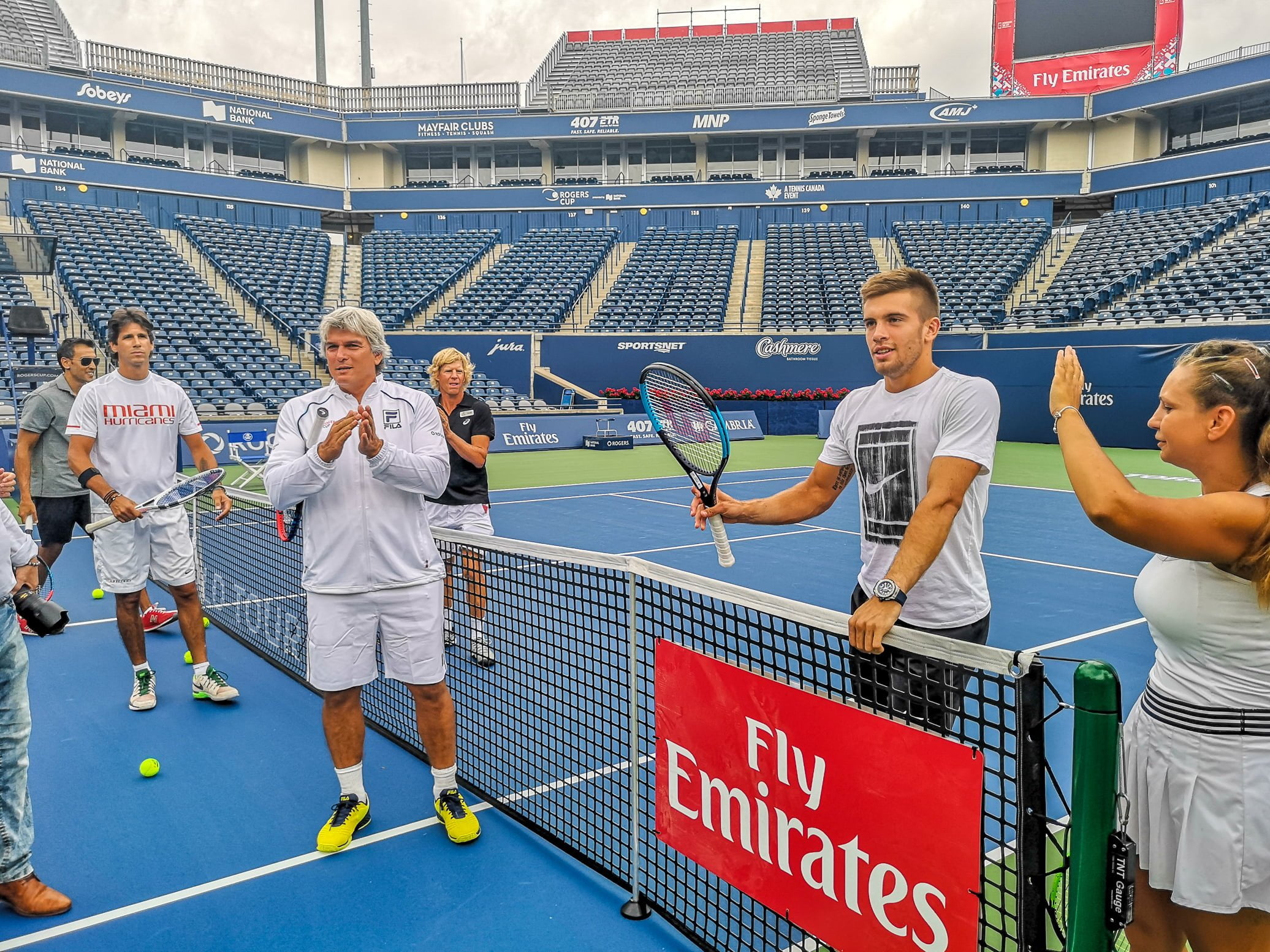 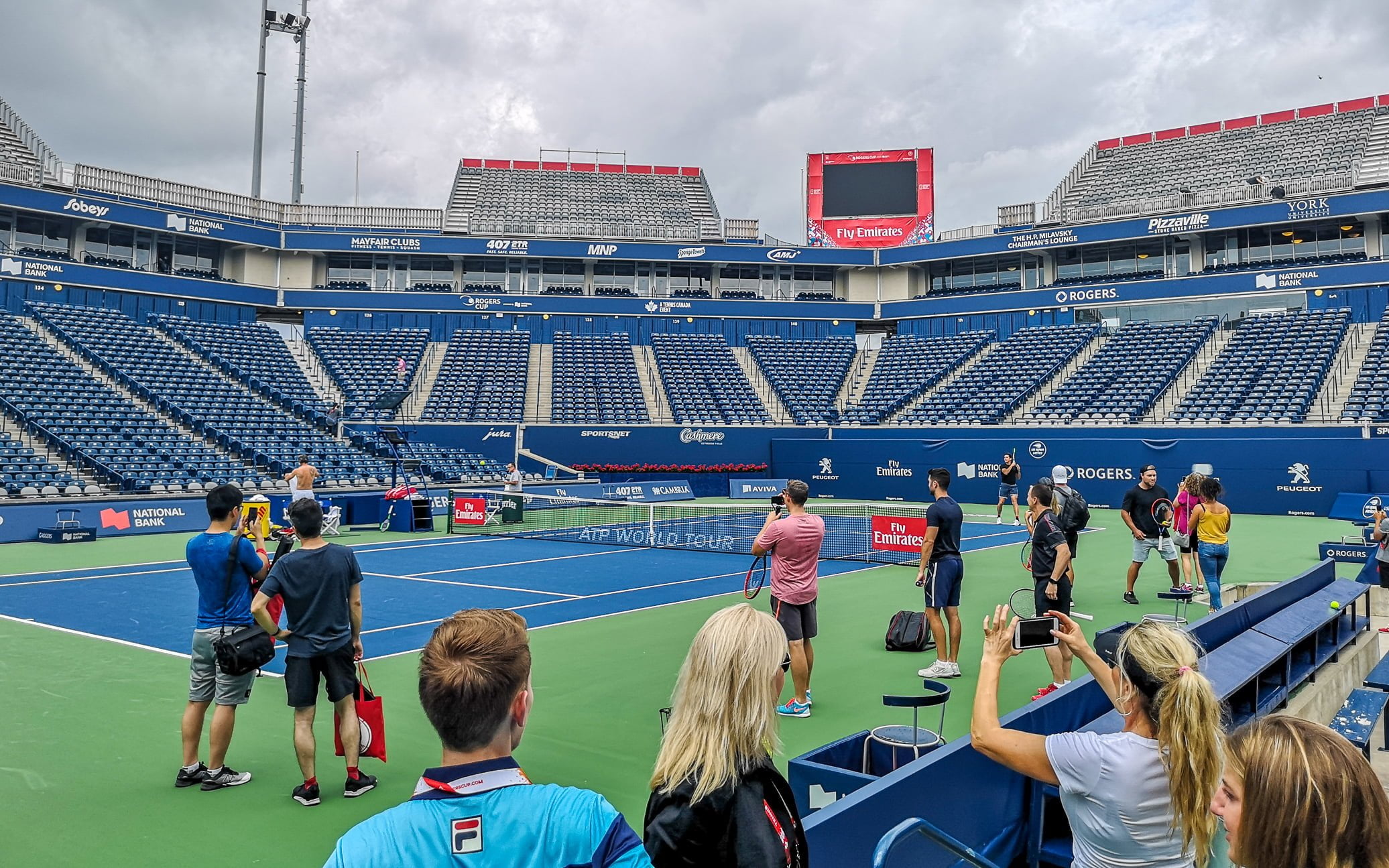 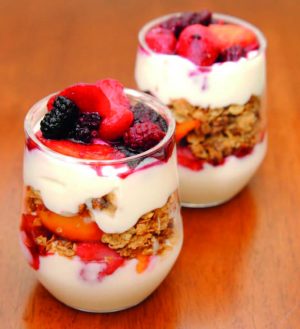 PREPARATION:
Layer each ingredient in order:

NOTE:
If consuming within 45 minutes of exercise, switch berries to banana for less fiber and quicker digestion. Add 1-2 cups of cold water, and hit the court energized, hydrated and ready to
play!

NOTE:
High quality protein with a good dose of free-radical fighting antioxidants and anti-inflammatory fats to heal those hard-working muscles.

Thanks for having a hit with some Canada’s biggest influencers, @borna_coric! Next up: #RogersCup ? pic.twitter.com/bAzs8Bmett