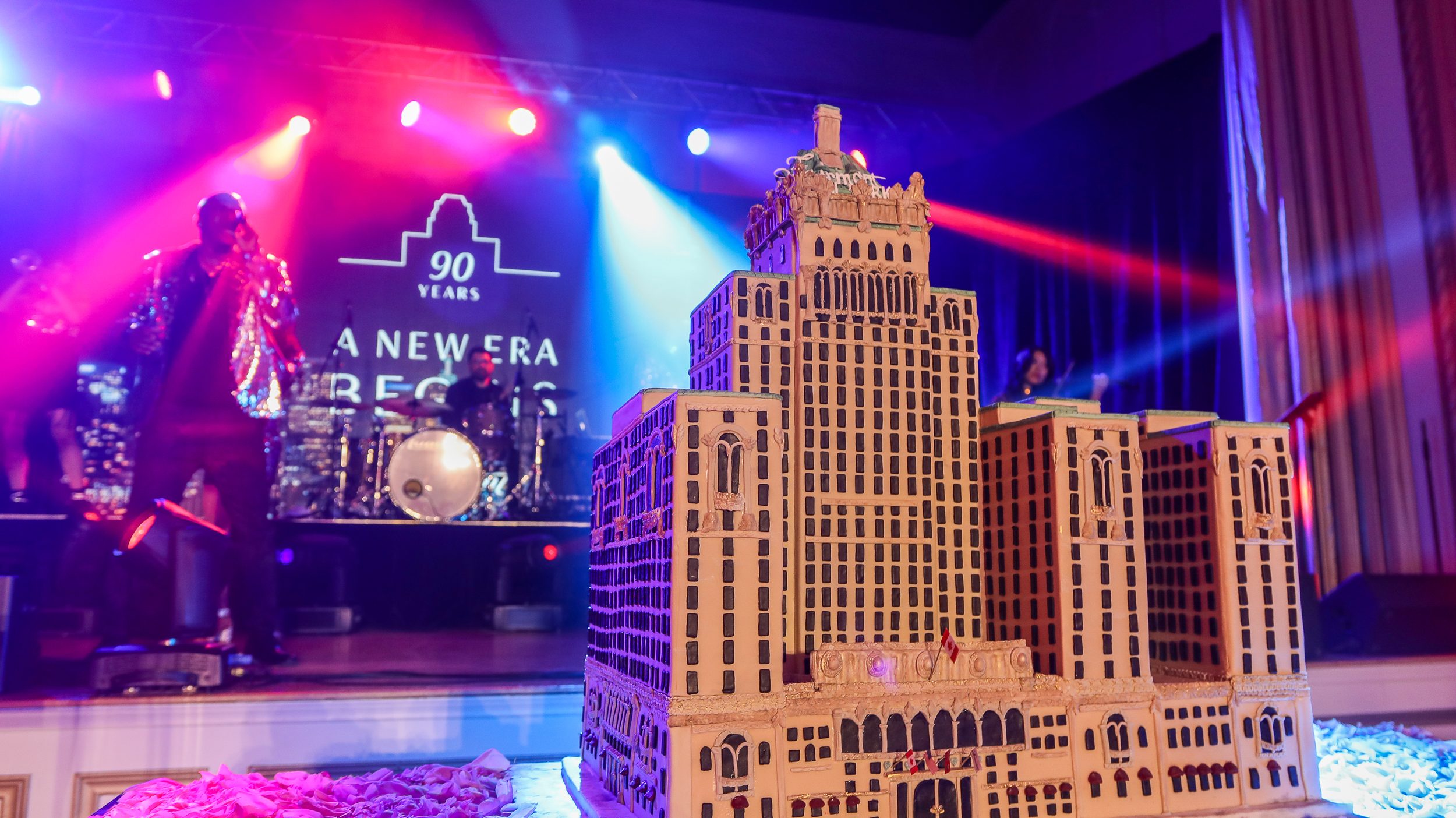 Happy birthday to the Fairmont Royal York! Last night the historic hotel celebrated its 90th birthday with a huge party, showing off the newly renovated lobby and ballrooms while toasting the hotel’s rich history.

Fun fact: when it opened, the hotel cost $2 per person each night, and Ontario trout in the dining hall was 85 cents.

There were hundreds of people celebrating between three halls in the hotel, with live music, cake cutting (the huge cake was shaped like the hotel), lots of treats and cocktails, plus fashion shows featuring Canadian brands.

What I especially love most of all is that the Royal York has retained the mood and atmosphere that has made it famous. The lobby and many of the main hotel spaces really honour the hotel’s history with a mix of 1920s Art Deco and the look and feel that’s reminiscent of classic railroad-era architecture with lots of squared-off lines accented by rounded furniture, warm stone, and rich wood tones.

The three main halls, including the Ballroom, Concert Hall, and Canadian Room have kept their distinct themes, with the modern Concert Hall surrounded in glass and metal, while the Ballroom has hardly changed and still looks like it’s from a wing of a classic French mansion, complete with the frescos on the ceiling.

In the Concert Hall, we watched the fashion shows, which featured Hilary MacMillan, Pink Tartan, 18 Waits, Stephen Caras, King & Bay, UNTTLD, Dalla, and Whyte Couture. Scroll down to the gallery to see a few of the shots from the runway–there were some incredible highlights, and I was thrilled to see King & Bay there.

Celebrity photographer George Pimentel was also at the event and taking portraits looking out over the lobby, so Aisha and I had the chance to pose for his lens. No surprise, but it’s one of the best photos we’ve ever had taken, so thanks to George for that.

Thanks to the Fairmont Royal York for the invite, and the wonderful evening. I can’t wait to check out the hotel more, and I’m really looking forward to sitting down for a meal at Reign.