A chat with Tom Felton 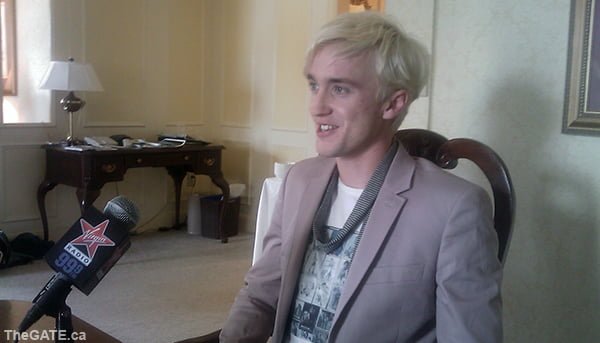 Earlier today I had the chance to sit down with Tom Felton, better known as Draco Malfoy in the Harry Potter franchise.

Felton was in Toronto to chat with press and meet with fans ahead of next week’s debut of the latest film in the series, Harry Potter and the Half-Blood Prince.

Stay tuned for more from the interview on Friday, but for now here’s a clip of Felton discussing the rise of the franchise, and how it has affected him, including on the streets of America.

All these HP young people have been gracious and attentive. They somehow seem to maintain being real during all this frenzy. I hvae enjoyed reading their interviews and opinions. They say the same things over and over, but are always polite. Polite in this day and age is great and merits them some kudos.