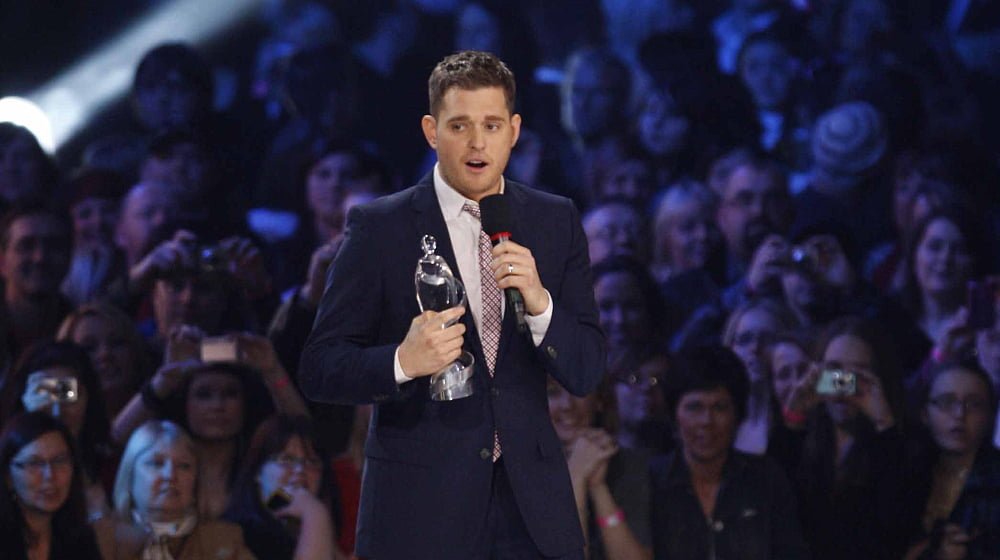 Recapping the 2010 Juno Awards: Music on the Rock 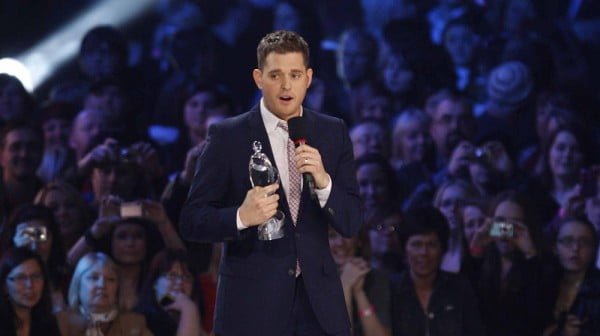 Michael Buble accepts an award at the 2010 Junos

Canada’s biggest artists rocked the Rock (that would be Newfoundland, for the record) as the 2010 Juno Awards telecast brought the music to the fans in St. John’s Mile One stadium.

It was a reserved evening for the Juno Awards, with little in the way of controversy, with the highlights coming mostly from the performances, rather than any of the speeches. That’s always a good thing, as much as it’s a disappointment, but the Junos deserve credit for running the show strictly on-time and as planned, at least for the most part.

Opening this year, Classified performed his single “Oh Canada” on the streets of St. John’s, and while it was not an ideal performance space, the song was the perfect choice to open the awards. I actually think this is a hugely overlooked single, and I can’t believe more people aren’t as addicted to it as I am.

Following Classified, Michael Bublé made his first of many appearances, performing “Just Haven’t Met You Yet.” The only problem with Bublé’s performance was that, like a few of the songs during the night, he just didn’t seem that energized. Bublé’s a solid performer, but he was more interested in wandering the stage and saying hi to fans than really belting out the tune like he does during his concerts.

From there, the Barenaked Ladies stepped out and bombed with some of the worst dialogue written for a television awards show. I don’t blame them, mind you, they just had nothing to work with, and the best comment they made was to point out that there would be no host for the show. Ditching the host this year did seem like the right thing to do, but it would have worked better if some of the people on stage had something more interesting to say than dull jokes and factual introductions.

As I mentioned, the strength of the Juno telecast is that it’s a lean machine, and they immediately jumped to the first award, Single of the Year, which rightfully went to Mr. Prince of Canadian Pop, Michael Bublé. (Bublé would be back not long after that to pick up the Fan Choice award, and at the end of the night for Album of the Year.)

Other performers during the night included Justin Bieber (who was very bubbly, but not that exciting a performer with his bubble-gum, pre-teen-friendly pop), country singer Johnny Reid, the mesmerizing Great Lake Swimmers, and of course, who could forget Drake.

The best performances of the night, however, came from Juno winners Metric (“Give Me Sympathy”), Billy Talent (“Saint Veronica”), Blue Rodeo (“One Light Left In Heaven”), and of course K’Naan (“Wavin’ Flag”).

Billy Talent rocked the stage like nobody else in a year that was very subdued, but Metric, Blue Rodeo, and K’Naan deserve every accolade. Their songs were just a notch quieter, but I have to say, I admire few artists like Emily Haines and Jim Cuddy.

In terms of the awards, April Wine were inducted into the Canadian Music Hall of Fame, although they seemed to get played off the stage pretty quickly, Drake won for Best New Artist and Rap Recording, Bryan Adams was honoured with the Allan Waters Humanitarian Award (although he was stuck in London, England thanks to the ash cloud over the Atlantic), K’Naan won Songwriter of the Year for “Wavin’ Flag,” and Bublé took the two aforementioned awards.

There was also one big highlight during the night, and of course I’m talking about Drake.

His performance was okay and all, but I’m talking about the fact that somehow he won two those Juno Awards, despite the fact that he hasn’t even released an album yet. Rap Recording was for a specific single, I’ll admit, but it still does not make sense to me.

While I’m all for a changing music landscape where maybe the world gets away from traditional releases, this just reeks of opportunism to honour someone with a lot of fans. k-os was far more deserving, but that’s just my take, of course.

My real highlight though were actually backstage in the media room (which I saw over a press webcast), where K’Naan called this all a “surreal, dreamy moment” in his life. Second place for moment of the night goes to the presenter for Album of the Year, who called Michael Bublé “Michael Bubble”.

My love of Canadian music knows no bounds, but it was not a very memorable year for me. It wasn’t entirely a dull night, but it was far more dull than it was exciting.

The Juno production seems to be geared on the wrong things, if you ask me. There is no time for memorable moments, personal asides from the artists, or anything that would make the show truly memorable.

I’m no event planner, but they just need to loosen up and give the show to a great host, or group of hosts, and give the performers and artists a chance to shine. Right now, it’s just a job to give out the awards, let some people play a few songs, and get out of there within two hours.

Hopefully, next year’s big anniversary show in Toronto will have a bit more flair.

Emily Haines of Metric performs at the 2010 Juno Awards

Emily Haines is sexy! haha great pic of her!
totally agree about drake! he needs to keep his ego in check too!