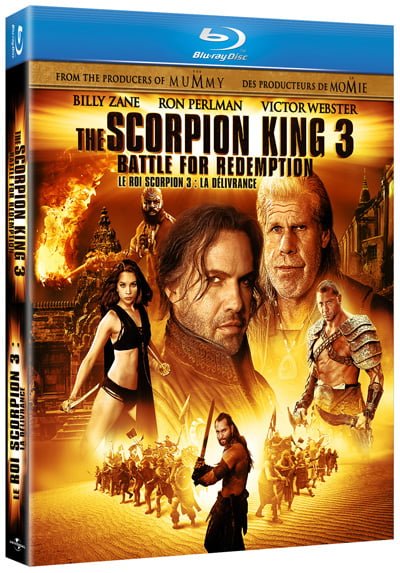 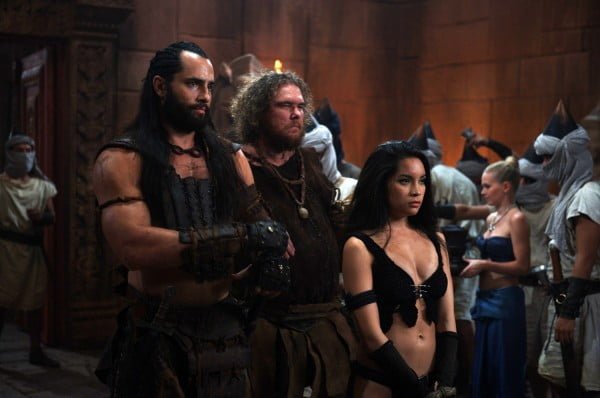 A scene from Scorpion King 3

Enter our giveaway for a chance to win one of five copies of Scorpion King 3: Battle for Redemption on Blu-ray, courtesy of Universal Studios Home Entertainment and The GATE.

Synopsis: Having lost his kingdom and beloved queen to a plague, Mathayus, the Scorpion King, has become an assassin for hire. Summoned by the Egyptian king Horus, Mathayus is offered a hefty bounty to defend an ally against the king’s ambitious and ruthless brother Talus. Agreeing to the job, Mathayus sets out on a dangerous adventure where he battles Talus’s army, warriors summoned from the dead and a mysterious group of ninjas led by Cobra. Paired with a tough and hardened warrior named Olaf, Mathayus must use his and strength and cunning to defeat the treacherous Talus and not only win back his kingdom, but earn his redemption.

Details: This giveaway is open to residents of Canada, where local laws permit, who are over the age of 18. Contest closes on Wednesday, January 18, 2012 at 11:59 AM. Chance of winning depends on total number of entries.