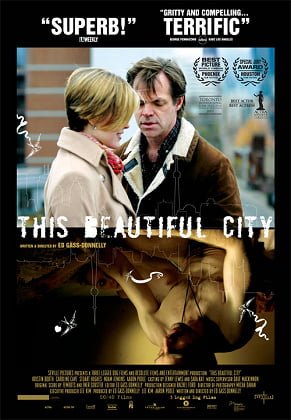 Win one of two This Beautiful City prize packs, including a copy of the original soundtrack and a t-shirt. Contest is open until June 2, at 11:59 PM (ET).

Written and directed by Ed Gass-Donnelly, This Beautiful City is a dark drama about five people drawn together following a horrible incident. Despite the chasm that separates them, the upper class versus the street life, these two couples and one police officer find deep connections, revealing a complex, difficult tale about the people, and the city around them.

The soundtrack features original music created exclusively for the film by Buck 65, The Ghost Is Dancing, and Shad, to name a few of the artists involved.