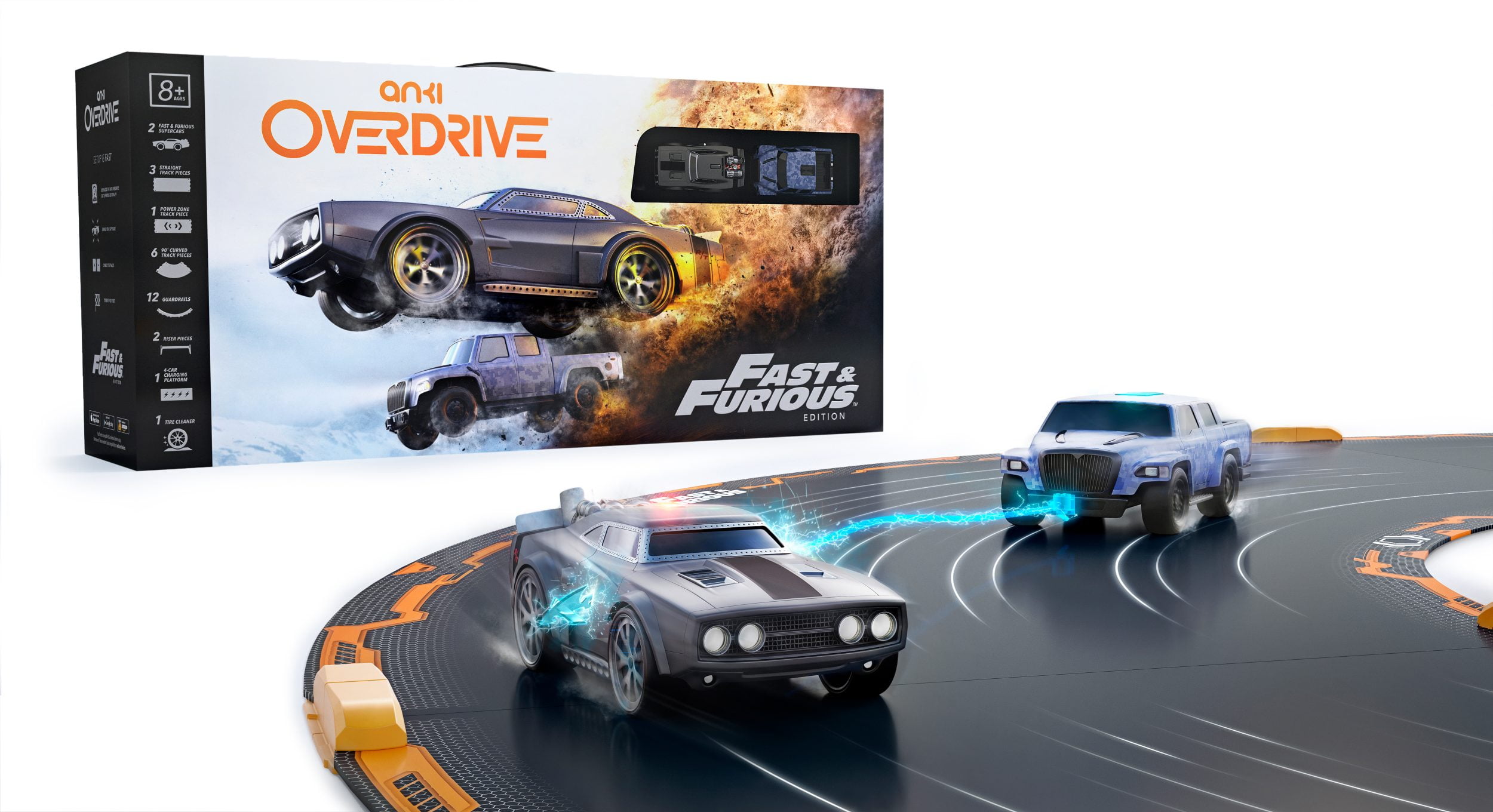 The GATE wants to help one lucky winner race into action this winter as they take control in Anki’s Overdrive: Fast & Furious Edition. The fast-paced action drops you right into the race, taking on the crew from the Fast & Furious films.

About Anki Overdrive: Fast & Furious Edition: Anki Overdrive pits you against AI-powered Supercars in a pulse-pounding game of speed and strategy. This special edition brings the Fast & Furious crew into the world of Anki Overdrive. Drive Dom’s Ice Charger or Hobbs’ MXT, race against characters from the films, and build more excitement into your track with a new exclusive track piece. Of note, the Fast Edition is featured in Amazon’s Top 100 Holiday Toys List for this year.

Giveaway Details: The GATE’s Anki Overdrive giveaway is open to residents of Canada who are over the age of 18. Contest closes on December 20, 2017 at noon (ET). The chance of winning depends on total number of entries. This prize is valued at approximately $239. One entry per person. The prize cannot be exchanged for cash or any other form of credit and the prize may not be exactly as shown. The GATE reserves the right to make substitute the prize for another of equal or greater value.