Let Thor electrify you in Thor: Ragnarok, as the god of thunder (and lightning) takes on a sister he didn’t even know he had. Enter now for a chance to win one of three copies of Thor: Ragnarok on Blu-ray courtesy of Marvel Studios.

In Marvel Studios’ Thor: Ragnarok, the God of Thunder’s third installment in the Marvel Cinematic Universe, Thor is imprisoned on the other side of the universe without his mighty hammer and finds himself in a race against time to get back to Asgard to stop Ragnarok–the destruction of his homeworld and the end of Asgardian civilization–at the hands of an all-powerful new threat, the ruthless Hela. But first he must survive a deadly gladiatorial contest that pits him against his former ally and fellow Avenger–the Incredible Hulk!

Giveaway Details: The GATE’s Thor: Ragnarok giveaway is open to residents of Canada who are over the age of 18. Contest closes on March 14, 2017 at noon (ET). The chance of winning depends on total number of entries. This prize is valued at approximately $25. One entry per person. The prize cannot be exchanged for cash or any other form of credit and the prize may not be exactly as shown. The GATE reserves the right to make substitute the prize for another of equal or greater value. 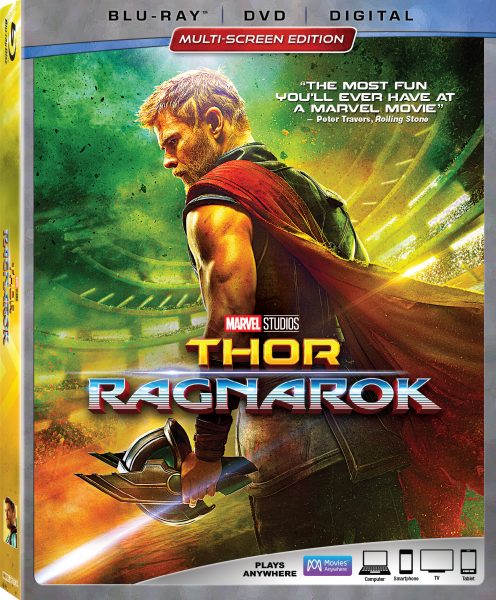